News
Business
Movies
Sports
Cricket
Get Ahead
Money Tips
Shopping
Sign in  |  Create a Rediffmail account
Rediff.com  » Cricket » PIX: How Kohli is making most of his off time

PIX: How Kohli is making most of his off time

The Asia Cup lost some of its sheen with his absence, but who can grudge the skipper his rest and recreation? 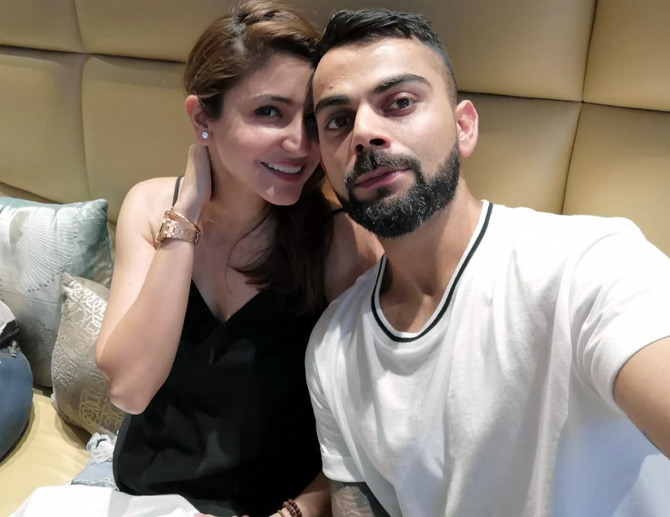 Virat Kohli seems to be making the most of some rare off time from the cricket pitch.

Having been rested for the Asia Cup following a gruelling tour of England which lasted nearly three months, Virat is spending quality time with the missus, family and friends. 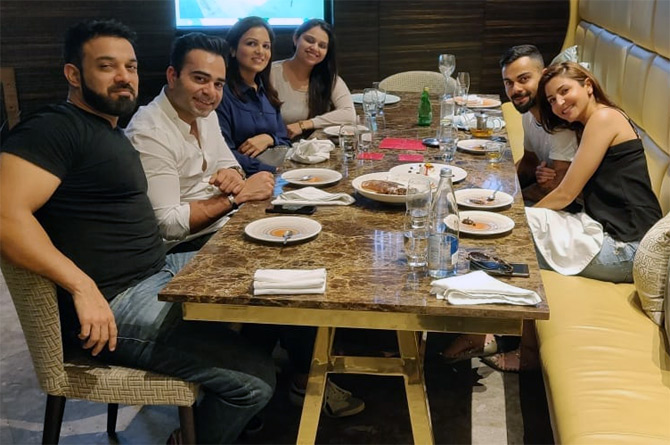 The Asia Cup lost some of its sheen with his absence, but who can grudge the skipper his rest and recreation?

'Well done boys. What a joy to watch. Great win for us. Onwards and upwards #INDvPAK #AsiaCup2018', Virat tweeted after Sunday's game.

The captain also had a meal at his New Delhi restaurant Nueva Bar and Dining with wife Anushka Sharma, elder sister Bhawna Kohli Dhingra, brother Vikas Kohli and their spouses.

And plugged Nueva's cuisine, tweeting: 'Great lunch today at @nueva_world, food was outstanding and the company couldn't have been better. Great place for food lovers like us. #Favourite #Nueva PS- Don't miss the chimichuri mushrooms! :)' 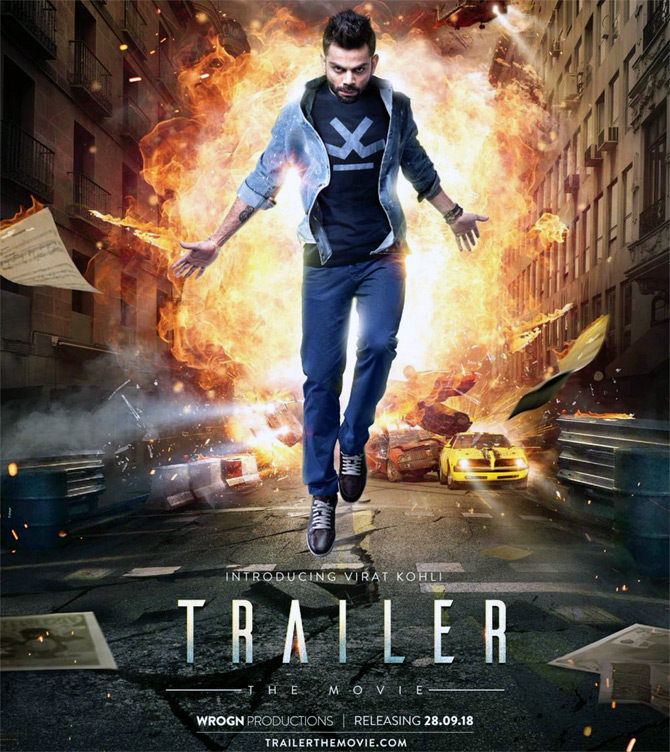 'Another debut after 10 years, can't wait! #TrailerTheMovie http://www.trailerthemovie.com,' he tweeted along with the poster of Trailer the Movie. 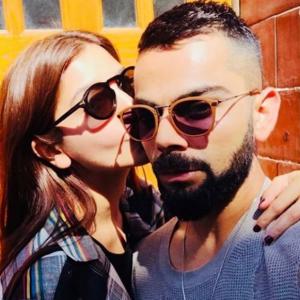