Images from Day 5 of the first Ashes Test between England and Australia, at Edgbaston, on Monday. 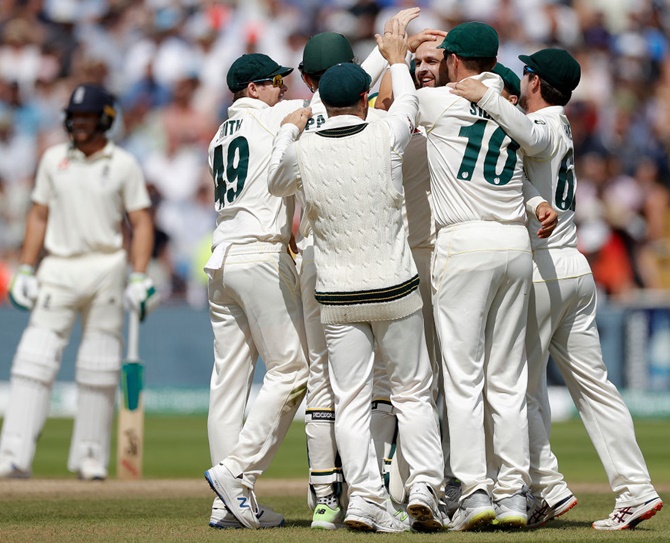 Australia spinner Nathan Lyon made light work of England's batting line-up as the hosts were bowled out for 146 in their second innings, losing the first Ashes Test by 251 runs to give the visitors a 1-0 lead in the series. 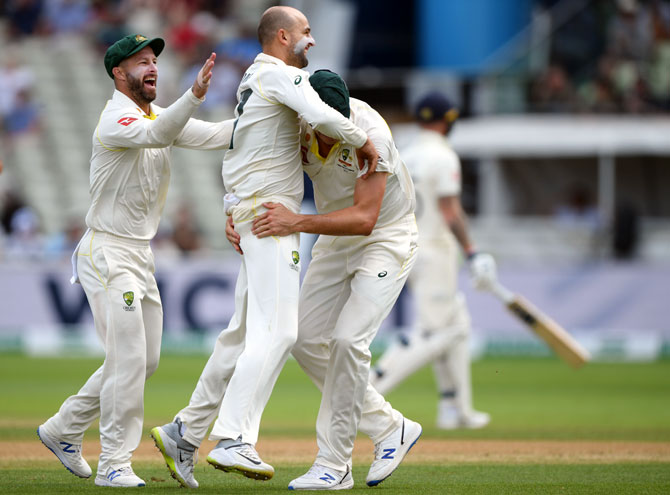 Fellow opener Jason Roy (28) looked in good shape until he was bowled when coming down the pitch, before Joe Denly (11) and the key wicket of England captain Joe Root (28), having been saved by two earlier reviews, were out before lunch.

The wickets kept tumbling in the afternoon, with England's middle order collapsing for the second innings in a row, before Lyon ripped through the tail for finish with figures of 6-45 as Australia picked up a first win at Edgbaston in 18 years. 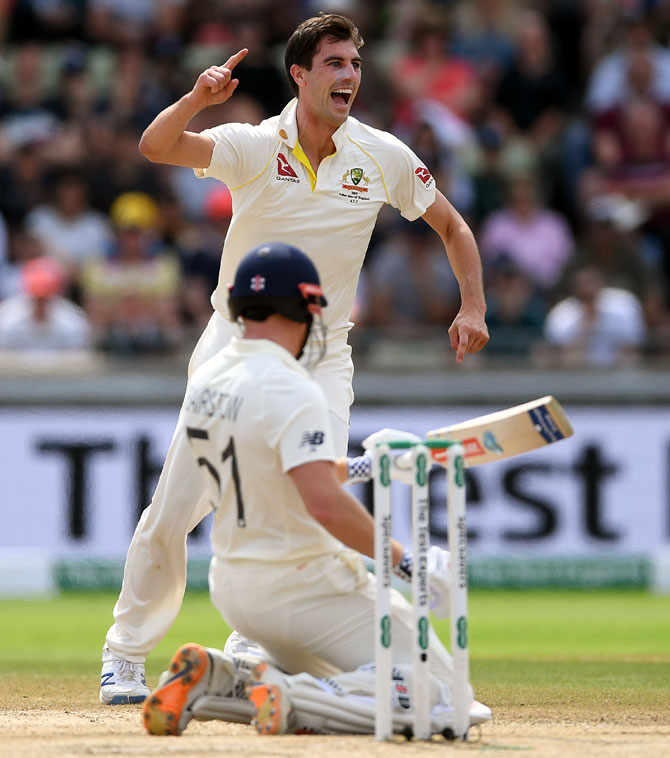 Burns did not last long at the crease this time around, lofting a bouncer from Pat Cummings to Lyon at backward point.

On-field umpire Joel Wilson's poor Test continued after Root was twice saved on review, meaning eight of Wilson’s decisions have been overturned in this Test. 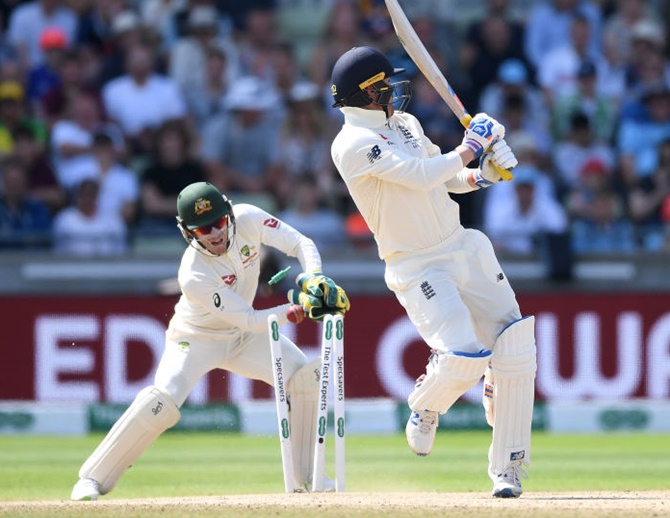 Lyon then got his first wicket as he enticed a big shot from Roy, which he got badly wrong, wildly swinging and missing the ball completely.

An inside edge onto pad saw Denly caught off Lyon, before Root's luck ran out, with Cameron Bancroft taking a fine catch.

After Root's dismissal, it felt very much like a matter of time until England's resistance was broken and in the first over after lunch, Jos Buttler was clean bowled for one.

A bizarre shot from Jonny Bairstow saw him caught in the slips off his glove for six, with Ben Stokes out the next ball -- Lyon's 350th Test match victim. 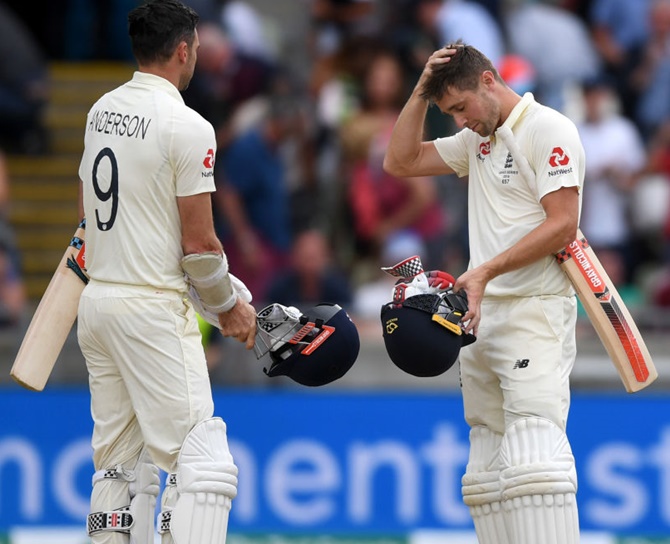 Moeen Ali (4) failed to produce with the bat once more as Lyon struck again and again with Broad falling for a golden duck.

Chris Woakes was last to go as he top scored with 37, with Cummings' fourth of the innings clinching a first opening game win in an Ashes series in England for Australia since 2005.

© Copyright 2020 Reuters Limited. All rights reserved. Republication or redistribution of Reuters content, including by framing or similar means, is expressly prohibited without the prior written consent of Reuters. Reuters shall not be liable for any errors or delays in the content, or for any actions taken in reliance thereon.
Related News: Joe Root, Nathan Lyon, Australia, Joel Wilson, England
SHARE THIS STORYCOMMENT
Print this article 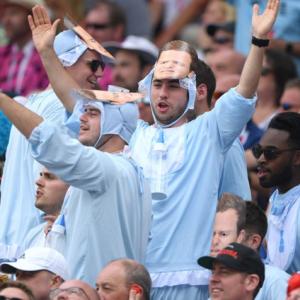 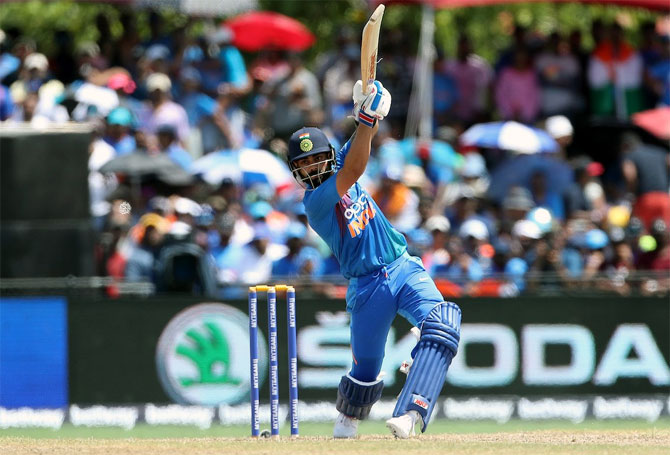