PHOTOS: A starry night in Bengaluru 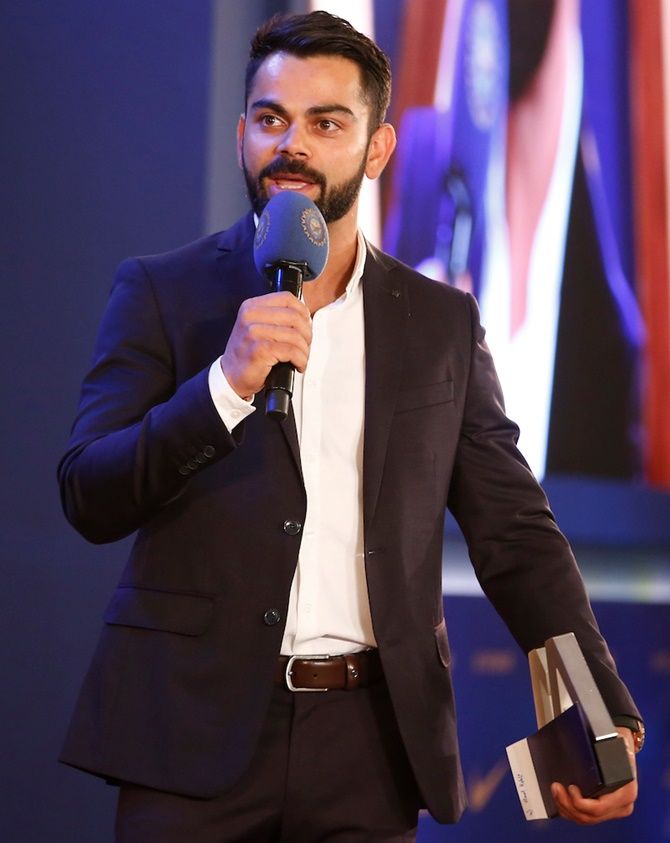 Indian captain Virat Kohli and spin ace Ravichandran Ashwin were on Wednesday honoured for their phenomenal run of form through the season in the Board of Control for Cricket in India Awards Night 2017 in Bengaluru.

Kohli won the Polly Umrigar award for best international player of 2015/16, becoming the first player to get the award three times. 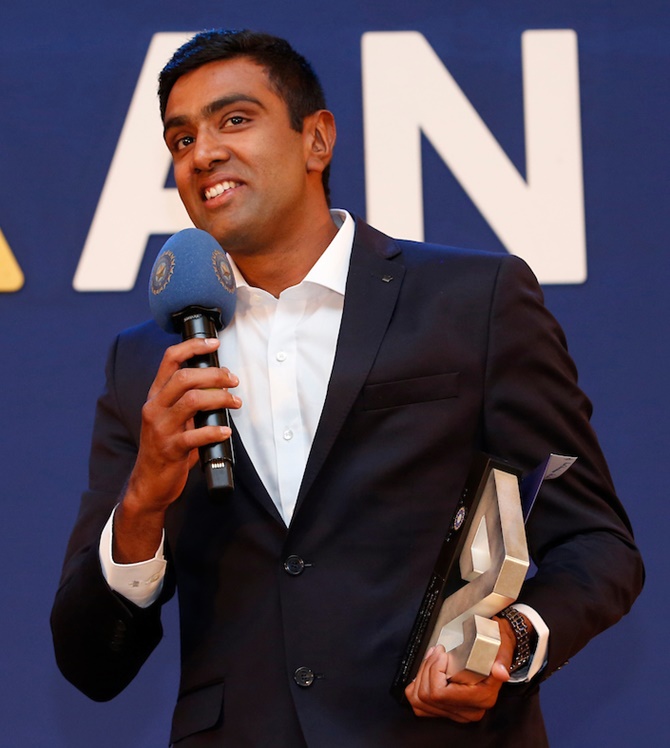 Much like his skipper, Ashwin too has been on a record-breaking spree in the ongoing season, winning the CK Nayudu award for his performance in the West Indies in 2016. He picked up 17 wickets in four Tests, including a haul of 7/83 in North Sound.

On receiving the award, Kohli said, "It's been quite unbelievable the last 10 to 12 months. I am not bothered who thinks what. This is the attitude in dressing room. We learn to win together and lose together. I wanted to be the best in all formats. I saw it as an opportunity and I decided to follow a path and the whole team believed it."

Former India wicketkeeper Farookh Engineer, who delivered the MAK Pataudi lecture, had nothing but only praise for the legendary captain. 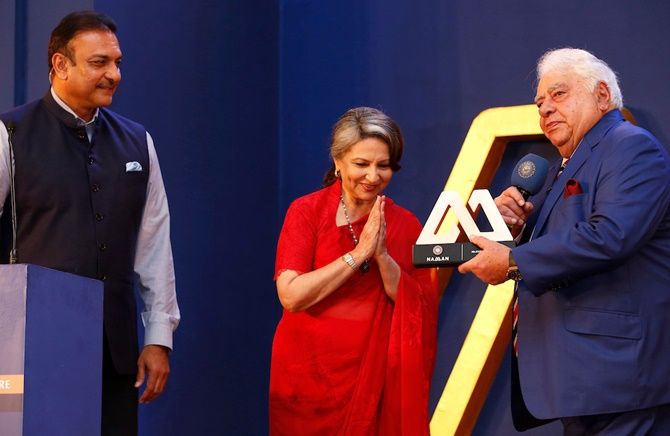 Engineer urged everyone to know and respect the contributions made by Pataudi to Indian cricket, saying that the Tiger was "still a world-class player despite losing one eye".

The awards night was being held a day after India's win series-levelling win over Australia in the second Test of the ongoing four-match series.

Source: PTI© Copyright 2021 PTI. All rights reserved. Republication or redistribution of PTI content, including by framing or similar means, is expressly prohibited without the prior written consent.
Related News: Board of Control for Cricket in India, Virat Kohli, Ravichandran Ashwin, IMAGE, MAK
SHARE THIS STORYCOMMENT
Print this article