News
Business
Movies
Sports
Cricket
Get Ahead
Money Tips
Shopping
Sign in  |  Create a Rediffmail account
Rediff.com  » Cricket » Pakistan to give own award to Ajmal after ICC snub

Saeed Ajmal will receive a special award from the Pakistan Cricket Board after the spin bowler was left off the shortlist for the International Cricket Council's Player of the Year, chairman Zaka Ashraf said on Monday.

The omission of the top-ranked One-Day International bowler from the shortlist has caused anger in Pakistan and the team could boycott the ICC awards ceremony, due to take place in Sri Lanka's capital Colombo on September 15. 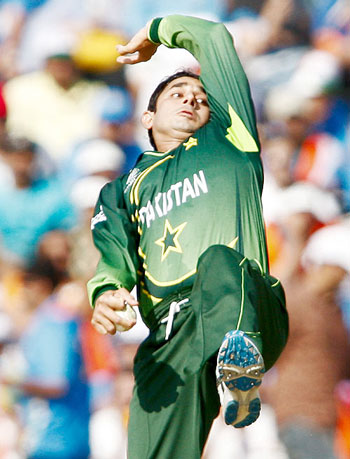 "Saeed Ajmal, we still say you're the number one bowler in the world and the PCB recognises you, and whether someone gives you the prize, that is immaterial, we don't care," Ashraf told a function for the Pakistan squad, in Dubai to face Australia.

"We congratulate you and when you come back home (after the World Twenty20) we will give you a prize for being the number one bowler in the world."

Ajmal is top of the ICC's own list of bowlers in One-Day International cricket and is ranked third in Tests but was not nominated for any individual prize in the annual ICC awards.

During the period under consideration for the award - August 4 2011 to August 6 2012 - Ajmal took 120 wickets in Tests, ODIs and Twenty20 internationals, including 24 wickets in three Tests against England in January and February.

"The PCB hasn't decided as yet on a boycott (of the ICC awards ceremony). That would be an extreme step," Ashraf said.

"(But) we are under extreme pressure. There have been demonstrations in Pakistan, people have come out in support of Saeed Ajmal and we have conveyed the feelings of the people of Pakistan to the ICC.

"It has been taken up in parliament in Pakistan, there's a big debate going on and I don't know what the decision's going to be on that."

Off-spinner Ajmal was reported in 2009 for having a suspect bowling action but was cleared by the ICC.

Ashraf also used the function -- held to say farewell to the squad ahead of the World Twenty20 in Sri Lanka - to announce the idea of a domestic Twenty20 league, something he hopes will help bring international cricket back to Pakistan.

"We're going to have league matches in Pakistan and probably next March is our target. You will find international players will come over and play there and so that will be one of the major breakthroughs so teams can start coming."

Pakistan has not hosted Tests, ODIs or T20s since March 2009 when the Sri Lanka squad and match officials were targeted by gunmen in Lahore, leaving six Pakistani policemen and a driver dead.

A tour by Bangladesh fell through in April.

Ashraf did, however, rule out the possibility of playing a series against India in their current "home" of the United Arab Emirates.

"We have already suggested that to the Board of Control for Cricket in India but they have reservations about the UAE, they don't want to come and play here," he said.

Although the two sides have met regularly in multi-team tournaments, they have not played each other in a bilateral series since December 2007.

© Copyright 2022 Reuters Limited. All rights reserved. Republication or redistribution of Reuters content, including by framing or similar means, is expressly prohibited without the prior written consent of Reuters. Reuters shall not be liable for any errors or delays in the content, or for any actions taken in reliance thereon.
Related News: Pakistan Cricket Board, ICC, Zaka Ashraf, Sri Lanka, United Arab Emirates
COMMENT
Print this article
BCCI turns down PCB request of hosting ODI at Mohali
Australia slump below Ireland in T20 rankings 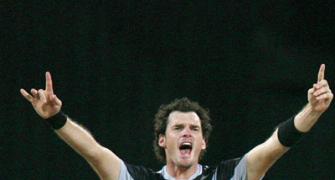 'It is an exciting time for New Zealand cricket' 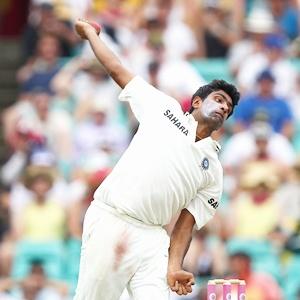 Ashwin rises to 4th; Ajmal No. 1 bowler in ODIs