Pakistan Cricket Board (PCB) will be reviewing the one-year performance of national team's head coach and chief selector, Misbah-ul-Haq, before the home series against Zimbabwe.

PCB CEO Wasim Khan told the media that he and Chairman Ehsan Mani would be meeting with Misbah very soon to discuss his performance.

"We will also ask him about his future plans particularly for the coming home series against Zimbabwe. Whether he has any plans to try out youngsters against them or not," Wasim Khan said.

Misbah was named head coach and chief selector last year in October after the board released foreign coach Mickey Arthur and his support team following Pakistan's failure to qualify for the World Cup.

A reliable source said that when the PCB top officials meet Misbah, they would also be making it clear to him about the board's new ethics code which does not allow any employee of the board to hold dual jobs.

Khan also made it clear that due to commitments, he and Ehsan Mani could not have a meeting with Misbah and Test captain Azhar Ali over their interaction with Prime Minister Imran Khan in which they pleaded for allowing departmental teams to take part in domestic cricket.

Mani has already said that he was not happy with the way Misbah and company directly approached the Prime Minister to discuss domestic cricket matters.

Cricket South Africa will send a two-member delegation to Lahore next month to assess the security and COVID-19 situation in Pakistan before taking a final decision on whether the Proteas will travel, in Karachi, in January for a series.

The Pakistan Cricket Board confirmed that the South African delegation will visit Lahore during the four remaining matches of the Pakistan Super League being held between November 14 and 17.

"It is a good sign that Cricket South Africa is sending a delegation although the board has already been regularly briefing them on the security and COVID-19 situation in Pakistan which is under control," an source in the Board said.

He said that the PCB had invited CSA to tour Pakistan in January and Pakistan would play in South Africa in April after the PSL 6.

"It is still not decided whether South Africa will only play white ball matches in Pakistan or also some Tests. The PCB is keen to have Tests against them at home. But the schedule of both tours would be finalised once the delegation gives the clearance to their board," the source said.

In all probability, it appears South Africa will settle to play ODIs and T20 matches in Pakistan. If the series takes place, it would be the first time since 2010 that the PCB would be hosting a major Test side at home.

Ever since terrorists attacked the Sri Lankan team bus in Lahore in 2009, top teams like England, Australia, South Africa and New Zealand have not toured Pakistan because of security concerns while India has suspended all bilateral ties with the country since the 2008 Mumbai terror attack.

The source said if the South Africa tour goes ahead, it would pave the way for other top teams to also play in Pakistan.

The last time South Africa played in Pakistan was in the 2007/08 season.

Pakistan will be hosting Zimbabwe at home in October-November for a white-ball series. The country hosted Tests against Sri Lanka and Bangladesh last season. 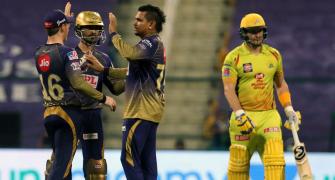 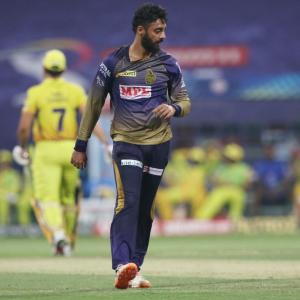