It was a surreal moment, says Chakravarthy 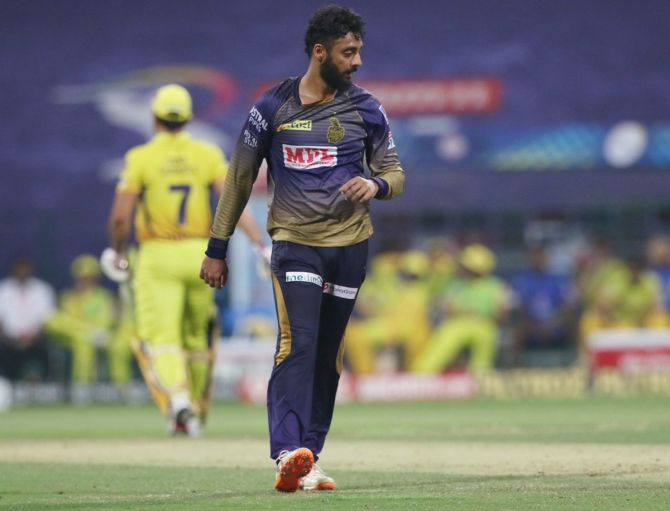 If playing against him was not enough, Varun Chakravarthy ended up bowling Mahendra Singh Dhoni out and described the moment as 'surreal', three years after watching him from the stands at Chepauk with big dreams in his eyes.

Chakravarthy, a mystery spinner, capped off what was a memorable day for him in the Indian Premier League by getting photographed with the World Cup-winning skipper.

"Three years back, I used to come to the Chepauk stand and sit with the audience, crowd," he told Rahul Tripathi in a video posted by iplt20.com.

"I used to come just to see Dhoni batting. Now I bowled against him. It was a surreal moment for me."

Chasing a tricky target of 168 on a slow pitch, the veteran was just bracing up to cut loose when the 29-year-old spinner from Tamil Nadu spoiled his plans. 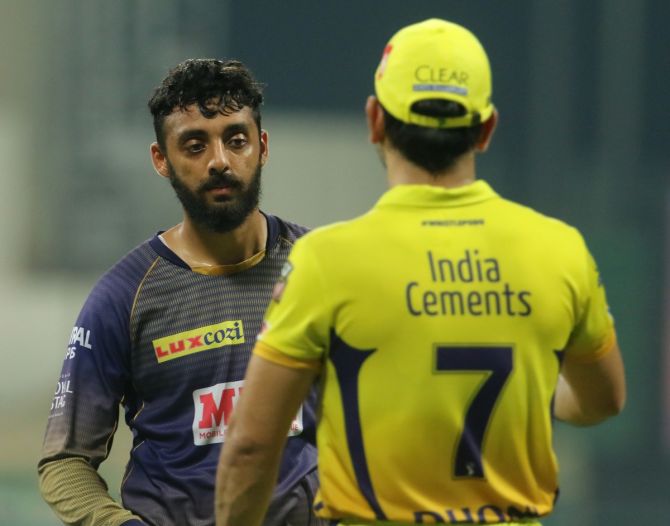 "Today's wicket was very flat. My thought was, it was a 180-run wicket. So it was not turning a great deal. Mahi bhai was going well. I just thought that if I can land the ball in good length I might have a chance to take his wicket."

"Thankfully, I was able to execute it well. After the match I took a picture with Dhoni sir. I just want to say one thing in Tamil - Thala, thala dhaan."

While Chakravarthy picked up the big wicket of Dhoni, Tripathi won the Man-of-the- Match award for his excellent 81 after being promoted as an opener.

Tripathi told Chakravarthy, "There was a big fanboy moment even for me when I played for RPS and saw him for the first time. You got photographed with him today. I know he's a hero for all of us, how do you feel about it?"

Having missed the first three games, Tripathi made an impact in the last two matches for KKR.

"I think it's been really fun. We have spent a lot of time together at KKR academy. Starting from there, there is a belief among everybody, from the coaching staff. Abhishek (Nayar) dada has worked really well with us mentally and technically."

"That has helped a lot in being positive. I was enjoying the moment and preparing even when I wasn't playing. I was just thinking about contributing to the team," Tripathi said.

Son of an Army man, he added, "I think my knock has become better because you guys bowled really well and we won the game. My knock is good because of you guys bowling the special middle overs." 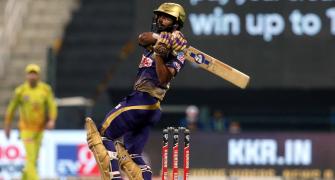 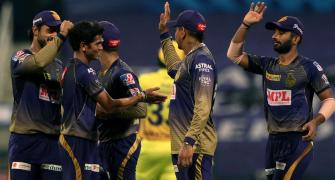 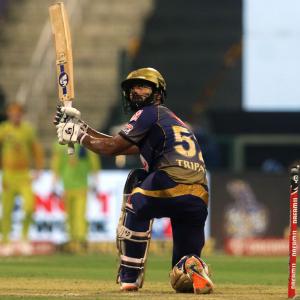 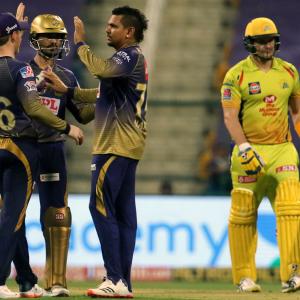