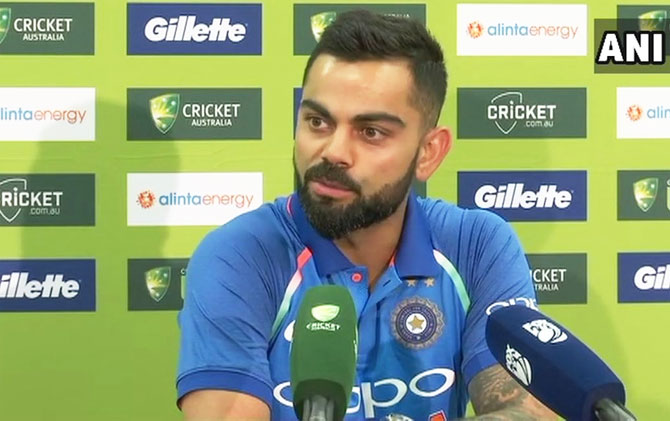 Indian captain Virat Kohli on Friday condemned sexist and racist comments made by teammates Hardik Pandya and KL Rahul on a television show, saying, we don’t align with those views.

"I can definitely say that as the Indian cricket team and responsible cricketers we definitely don't align with those views and those are purely individual views. The two concerned players (have) felt what has gone wrong and they have understood the magnitude of what's happened.

"Definitely it has to hit anyone hard, they will definitely understand the things that have not gone right. We are still waiting for a decision to be made," he said.

Pandya, along with teammate KL Rahul, face potential suspension from the BCCI for their controversial comments on women on the chat show Koffee With Karan.

The duo were also, on Wednesday, issued show cause notices by the BCCI for their comments about women on the show.

While COA chief Vinod Rai has recommended a two-match ban for the players, BCCI treasurer Anirudh Chaudhry recommended a suspension pending inquiry and a gender sensitisation programme for the errant duo.

It has also been learnt that streaming app, Hotstar has taken down the episode featuring the cricketing duo over their crass comments.

When asked if this had an impact on the dressing room after a first-ever Test series win in Australia, and if it causes a distraction as the Men in Blue start their preparation towards the 2019 World Cup, Kohli said, "Whatever has happened is unfortunate but there are certain things that are out of your control.

"You just need to sit back and wait and watch them unfold. From the combination and team balance point of view, yes, when something like that happens you will have to think of what is the combination you need to go in with now."

"You don't have control over these things so you have to adjust with the situation and address it the way it comes to you and the way it unfolds. That's how we're looking at it. The combinations will have to be thought about once the decision comes out (from the BCCI) and from there on, we will see what needs to be done about the whole situation. We all are waiting just like everyone to understand what the decision will be.

"But from the Indian cricket team point of view this changes nothing in terms of our beliefs in the change room. It does nothing to the spirit that we've been able to create within the change room and these are purely individual opinions and something which as I said is inappropriate," Kohli added. 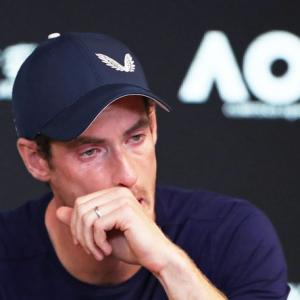 Andy Murray says he may retire after Australian Open 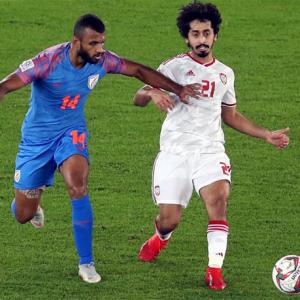