Chennai Super Kings seem to have gone off the boil as they approach the business end of the IPL.

CSK head into the play-offs with a lot of thinking to do, having lost their last three games. They finished their league assignments with a thumping six-wicket loss to Punjab Kings, who cantered home with seven overs to spare.

CSK batting was once again a big let down. Put in to bat, CSK suffered an early blow when the in-form Ruturaj Gaikwad was dismissed by Arshdeep Singh for 12. The pacer also got Moeen Ali for a duck.

Robin Uthappa (2) could not last long as he holed out to deep square leg off Chris Jordan. Ambati Rayudu also fell to the same bowler for 4, as CSK slipped to 42/4 in the ninth over.

Captain Mahendra Singh Dhoni struggled for 12 from 15 balls before he was beaten all ends up by young leg-spinner Ravi Bishnoi.

Dhoni, who struggles against spin, failed to read the googly which went off the inside edge on to the stumps.

With half their side back in the dugout by the 12th over, CSK could never really recover.

Faf du Plessis batted patiently before he cut loose in the final few overs, hitting 76 from 55 balls, to rally CSK to 134/6 in their 20 overs.

Punjab Kings wasted no time as they cruised to victory in 13 overs, with K L Rahul smashing an unbeaten 98 from 42 balls. 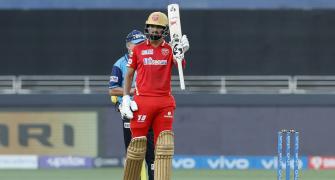 Dhoni 'uncertain' about playing for CSK next year 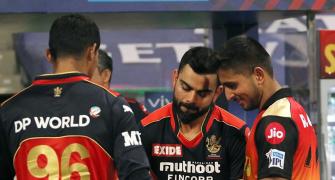 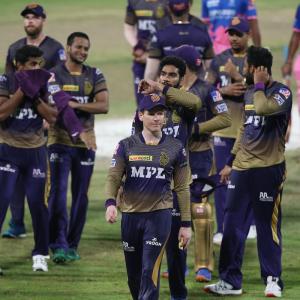 IPL PIX: KKR all set for play-offs after Royals rout 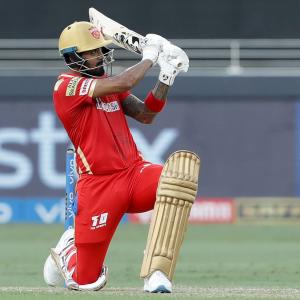