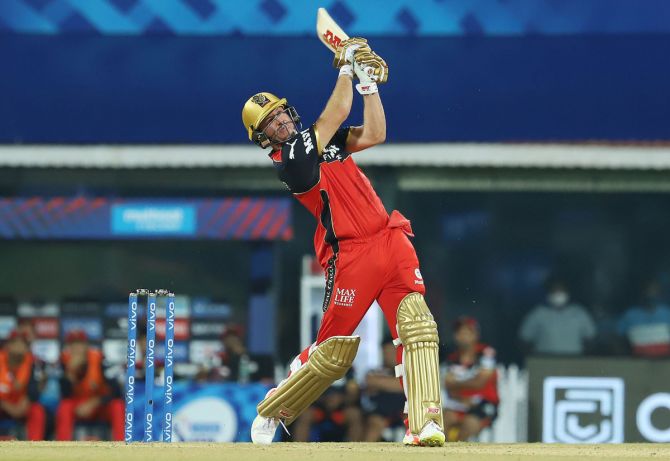 IMAGE: A B de Villiers hits a six during the IPL 2021 opener against the Mumbai Indians in Chennai on Friday, April 9, 2021. Photograph: BCCI

IPL 2021 got off to a perfect start as A B de Villiers' stunning late assault helped Royal Challengers Bangalore upset champions Mumbai Indians by two wickets in a last-ball finish in the opening game in Chennai on Friday.

After being set 160 for victory, RCB looked in control at one stage as they reached 95/2 in 12 overs.

Virat Kohli looked determined to bat till the end, while RCB's new recruit Glenn Maxwell took on the spinners in the middle overs to bring the equation in control.

Jasprit Bumrah changed the script, getting the big wicket of Kohli, trapped leg before for 33.

De Villiers, whose last competitive game was in IPL 2020's Eliminator on November 7, was back on the field after five months and two0 days, but despite that he showed no signs of rustiness.

With 54 needed from 5 overs for victory and wickets falling at the other end, Mr 360 decided it was time to change gears.

He went after leg-spinner Rahul Chahar, lofting him inside out over the covers for a four and lofted the next ball straight down the ground for a six.

That brough the momentum back for RCB before Bumrah struck again with Dan Christian's wicket.

AB took the attack to Trent Boult, hitting him for a six over long-off and then hammered a full delivery straight for a four.

15 runs from the 18th over bowled by Boult brought the equation down to 19 from two overs for victory.

Bumrah was not spared as de Villiers carved the first ball of the 19th over for a boundary over cover. Two balls later, he upper cut a short ball over short thirdman for another boundary to get 12 from the penultimate over.

With seven needed from the last over for victory, de Villiers and Harshal Patel got four runs from the first three balls before AB was run out going for an impossible second run.

De Villiers walked back after a sensational match-turning innings of 48 from 27 balls, hitting two sixes and six fours, to take the match away from MI's grasp. 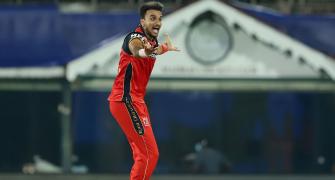 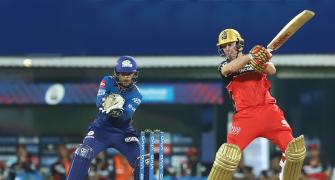 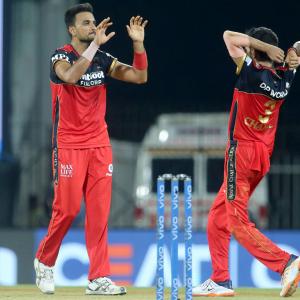 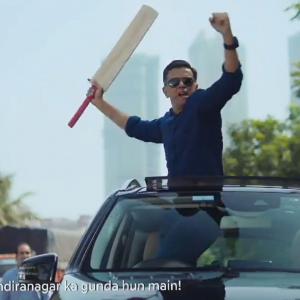