The decision to trade Trent Boult to the Mumbai Indians came back to hurt the Delhi Capitals yet again.

The Kiwi pacer was Mumbai's hero with the ball in the IPL Final as he came up with a match-winning spell to restrict Delhi to 156-7 after DC elected to bat first in the title clash.

Boult was on the money right from the start. He struck with the very first delivery of the match, having Marcus Stoinis caught behind for a golden duck.

He got the ball to move away from the right-hander, who poked from the crease, but was done in by the extra bounce and got a thick outside edge which was easily pouched by wicket-keeper Quinton de Kock.

Boult then crippled Delhi further with Ajinkya Rahane's wicket in his next over. The right-hander missed the flick off his pads, the ball took the edge and he was caught down the leg side by de Kock.

The left-armer would have had another one soon after as Shreyas Iyer edged a wide delivery, but it flew over de Kock for a four.

Courtesy Boult's double strike, Delhi were on the backfoot right from the start.

The in-form Shikhar Dhawan was again left with a lot to do on his own, but this time he succumbed to the pressure. He perished in his quest to counter-attack as he tried the slog sweep off Jayant Yadav but was beaten all ends up, bowled for 15.

Delhi were left reeling at 22-3 in the fourth over, having suffered a similar fate in Qualifier 1 against the same opponents.

However, this time Captain Shreyas Iyer (65) and Rishabh Pant (56) got the Delhi innings back on track with a 96 run stand for the fourth wicket, before Pant was dismissed by Nathan Coulter-Nile in the 15th over.

Boult made things worse for Delhi at the end when he got the wicket of dangerman Shimron Hetmyer for five, completely deceiving the West Indian with a slower ball which he ended up slicing it straight to the fielder at short third man.

Boult finished with splendid figures of 3-30 in his four overs, which included as many as 12 dot balls, to help restrict Delhi to a below-par total.

Champions Mumbai Indians were never really troubled in the run chase as they cruised to an emphatic five wicket win to clinch their fifth IPL title.

It was a dream season for Boult as he finished as the third highest wicket taker in IPL 2020 with 25 wickets from 15 games, behind Kagiso Rabada (30) and Jasprit Bumrah (27). 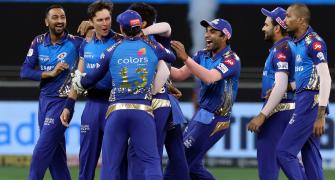 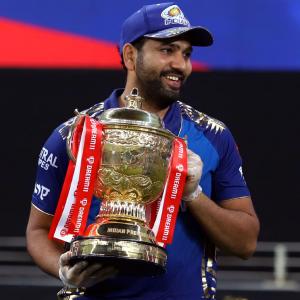