Royal Challengers Bangalore Skipper Virat Kohli turned 32 on Thursday and his team also booked a place in the playoffs for the first time since 2016.

There was double celebration for RCB and their skipper. A video of the celebration from the team hotel in the UAE has surfaced showing Virat cutting the birthday cake.

In that messy Indian cricketers's tradition, RCB players smeared cake all over Virat's face and hair.

'How it started, how it ended. Captain Kohli's birthday celebration was as smashing as his batting!' RCB noted. Dhanashree Verma, Yuzvendra Chahal's fiancee, noted: 'Happy birthday @virat.kohli. I feel extremely lucky to be celebrating your birthday with the best people around @anushkasharma @yuzi_chahal23. You are an inspiration to many and you guys are the most sweetest people I have come across. Keep growing and keep inspiring.''

Take a look a the 'smashing' celebration: 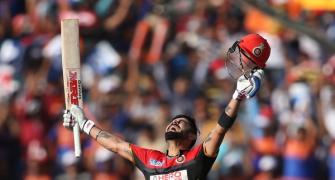 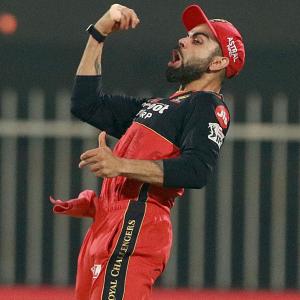 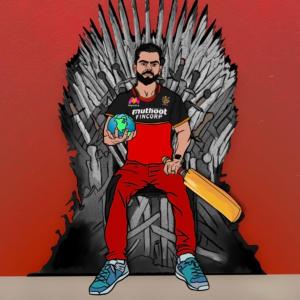