Game 50 of IPL 2020 will see the Kings XI Punjab take on the Rajasthan Royals at the Sheikh Zayed Cricket Stadium in Abu Dhabi. 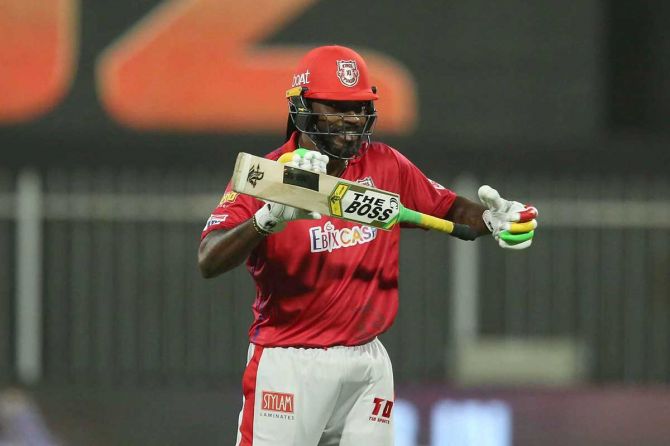 IMAGE: Chris Gayle, who has clearly made a difference for the Kings XI Punjab after missing the early games, raises his bat after scoring a fifty against the Kolkata Knight Riders at the Sharjah Cricket Stadium, October 26, 2020. Photograph: Deepak Malik/Sportzpics for BCCI/IPL

Both teams have played twelve games each.

Rajasthan Royals have five wins and both teams are vying for a place in the IPL 2020 playoffs. 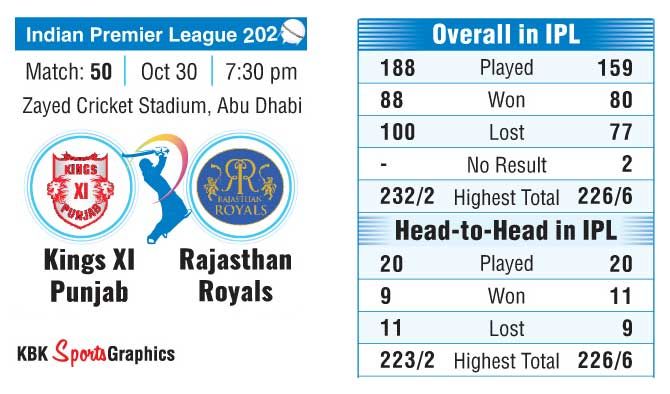 Can KXIP make it six wins in a row? Time to vote, guys! 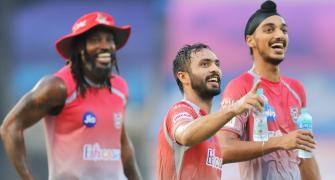