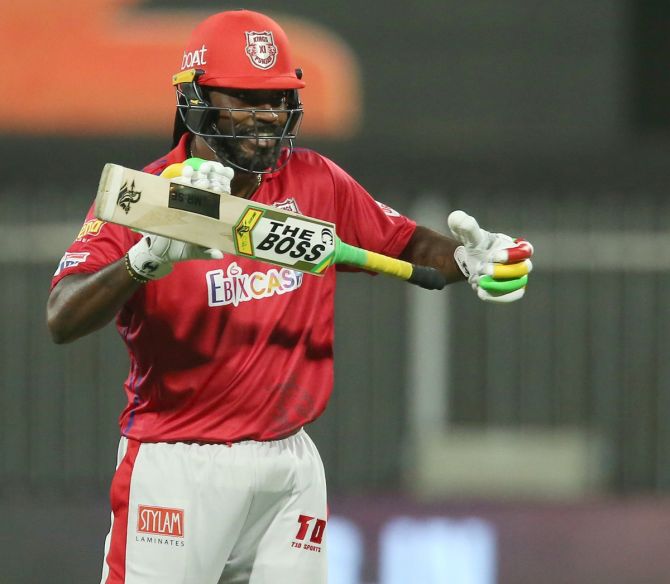 Kings XI Punjab turned in a fine all-round performance to thrash Kolkata Knight Riders by eight wickets and stay in contention for a play-offs berth in the Indian Premier League on Monday.

Opting to field, their bowlers dished out a disciplined show, especially at the back-end, to restrict the Knight Riders to a modest 149 for 9 before Chris Gayle and Mandeep Singh blazed away to chase down the target in 18.5 overs and register their fifth successive victory.

Gayle, who missed the first phase of the tournament because of an illness, showed why he is the 'Universe Boss' during his innings by hitting five sixes in his 51 off 29 balls. 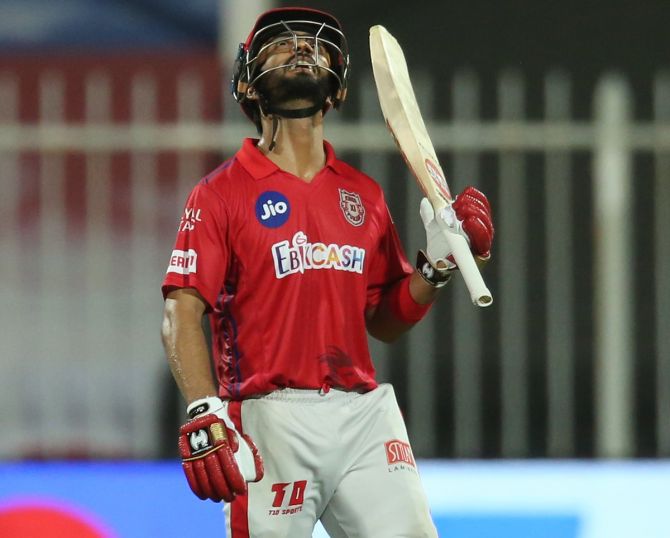 Mandeep, grieving the loss of his father, anchored the chase with an unbeaten 66 off 56 balls as the duo added 100 runs in 10.1 overs.

Such was the effect of the Gayle-storm that it rubbed off on Mandeep (8x4, 2x6), who also completed a splendid sixth IPL half-century.

The duo added 100 runs from 61 balls, after the departure of skipper K L Rahul for 28 in the eighth over, to take Kings XI home with seven balls to spare.

The dream run of five victories on the trot not only put them in the top-four but also opened up the table before the penultimate round.

Kolkata Knight Riders dropped to fifth with 12 points from 12 matches. With a negative run-rate of (-0.479) things look difficult for them to make the last-four. 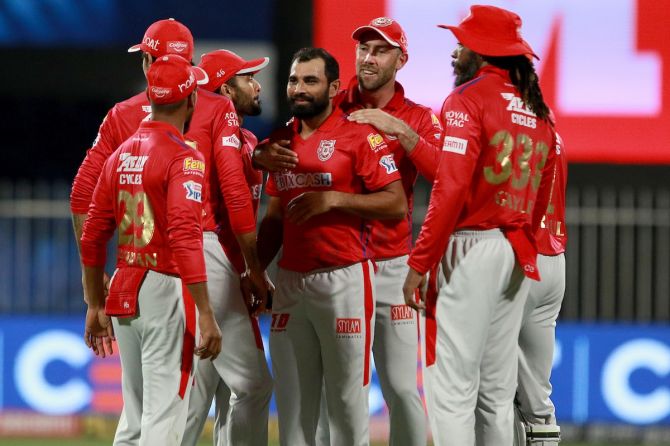 Shami, with figures of 3 for 35, was the pick of the Kings XI bowlers while leg-spinner Ravi Bishnoi (2-20) and Chris Jordan (2-25) provided him good support in thwarting the Kolkata batsman, who were asked to bat first. 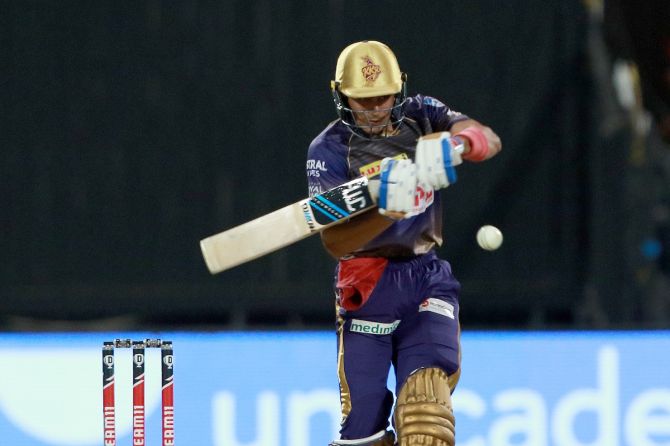 The Knight Riders were on the backfoot from the first delivery and it was only because of a gutsy showing by opener Shubman Gill (57 off 45 balls) and skipper Eoin Morgan (40) that were able to post a fighting target for the Kings.

Kings skipper K L Rahul handed Glenn Maxwell the new ball and the Australian struck with his second delivery. Nitish Rana got a top edge and ball travelled into the safe hands of Chris Gayle at short fine leg.

The Knight riders were 1 for 1.

Mohammed Shami then struck in the second over. He induced the edge from Rahul Tripathi and Rahul took the offering easily behind the wickets.

Tripathi walked back after scoring just 7 off 4 balls, which included a six. 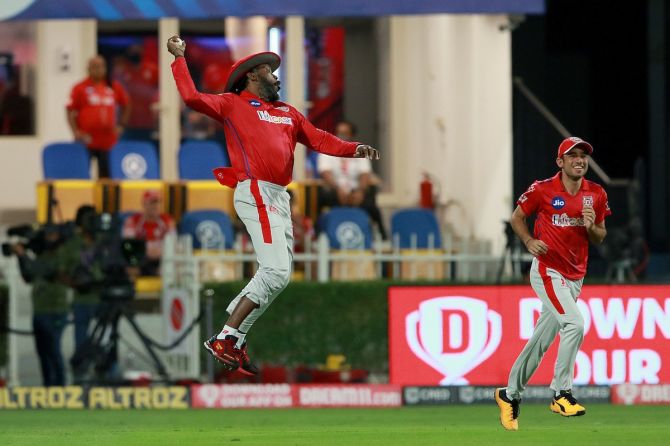 Shami struck again off the last delivery of the second over when he found the edge of skipper Dinesh Karthik's bat and wicketkeeper Rahul completed a routine catch.

Karthik reviewed the decision but Snicko meter showed a spike at the exact moment the ball was next to bat.

Gill and skipper Morgan then steadied the innings while steeping up the scoring. But just when the England captain was looking set for a big score, Ravi Bishnoi threw a spanner in the works. 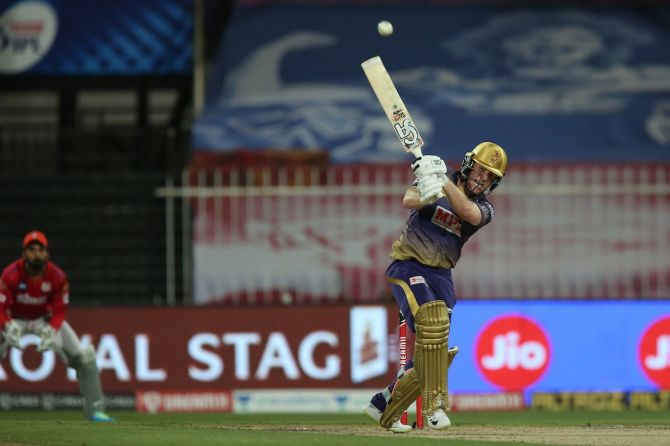 Morgan went for the aerial sweep, did not connect well and Murugan Ashwin took a simple catch at deep backward square leg.

It was an important wicket for Kings XI; it ended the free-flowing partnership of 81 runs from 47 balls.

The Knight Riders were 91 for 4 in the tenth over at that stage.

Things only got worse even as Gill completed a well-compiled 50, as Sunil Narine (6), Kamlesh Nargarkoti (6) and Pat Cummins (1) perished cheaply and KKR were 111-4 for 7 in the 16th over.

Lockie Ferguson's 24 off 13 balls late in the innings enabled the Knight Riders to get some much-needed runs on the board. 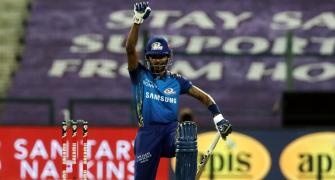