IMAGE: Mahendra Singh Dhoni and Dwaine Pretorius put on a 33-run stand to revive Chennai Super Kings's chase at the backend of their innings against the Mumbai Indians on Thursday. Photograph: BCCI

The fans at the D Y Patil stadium in Navi Mumbai and those watching at home, were witness to some outrageous cricket during the match between the Mumbai Indians and the Chennai Super Kings on Thursday, April 21, 2022.

There were phenomenal bowling performances, lacklustre top order batting and dropped catches, but in the end it unexpectedly took an avatar of quite a thriller.

CSK Captain Ravindra Jadeja elected to field and young pacer Mukesh Choudhary was the catalyst in vindicating that call.

He struck off just the second ball of the innings taking out Rohit Sharma for a duck before he shaved off the top three from the MI batting list.

Mumbai Indians briefly fought back and while they lost wickets in clumps, they rode on Tilak Verma's unbeaten 51 to put up 155 for 7.

Out came CSK to chase the total, but received an early jolt when Daniel Sams struck first ball to take out Ruturaj Gaikwad for a golden duck.

CSK's innings more or less mirrored the flow of Mumbai with wickets falling at intervals while Ambati Rayudu and Robin Uthappa build a 50-run stand before the latter was caught out for 30.

Shivam Dube, Rayudu and Jadeja were dismissed in a space of three overs. With 48 needed off the last four overs, Mahendra Singh Dhoni was now hanging with the tail and had to pull off something special.

Jasprit Bumrah though had plans of his own and gave only 6 runs in the 17th over.

The pressure was now on Dhoni and his batting partner Dwaine Pretorius. With 42 needed off 18, an inaccurate Jaydev Unadkat was taken to the cleaners as Pretorius hit a six before Dhoni hit a four and the batters takng 4 more singles in the over with 14 coming off it.

Pretorius kept the chase close as he smacked Bumrah in the next over for two fours releasing the stress off Dhoni's shoulders.

Unadkat had 17 runs to defend off the last over and although he had Pretorius out LBW off the opening ball, Dhoni smoked the bowler for a six and two fours to take his team across and log just their second win of the season.

Although CSK lost the important wickets of Dube, Rayudu and Jadeja in the middle overs and MI debutant Riley Meredith and Bumrah keeping a lid on the scoring in the 16th and 17th overs, it was the crucial 33 run partnership between Pretorius and Dhoni that eventually sealed the deal with a last ball four off the bat of hero MSD!

What a crazy encounter that was, keeping us hooked till the final ball. 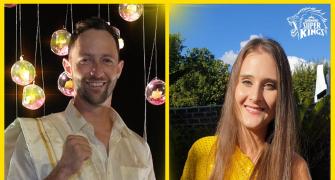 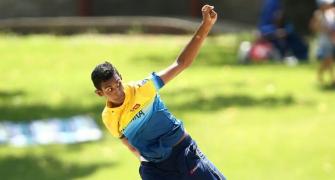 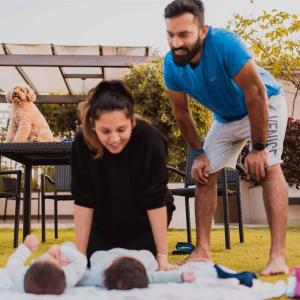