Rohit Sharma will miss the first two Tests against Australia.

It is doubtful if he will be available for the last two Tests after it was conveyed to the Board of Control for Cricket in India that Rohit will require close to a month to be match fit.

There has been much speculation why he did not travel to Australia with the Indian team from Dubai after the IPL.

Team India left for Australia a day after the IPL 2020 final. Rohit flew back to Mumbai after leading the Mumbai Indians to the IPL title.

According to journalist Boria Majumdar, Rohit returned to Mumbai because his father was suffering from COVID-19.

'After that, if he didn't want to play the red ball series, there was no reason for him to travel to the NCA (National Cricket Academy in Bengaluru. He could have easily stayed back with Ritika (wife Ritika Sajdeh) and family,' Majumdar said.

'So there is absolutely no reason to say that Rohit didn't want to play the red ball series,' he added.

As reported by PTI, the quarantine rule in Australia would make it extremely difficult for both Rohit and pacer Ishant Sharm, to feature in the Test series Down Under.

'Even if they travel now they will have 'hard quarantine' since they will travel by commercial flight. Hard quarantine means not being able to train during the 14 days like the whole team,' a source told PTI.

Rohit suffered a hamstring injury during the IPL game against Kings XI Punjab and was not named in any of the Indian teams for the Australia tour.

He was later added to the Tests squad.

Rohit played a stellar knock during the IPL final against the Delhi Capitals, puzzling observers about the true state of his injury.

Currently undergoing rehabilitation at the NCA, Rohit is already out of contention for the limited overs leg of the series, which begins with the ODIs on Friday. 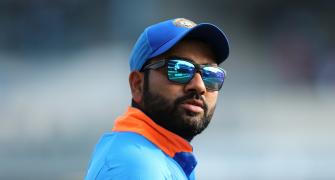 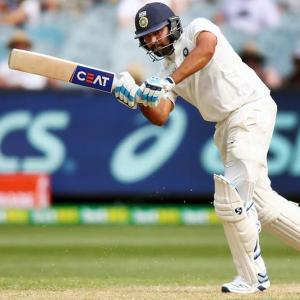 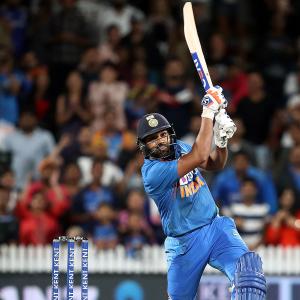