IMAGE: Lata Mangeshkar was the epitome of grace and humility. Photograph: File photo

India’s nightingale Lata Mangeshkar’s voice transcended borders and while India continues to bereave her death, tributes poured in from the other side of the border, with Pakistan PM leading his country in paying their respects.

‘With the death of Lata Mangeshkar, the subcontinent has lost one of the truly great singers the world has known. Listening to her songs has given so much pleasure to so many people all over the world,’ Imran Khan tweeted.

‘Saddened to hear about the death of Lata jee... grew up listening to her beautiful songs and as they say ‘you can forget anything but a melodious song’ will never forget her melody. Music world has lost a legend,’ former Pakistan captain Wasim Akram tweeted.

We have grown up listening to the melodious songs of Madam Noor Jehan & Lata Mangeshkar jee, the world has lost another asset today. Lata Mangeshkar jee will be dearly missed by every music lover around the world... #RipLataMangeshkar,’ Pakistan cricketer Shoaib Malik tweeted.

‘Lata Mangeshkar was the epitome of grace, humility and simplicity and therefore greatness… a lesson for all.  Kishore Kumar and now her death has left me music broken!’ PCB chief and former Pakistan skipper Ramiz Raja tweeted.

'End of a golden era. Her magical voice and legacy will continue to live in the hearts of millions worldwide. An unparalleled icon! RIP Smt. Lata Mangeshkar Ji,' Pakistan captain Babar Azam tweeted. 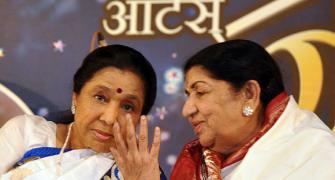 When Lata fasted for Team India during 2011 WC semis 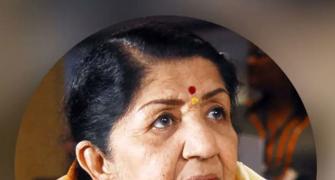 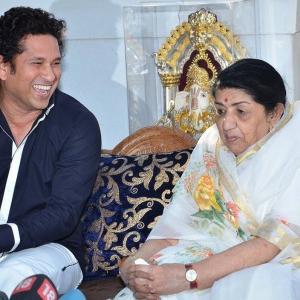