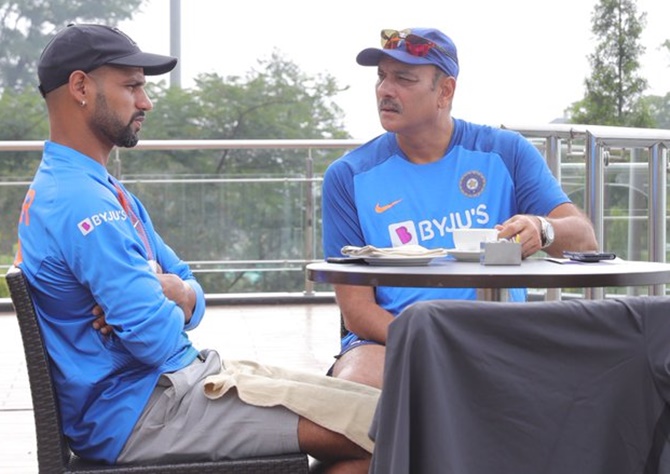 Ahead of the first T20I between India and South Africa, Men in Blue coach Ravi Shastri shared a picture with opening batsman Shikhar Dhawan on Sunday in which the two are engrossed in some serious discussions.

Shastri posted the picture on Twitter and wrote "Coffee, Mountains, Cricket and Conversation - with @SDhawan25 #TeamIndia #IndvSA," as the caption.

Opening batsman Dhawan did not have a successful tour to West Indies as he managed to score just 26 runs in the three-match T20I series.

In the 50-over format, he managed to score just 38 runs from two ODIs.

Ahead of the match, skipper Virat Kohli said the team has deliberately given youngsters a chance in the series looking at their performances in the domestic circuit for the past two to three years.

"We wanted to give opportunities to players who have done well for the past two years in the domestic circuit and T20 cricket in the IPL. It is about finding the best possible balance we can for the side and not necessarily stick to one particular type of balance. If other teams can bat till number nine, so why cannot we? Whatever decisions are made, they are made looking at the future," Kohli told reporters on Saturday.

The Men in Blue are coming off a winning run in the limited-overs format as they defeated Windies in both T20I and ODI series. 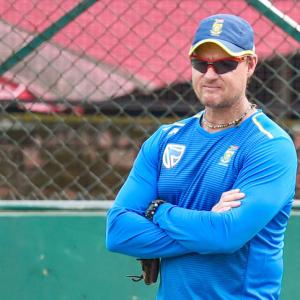 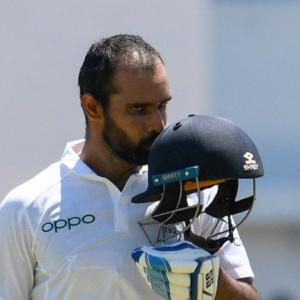