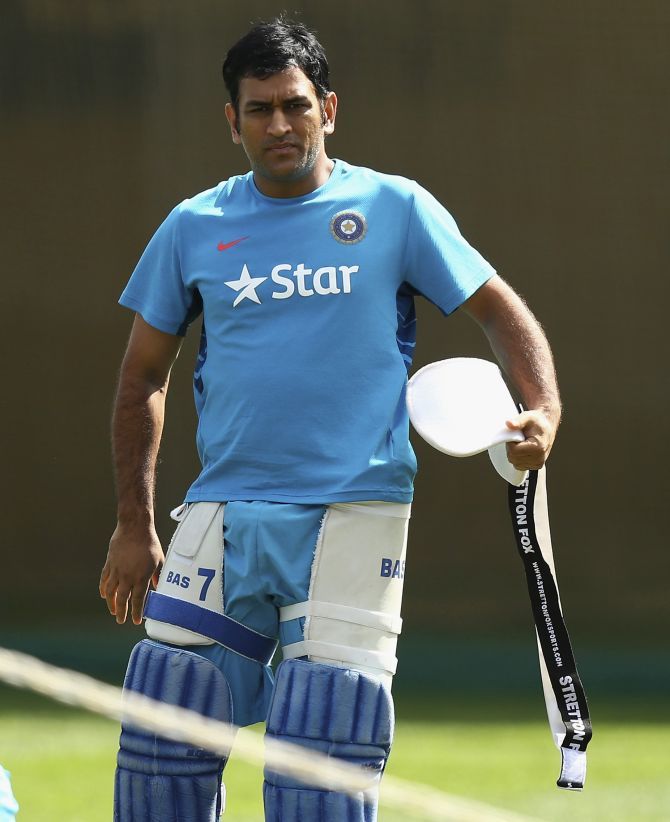 The Board of Control for Cricket in India president Jagmohan Dalmiya clarified his stance on Mahendra Singh Dhoni's alleged conflict of interest issue, saying that a newspaper misquoted him on the Indian ODI skipper being probed by the Board.

"It appears that I have been misquoted as far as Mr. Mahendra Singh Dhoni is concerned," Dalmiya said in a BCCI release.

The company was started by Arun Pandey, who is believed to be Dhoni's friend. The CSK skipper reportedly owns 15 per cent share in the company.

The media report quoted Dalmiya as confirming that the issue of Dhoni's alleged conflict of interest was being looked into by the disciplinary committee. The report quoted him as saying that the BCCI would make an announcement regarding the issue after the committee's report.

But Dalmiya said that the comment attributed to him was misplaced.

"I had said that the subject matter of disciplinary proceedings against Mr. Ajit Chandila is presently pending for final decision before the Disciplinary Committee of the Board.

"When I was asked about Mr Dhoni's involvement with M/s Rhiti Sports, I only said I intend to implement the decision of the BCCI earlier obtained in 2013 when I had chaired the Working Committee Meeting of the BCCI on 28th of July 2013 at Taj Bengal Hotel in Kolkata that all players would have to submit declarations on their involvement/interest in any sports management companies, if any," said Dalmiya.

Source: PTI© Copyright 2021 PTI. All rights reserved. Republication or redistribution of PTI content, including by framing or similar means, is expressly prohibited without the prior written consent.
Related News: Jagmohan Dalmiya, BCCI, Mahendra Singh Dhoni, The Board of Control for Cricket in India, CSK
SHARE THIS STORYCOMMENT
Print this article