News
Business
Movies
Sports
Cricket
Get Ahead
Money Tips
Shopping
Sign in  |  Create a Rediffmail account
Rediff.com  » Cricket » CSK have a lot soul-searching to do: Fleming

‘We have almost got too many batting options at the moment, so that's why I say we were a little bit muddled with what we're sending out.’ 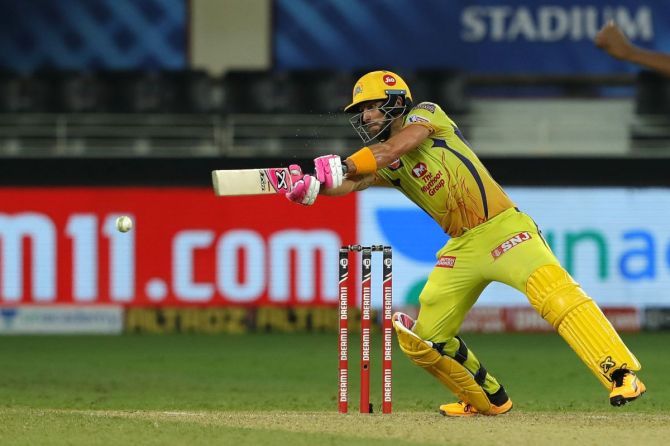 IMAGE: Faf du Plessis came in to bat at No 3 for CSK and put on a fighting 43 but could not up the ante in their chase against Delhi Capitals on Friday. Photograph: BCCI

Chennai Super Kings head coach Stephen Fleming has admitted that his side are "a little bit muddled" at the moment and they need a clearer strategy going ahead after suffering two successive losses in three matches in the Indian Premier League.

Fleming also rued the missing of some key players that he said has affected the team combination.

"Well, we're a bit muddled at the moment. We're missing some key players, and we're trying to find a balance that allows us to be competitive. We're looking to develop a personality based on the wickets that we're facing," Fleming said after CSK lost to Delhi Capitals by 44 runs on Friday.

"Each wicket has been completely different, and our batting is without Rayudu, (Suresh) Raina etc. We're trying to find a way or a combination and how to use players. We've learned a massive amount over three days," he added.

Three-time champions CSK could not get going during the run chase against DC, and when asked why Sam Curran or Ravindra Jadeja was not promoted up the batting order, Fleming said they had used the same tactic in the last couple of games.

"It's a lot of question marks and a lot of soul-searching from a coaching point of view and strategy point of view, but we're trying to find combinations where we get the best players at right times. To keep shunting the order all over the place is not really our style, but we've had a go at it and we'll review how it's gone." 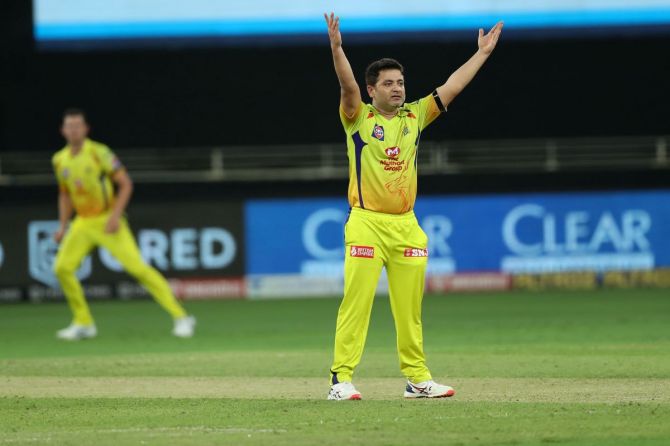 IMAGE: CSK's Piyush Chawla appeals for the wicket of Shikhar Dhawan. Chawla finished with 2 wickets in the match. Photograph: BCCI

Spin bowling has been traditionally CSK's strength but struggling at the moment, prompting Fleming to say it was an area of concern.

"Yeah, it's an area of concern, because it's been such a strength for CSK, and you've got to think that the style of play that we've developed over the last 12 years is heavily based on spin. So what we're trying to do is find a different personality.

"Spin still plays a part, and we've played on three different grounds, so each game has been different conditions. We're struggling to adjust to find the pace and the style to bowl through the middle, and that, in the last two games in particular, has been an area where we haven't done so well. So from a strength to an area of concern, we need to rectify that."

Asked about the possible team combination in the upcoming matches, Fleming said, "All bets are on the table at the moment as we try to find a way. We are looking forward to playing a number of games here (in Dubai), we were interested in how this pitch played, and get conditions right so we can get right combination."

The former New Zealand captain said the dew factor was something that his side couldn't anticipate.

"We did (consider batting first) but what we can't anticipate is the dew. We trained across the road the other day and it was soaking wet and it has a huge impact in second innings. Tonight, it was absolutely none so it's a little bit of hit and miss at the moment," he said.

"The last game we played in Sharjah was one of the wetter surfaces we've been involved in. We're guessing a little bit around conditions. We are the guinea pigs in terms of playing first games on two venues."

CSK's next match is against Sunrisers Hyderabad on October 2. 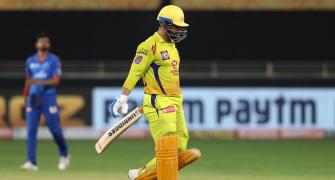 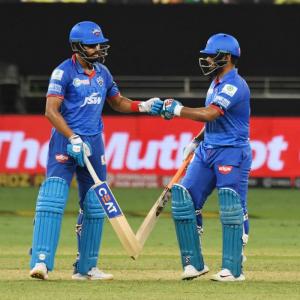 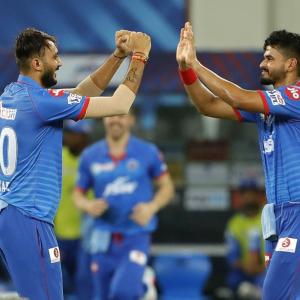