Cricket Buzz: Guyana back to winning ways in CPL 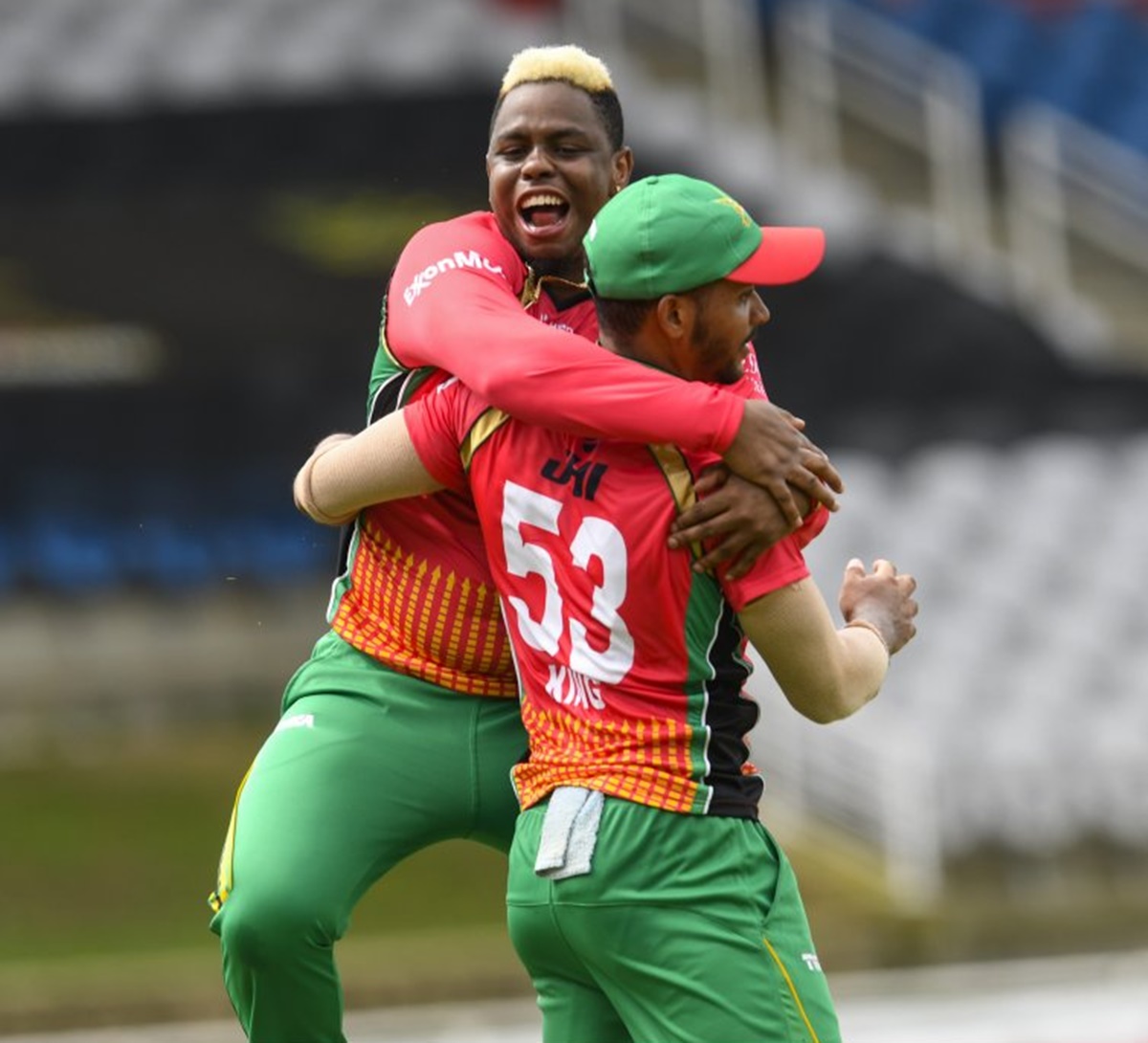 Hetmyer smacked three sixes and eight fours in his entertaining knock, helping his side chase down a modest target of 128.

Warriors won the toss and sent the Patriots to take the strike first. It was a shaky start though Evin Lewis (30) scored fast, including helping his team to 18 in Naveen ul Haq's second over.

But the introduction of Imran Tahir helped as he dismissed Chris Lynn (16).

Then some smart bowling by Chris Green and great wicket-keeping from Nicholas Pooran saw Lewis stumped for 30 and Patriots ended powerplay at 54/2.

Joshua Da Silva's exclusion seemed to hurt as his replacement Nick Kelly fell early to Keemo Paul when Hetmyer held a sharp chance. As Warriors bowled tightly not yielding any boundaries for 18 balls, Patriots were frustrated.

The pressure told, as first Denesh Ramdin was strangled down the leg-side off Paul and then Jahmar Hamilton fell to the googly from Tahir.

As Patriots reeled at 83 for 5, Ben Dunk (29) and captain Rayad Emrit (17) scored a few but boundaries were still hard to come by. The runs came slowly but wickets fell at regular intervals and Patriots ended their 20 overs for 127 for eight.

In came Hetmyer and he showed his class with a flurry of early boundaries, including a six that nearly took out the scoreboard.

Warriors cruised to 54/1 at the end of the Powerplay. Hemraj was run out in the eighth over failing to beat a powerful throw from Dominic Drakes but the chase was well under control.

Hetmyer was dropped by substitute Kieran Powell at cover, and Hetmyer celebrated with a straight hit for four the next ball.

A massive maximum shot over Ish Sodhi's head brought up Hetmyer's second fifty in two games and this one came in just 31 balls.

For Patriots Rayad Emrit tried a fightback with two wickets in two balls including Pooran for a first-ball duck. Hetmyer was dismissed with a great catch by Dunk off Drakes, but the job was done safely with three overs and three wickets still left.

In another match, Jamaica Tallawahs defeated St Lucia Zouks by five wickets to start their CPL 2020 campaign on a winning note.

Jamaica Tallawahs first restricted St Lucia to 158 for seven after electing to field and then rode on Glenn Phillips (44) and Ais Ali's (47 not out) fine knocks to chase down the target comfortably with seven balls to spare.

Player of the match: Asif Ali.

Shubman Gill will be part of our leadership group: Brendon McCullum

Kolkata Knight Riders (KKR) coach Brendon McCullum has said that the right-handed batsman Shubman Gill will be a part of the side's leadership group in the upcoming Indian Premier League (IPL) 2020.

The IPL will be played in the UAE from September 19-November 10 across three venues -- Dubai, Abu Dhabi, and Sharjah.

The tournament will be played for 53 days and for the first time, the finals will go ahead on a weekday (Tuesday).

McCullum said that he is really looking forward to working with Gill as he is a young prospect and would have plenty to offer for the side.

"Shubman Gill, what a talent, and what a good guy as well. He is going to be a part of our leadership group this year as well, at least in some capacity. Even though he is young, I am a big believer that it's not necessarily true that you having played for a long time makes you a good leader," the official website of KKR quoted McCullum as saying.

"It's about you exhibiting the behaviours of a leader. It's always good to have a cross-section of leadership within your group. To us, Shubman is one of those guys we would look to lean on for some leadership throughout this season," he added.

The franchise would be led by Dinesh Karthik this season, and he would have ample support from England limited-overs skipper Eoin Morgan.

Under Karthik, Knight Riders made the playoffs in 2018 but finished at number five in 2019.

"You've got to break DK down a little bit into different parts to understand this. I think first and foremost, wicketkeeping. He's up there with the very best wicket keepers in India. Then you move on to his batting and he's as good and as adaptable in any role," McCullum said.

"He doesn't come with perhaps, the stardom that some guys do and that's just DK's personality. But he's a big star within the KKR franchise, he's now been at the helm for a couple of years and he's had some success," he added.

This year, both afternoon and evening matches in the IPL would be starting half-an-hour earlier than usual.

New players in hunt for spots on England tour: Langer

Australia will pick their best 11 against England during the white-ball tour next month but fringe players can win selection by impressing in intra-squad warmup matches, coach Justin Langer said on Thursday.

Australia will bring a bumper 21-man squad for the T20 and one-day series in Southampton and Manchester due to the logistical difficulties of flying in reinforcements in the time of COVID-19.

Uncapped players like Josh Philippe, Daniel Sams and Riley Meredith will hope to debut in England but Langer said none would be picked for simply being fit and present.

"When it comes to picking our first 11, we’ll still be picking our best 11," he told reporters in a video call.

"That’s how it’s always worked well in the Australian team. And for some of the younger guys, if they force their way in through some of their performances in the practice games, that’d be great.

"It’ll just be nice to have them and give them a feel for what it’s like to be around the Australian cricket team."

The tour would also be good preparation for selectors to manage players and build depth for what could be a long home summer confined to bio-secure hubs, he added.

India are slated for four tests in Australia from December but the domestic schedule is yet to be settled, with an outbreak of COVID-19 in southern Victoria state a lingering concern.

Langer said bigger squads were likely to be a feature of the summer due to domestic travel curbs and border controls, which could compromise the Sheffield Shield and Big Bash League tournaments.

"There’s going to be some give and take, that’s for sure," he said.

"The compromise might be that some of our best players might have to miss some international cricket so they can spend some time seeing their families."

Langer explains why Khawaja, Short were not selected for UK tour

Australia coach Justin Langer on Thursday explained why Usman Khawaja and D'Arcy Short were not selected for the upcoming limited-overs series against England which includes three T20Is and three ODIs.

"The way we're going to set up our game plan at the moment, Uzzie (Khawaja) is competing with David Warner, Aaron Finch and Steve Smith at the top of the order. At the moment, our view is those guys are getting the nod ahead of him," cricket.com.au quoted Langer as saying.

"Ultimately Uzzie is competing against those top three at the moment and that's why he's missed out. I'm a massive fan of Usman Khawaja, he knows that and I've said that over and over. He had an incredible year last year in white-ball cricket, but unfortunately, he has two guys in Steve Smith and David Warner who are coming back into the team and they have the spot at the moment," he added.

Langer said that Darcy was not selected for the England tour due to the return of all-rounder Glenn Maxwell.

"I saw Short yesterday play a practice game here in Perth, he played really well again as he keeps doing. He's got the double chance, in the sense that he's also competing at the top of the order which we know he can do. He does that really well in domestic cricket, but he's competing again, like Uzzie, against those three I mentioned before. And we need some allrounders in the middle and at the moment he's competing with Glenn Maxwell who has come back into the team," Langer said.

"He's taken D'Arcy's spot, mainly because we feel more confident getting overs out of Glenn Maxwell than we do out of Shorty in the middle overs. Shorty is really aware of that. He's working very, very hard on his bowling," he added.

Australia has named a 21-man squad for the series against England.

Australian men's team Senior Assistant Coach Andrew McDonald will not travel with the squad to the UK to fulfill a pre-existing commitment as Head Coach of the Rajasthan Royals in the Indian Premier League (IPL).

The Aaron Finch-led side would be staying in a bio-secure bubble and all the matches will be played behind closed doors. The T20Is will be played at the Ageas Bowl while the ODIs will take place at Emirates Old Trafford.

The first T20I will be played at the Ageas Bowl in Southampton on September 4.

Australia head coach Justin Langer believes that "compromises in the domestic schedule" need to be made in order to keep the game going in times of coronavirus.

Langer will head to the UK, on Sunday, with the rest of the Australia squad for the limited-overs tour but it remains uncertain what type of season he will return to, with the structure of the summer still very much up in the air due to Covid-19 restrictions.

Cricket Australia is majorly focusing on India's tour of Australia and both the Big Bash tournaments although there remains a strong commitment to a full Sheffield Shield.

"If we've got to have bigger squads because we can't have guys coming in and out, 12th and 13th men playing Shield cricket which is unlikely to happen, that will take some of our best players out of our domestic competition," ESPNcricinfo quoted Langer as saying.

"If we play the full domestic schedule, we might have to compromise on that - the costs to the game, we can't let that blow out because that's important for the health of the game - and there might be compromises in the domestic schedule, that's being worked through at the moment," he added.

Langer further added that some of the top international players will miss cricket due to their family commitments.

"We might not be able to see our families because we need to keep the show on the road. Some of our best players might have to miss some international cricket so they can spend some time seeing families. Those are some of the compromises we might be looking at; we are aware and work through it as they come up," he said.

"We'll keep an eye on how the boys are travelling with the England tour then, the IPL, the quarantine then the summer kicking off. It's certainly something we're aware of. The guys are going to already spend a lot of time away from home but we're going to make sure we manage it really well," Langer added.

Australia are set to play three T20Is and three ODIs against England, beginning September 4. The T20Is will be played at the Ageas Bowl while the ODIs will take place at Old Trafford. 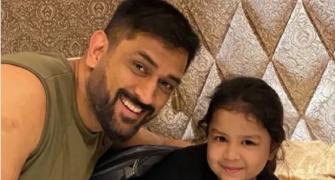 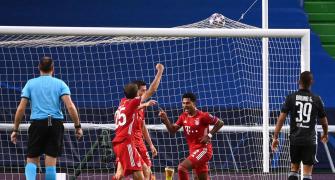 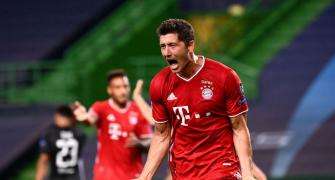 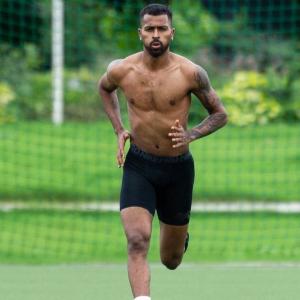 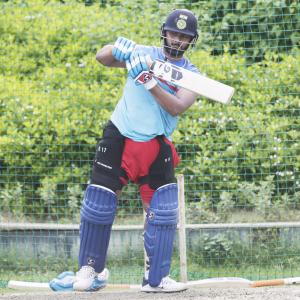