News
Business
Movies
Sports
Cricket
Get Ahead
Money Tips
Shopping
Sign in  |  Create a Rediffmail account
Rediff.com  » Cricket » Cric Buzz: Why is there a dearth of non-white umpires?

Cric Buzz: Why is there a dearth of non-white umpires?

ECB faces calls for inquiry into dearth of non-white umpires Former Test umpire and Hampshire cricketer John Holder is among those who have called for an independent inquiry into the dearth of non-white match officials in English cricket.

While the right-handed batsman Holder took up professional umpiring for almost 30 years, he is now concerned that no non-white umpires have been appointed in the first-class list in the past 28 years.H4

older has called for an independent investigation and has accused the England and Wales Cricket Board (ECB) of 'years of racism'.

"I've lived in England for 56 years. And I can tell you, hand on heart, I have never experienced racism before. But when you look at these figures when you understand what is going on, it is hard to reach any other conclusion," ESPNcricinfo quoted John Holder as saying.

"When I stopped working for the ICC, I contacted the ECB to offer my services to mentor umpires. I didn't even get a reply. Instead, ex-players, some of whom have never stood as umpires, were appointed to the role. That is ludicrous. It's like employing someone who can't drive to be a driving instructor," he added.

According to a report in ESPNcricinfo, a senior member of the ECB's staff was recently suspended following claims of racial discrimination but he is cleared of wrong-doing and is expected to return to work shortly.

"My suspicion is that there has been a definite policy of only employing whites for this position. There needs to be a transparent policy related to selecting, training, and mentoring umpires, which presently does not exist," said John.

Meanwhile, ECB has responded to ESPNcricinfo with a statement. It read: "Today's group of professional umpires don't reflect the diverse ECB we are determined to be. We want to see more BAME representation among our officials and recognise we still have a long way to go as a game to achieve this.

"Earlier this year we commissioned a full independent employment investigation into allegations made against an individual, and while these were not upheld, the investigation did identify areas where we need to be better and do more to be inclusive and diverse," ESPNcricinfo quoted ECB as saying in a statement.

"The ECB has now commissioned a review, with Board oversight, to look at how we can reform our approach to managing Match Officials. This will set out actions as to how we can improve our systems and processes to increase the diversity of umpiring, inspire the next generation of umpires and match referees, have a world-class umpiring programme, and ensure a culture of inclusivity and fairness throughout the umpiring system," it added.

England's much-awaited tour of Pakistan for a short T20 series early next year is set to be postponed to October due to unavailability of top players and matters related to costs.

According to media reports the tour, which was tentatively scheduled for January-February, is expected to be moved to October before the T20 World Cup in India.

"The problem arising is that early next year England will be engaged in series with Sri Lanka and India and some of their T20 specialist players are also signed up for the Big Bash in Australia," a source aware of the developments said.

"The other problem is the costs involved in England touring Pakistan.

"As it is just a three-match series with Karachi the likely venue, the costs of flying the English team by a chartered flight after holding a training camp in Dubai does not make it cost effective for the England board," he said.

He said both the boards had discussed the more viable option of shifting the series to October as that would allow the full England T20 team to stop over in Pakistan for the short series before flying to India," the source said.

England has not played in the country since 2005 due to security reasons and when the Pakistan and English boards confirmed they were considering a short tour, it gave a big boost to Pakistan cricket.

"Even the PCB didn't want a 'C' team from England playing early next year as it is a big series and a breakthrough for Pakistan cricket."

Pakistan is also due to host South Africa early next year for two Tests and three T20 Internationals.

Former India pacer Sudeep Tyagi on Tuesday announced retirement from all formats of the game.

The 33-year-old played four ODIs -- from which he took three wickets -- and one T20 International. He last played for India in 2010. He featured in 14 Indian Premier League matches for Chennai Super Kings and Sunrisers Hyderabad.

"This is the most difficult decision I ever made, to say goodbye to my dream," he tweeted.

"I have achieved what is every player's dream to represent the country and wearing the Indian flag is a dream I lived," he said.

"I want to thank MS Dhoni under whom I played my first ODI. I want to thank my role models Mohammad Kaif, RP Singh and Suresh Raina. It is very difficult to do this but to move ahead we must let go." 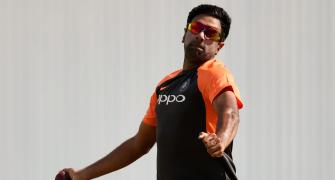 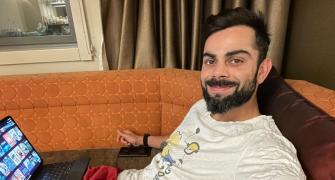 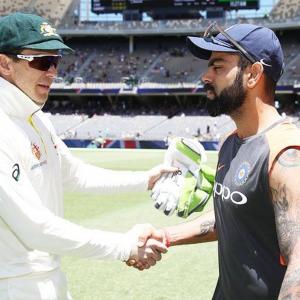 Aus Tour: Adelaide Test to go on despite COVID rise 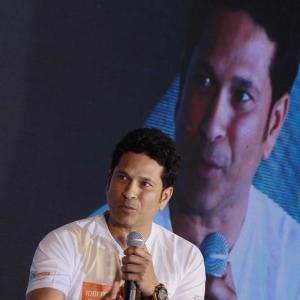