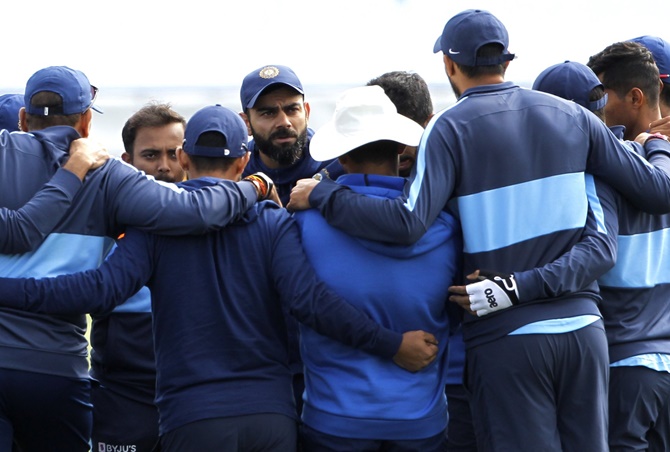 IMAGE: Ian Chappell's line of thinking is a bit different from that of Virat Kohli. Photograph: BCCI/Twitter

Australian great Ian Chappell, on Sunday, reckoned Indian batsmen need to strike a balance between caution and aggression, his views coming in the wake of their struggles in the Test series in New Zealand's testing conditions.

Chappell's opinion was in contrast to the view shared by Virat Kohli after the drubbing in the first Test. The India captain had said, in part, "I don't think being cautious or wary will help because you might stop playing your shots."

Known for his sharp cricketing mind, Chappell's line of thinking is a bit different from that of Kohli.

"New Zealand, much like England's seaming surfaces, is a place where caution is required more often than in Australia, where most pitches are extremely true," Chappell wrote in ESPNcricinfo.

"Whatever the cause, at the Basin Reserve it was an abysmal batting effort from the No. 1-ranked Test team, who failed to reach 200 in either innings," he added.

"Placing a batting order is not playing a game of "pin the tail on the donkey". It's important to get the balance right and to place players in positions where they are comfortable and hence more likely to succeed." 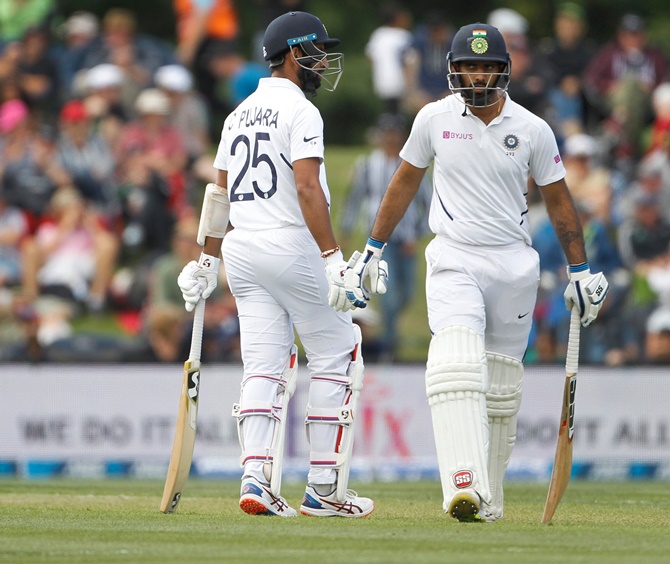 While he defended the obdurate Cheteshwar Pujara, who had the lowest strike rate in Wellington, Chappell said he should be careful about not going into a shell.

"It's hard to be critical of a No. 3 who was heavily involved in India beating Australia in 2018-19 with some lengthy stays at the crease anchoring the innings."

"Pujara normally bats behind (Rohit) Sharma and Mayank Agarwal and ahead of Kohli. That's an adequate amount of strokeplay surrounding Pujara, and as a judicious shot maker he's ideal at No. 3 for balance."

"Mind you, Pujara needs to be careful he doesn't slip into net-practice mode and forget that the object in a match is to score runs regularly."

He commended Pujara for blending caution and aggression well, which saw the right-hander score a half century in the first innings.

"The other thing that Pujara has to be aware of while batting in the midst of stroke-makers is that he must not keep them becalmed at the non-striker's end for long periods. In Christchurch he found the ideal balance of caution mixed with aggression."

While lauding the performance of the Indian women's team in the ongoing T20 World Cup in Australia, Chappell observed that the loss of Rohit due to injury may have hurt Kohli's outfit across the Tasman sea.

"For the men, the problems started in the ODI section of the tour and they have continued in the Test series. It may just be coincidence but they haven't won since aggressive opener Rohit Sharma limped off the Bay Oval in their fifth successive T20I victory."

To conclude, he briefly talked about India's big-ticket tour of Australia later this year.

"India have a tough tour of Australia looming next summer and New Zealand were just obliterated by Australia under their home conditions."

"If the Indian men want to replicate the success their female counterparts are currently enjoying in Australia, they'll need to rediscover the art of amassing match-winning scores." 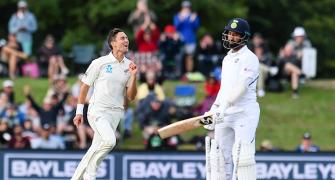 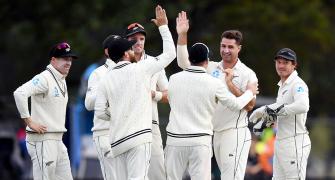 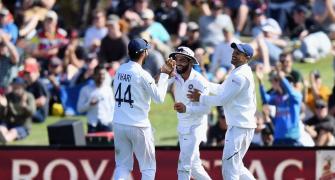 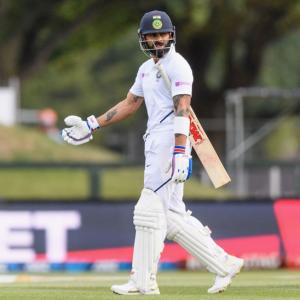