Images from Day 2 of the second Test between New Zealand and India, in Christchurch, on Sunday. 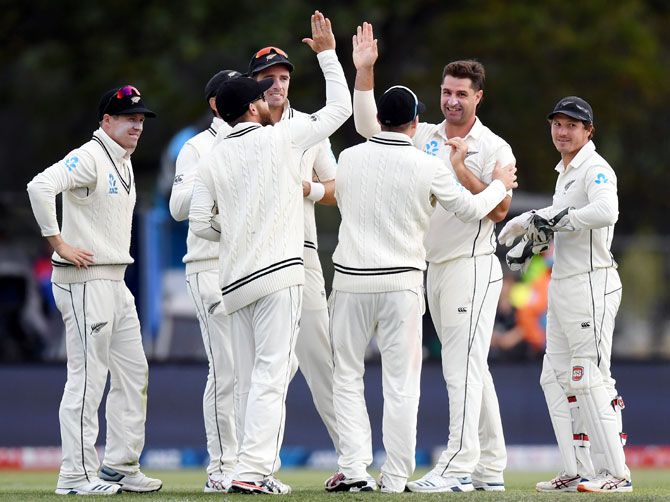 IMAGE: New Zealand's players celebrate the dismissal of India captain Virat Kohli in the second innings on Day 2 of the second Test, at Hagley Oval in Christchurch, on Sunday. Photograph: Kai Schwoerer/Getty Images

India's top-order frittered away a golden chance with another shoddy batting display as New Zealand regained control of the second Test after Mohammed Shami and Jasprit Bumrah's hostile fast-bowling spell had given the visitors a slender first-innings lead, on Day 2, at Hagley Oval in Christchurch, on Sunday.

Shami (4/81 in 23.1 overs) and Bumrah (3/62 in 22 overs) were brilliant in their execution, dismissing New Zealand for 235 in 73.1 overs, as they showed why they are one of the deadliest fast bowling pairs in Test match cricket.

However, India's top-order failed miserably again as New Zealand bounced back, reducing them to 90 for six at stumps. India are now effectively 97 runs ahead with only four wickets in hand. It will take a miraculous effort to avert another series whitewash after the ODIs.

Trent Boult (3/12 in 9 overs) got Mayank Agarwal (3) and Cheteshwar Pujara (24) with conventional in-swingers that tails into right-handers.

Prithvi Shaw (14) was out in familiar fashion, fending a short ball from Tim Southee, while skipper Virat Kohli's (14) indecisive footwork brought about his downfall once again.

Vice-captain Ajinkya Rahane, who was hit on the helmet, paid the price for an ugly shot, while Umesh Yadav expectedly didn't survive a rampaging Boult after he was inexplicably sent in as night-watchman when nearly half an hour was left. Earlier, the New Zealand tail wagged once again and prevented India from having a lead of at least 50 runs.

Just like the first session, India got five in the second as Bumrah quickly removed BJ Watling (0) and Tim Southee (0) soon after lunch.

Colin de Grandhomme then got a classical left-arm orthodox delivery from Jadeja which pitched on middle and spun away enough to dislodge off-stump.

Wagner and kyle Jamieson then defied the Indian bowlers for nearly 12 overs before a moment of inspiration from Jadeja saw the end of Wagner and Jamieson fell a run short of his maiden Test half-century. 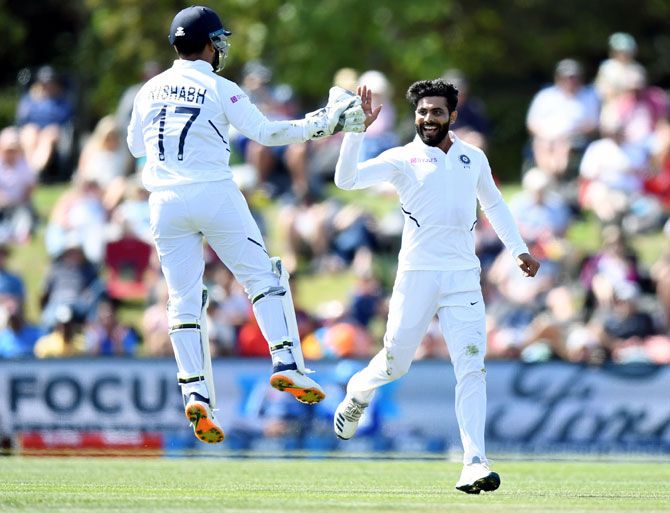 A target of 250 in the fourth innings could well be a challenge for the Black Caps as there is still something in the track for the speed merchants despite batsmen getting a value for their shots.

India would have ideally hoped that skipper Kohli would end his dreadful tour of New Zealand with one big knock but it was not to be as Colin de Grandhomme trapped India’s captain leg before with an off-cutter.

For New Zealand, Tom Latham (52 off 122 balls) scored a gritty half-century but never looked settled since the start of the morning session as Bumrah beat him on multiple occasions.

The pace trio hit the right length from the start, with Yadav removing Tom Blundell (30 off 77 balls) with one that came back in with the angle as the bowler went slightly wide off crease. 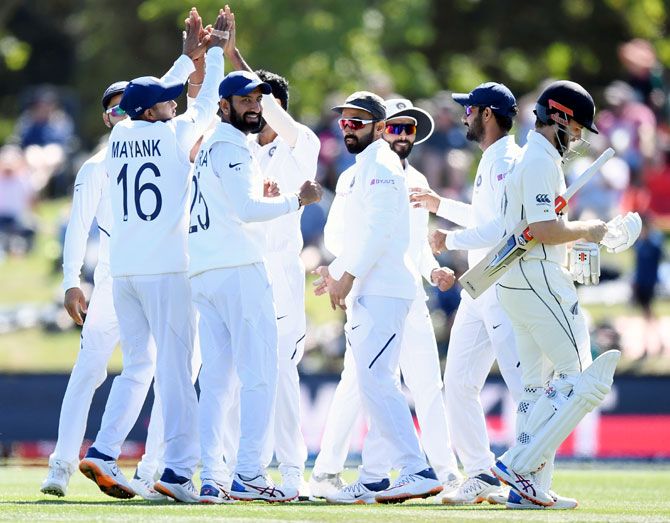 Bumrah, who was deadly since morning, then dismissed Kane Williamson (3). The New Zealand skipper was caught in two minds to a delivery that jagged back and took the outside edge when he went for a half-hearted jab.

Ross Taylor (15) lost his patience and stepped out to hit Jadeja against the turn and the ball ballooned towards backward point with Yadav taking a well-judged catch.

Shami, who has been off-colour on this tour so far, was finally back in the mix when he deceived Latham with a classic.

The left-hander was prodding to the away going deliveries and the wily speedster got one to move in. The opener shouldered his arms, not factoring in the late movement which disturbed the stumps.

Shami then got the jittery Henry Nicholls (14) with a delivery that bounced a shade more and the thick edge was taken superbly by a diving Virat Kohli at second slip.

© Copyright 2021 Reuters Limited. All rights reserved. Republication or redistribution of Reuters content, including by framing or similar means, is expressly prohibited without the prior written consent of Reuters. Reuters shall not be liable for any errors or delays in the content, or for any actions taken in reliance thereon.
Related News: New Zealand, Jasprit Bumrah, Kane Williamson, Ross Taylor, Ravindra Jadeja
SHARE THIS STORYCOMMENT
Print this article 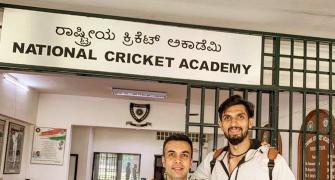 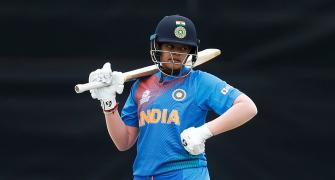 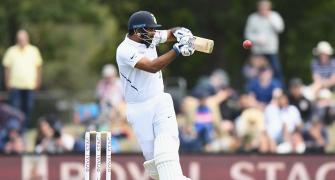 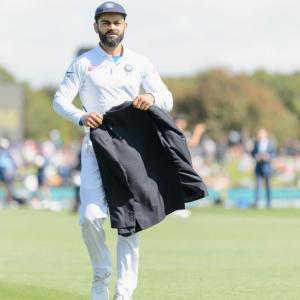 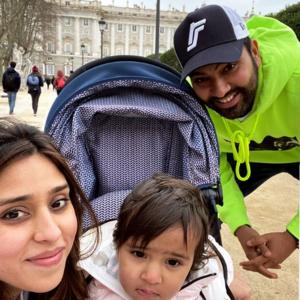