Can India's youth fire against England in T20s? 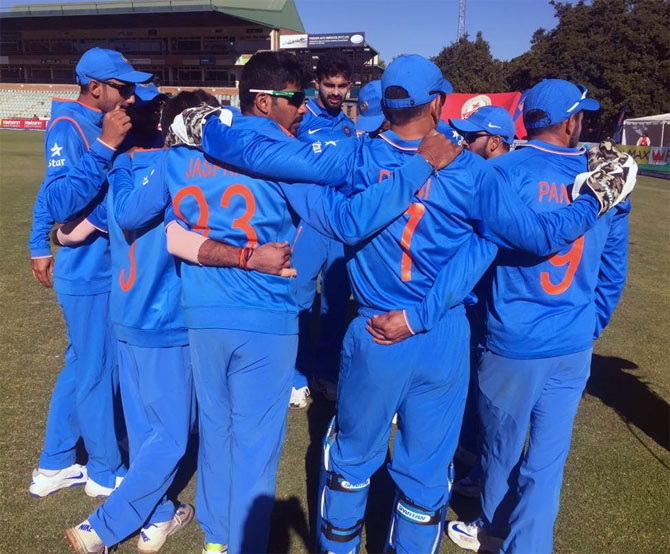 IMAGE: India's young players will hope to impress in the T20s. Photograph: BCCI

India's young guns will get an opportunity to fire on the big stage and carry forward the team’s exceptional dominance over England when they clash with the visitors in the three-match Twenty20 series, starting in Kanpur on Thursday.

India have a different squad for the T20s from that of the preceding ODI series. The six players who were not part of the 50-over squad are Rishabh Pant, Mandeep Singh, Yuzvendra Chahal, Parvez Rasool, Suresh Raina and Ashish Nehra.

Frontline spinners Ravichandran Ashwin and Ravindra Jadeja have been rested, making way for off-spinner Rasool and the experienced Amit Mishra, who travelled with the ODI squad.

Among the newer names, the one attracting maximum attention is 19-year-old sensation Rishabh Pant, who earned his maiden call-up following a prolific domestic season.

The Delhi-based wicketkeeper batsman rose to prominence with his exploits in the U-19 World Cup last year and since then, his career graph is only rising.

The southpaw trained under the watchful eyes of coach Anil Kumble in the first net session on Tuesday and there is a good chance he might be handed the coveted India cap. IMAGE: Rishabh Pant will hope to continue in his brilliant run of form. Photograph: Pal Pillai/Getty Images for Nissan

With no Shikhar Dhawan in the T20 line-up, there is likely to be a toss-up between Pant and Mandeep Singh for the opener's slot alongside Lokesh Rahul.

It is difficult to ignore Pant given the ominous touch he has shown of late.

While Mandeep could not do much in the first warm-up match against England, Pant turned heads with a 36-ball 59 in the second practice match.

Rahul, on the other hand, too would be raring to go after three failures in the ODI series.

It is also an important series for local hero Raina, who is not a regular in the limited overs set up anymore and last played for India in the World T20 in March.

With captain, Virat Kohli, Yuvraj Singh and M S Dhoni certain to bat at number three, four and five, Raina's fight for the number six spot is with Manish Pandey, who warmed the bench in ODIs against England.

The pressure is on Raina to perform with the likes of Kedar Jadhav waiting in the wings. Jadhav came of age in the one-dayers where he was adjudged man of the series. 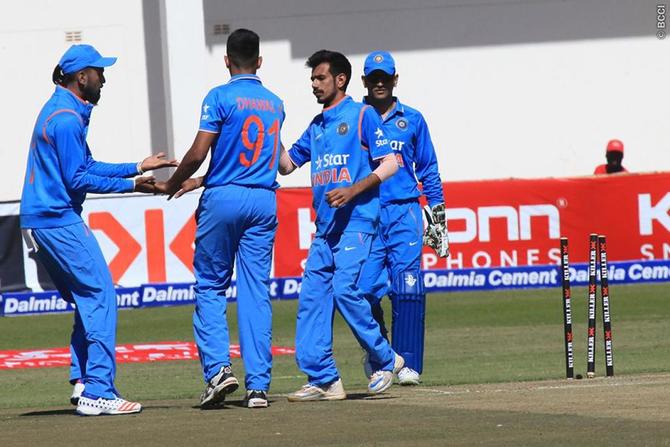 It remains to be seen what bowling choices Kohli would make. Fast bowling all-rounder Hardik Pandya made an impact in the ODIs and lends balance to the playing eleven.

The out and out pace bowlers are Jasprit Bumrah, Bhuvneshwar Kumar and veteran Nehra, who has not played competitive cricket since the last IPL, following which he underwent a knee surgery.

India will also have to figure out their spin composition, whether to rely on part-times or go in with two specialist spinners.

Mishra and Chahal provide the leg-spin option while Rasool is the sole specialist off-spinner in the team.

It's a 4.30pm start for the first match of the series to counter the dew factor and one can expect another run feast as it was the case in the high-scoring ODI series. 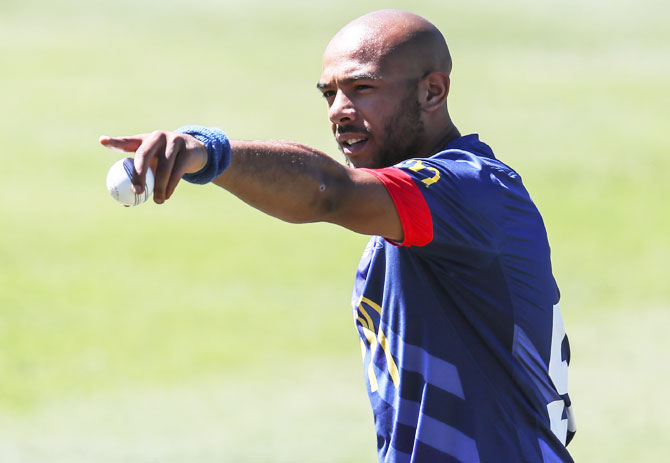 Unlike India, the England T20 team doesn't look much different from the one that featured in ODIs.

The only notable addition to the side is left-arm pacer Tymal Mills, who is among the fastest in the country and regularly clocks 90mph.

The 24-year-old Yorkshire born is a T20 specialist, playing in the leagues in Australia and New Zealand before joining the national team.

The visitors' morale has been lifted after they eked out a five-run win in the third and final ODI for their first victory on the tour, during which they were thrashed in the Test series before going down 1-2 in ODIs.

It is set to be another closely fought series with in-form batsmen in both the sides.

Captain Eoin Morgan too is in top form and would like to lead his team to a series win in India.

Their pacers, especially Jake Ball and David Willey, impressed in spells but Morgan would want more consistency from them.

It will be a challenge for the young Indian batsmen to face the express pace of the Englishmen.