Australia, who scored 649 declared in reply to England’s first innings 346, dismissed the tourists for 180. 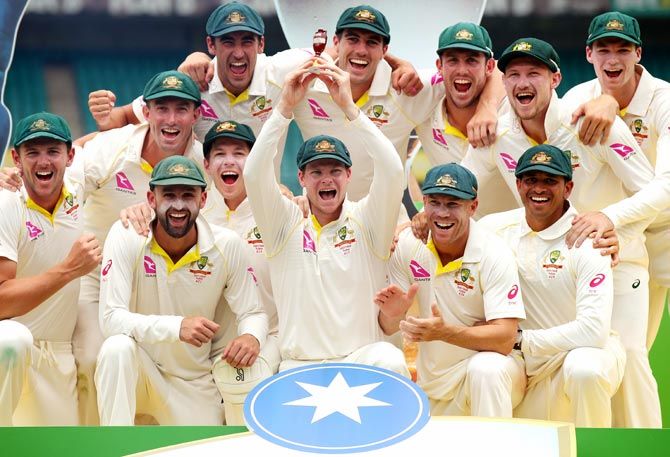 Australia romped to an innings and 123-runs victory over England after dismissing the tourists for 180 on the final day of the fifth Test in Sydney on Monday to complete a 4-0 Ashes triumph that fell short of a whitewash but was little less emphatic.

England captain Joe Root raced from his hospital bed, where he had been treated overnight for gastroenteritis, to try to rescue a face-saving draw but when he failed to reappear after lunch the die was cast for the tourists.

Australia's bowling attack - the potency of which has been one of the main points of difference between the two sides - mopped up the last four batsmen at the cost of just 36 runs after the break at Sydney Cricket Ground.

"It has been a great couple of months. The cricket we have played has been outstanding," said Australia captain Steve Smith.

"We have been able to take 80 wickets in four Test matches. We have just been able to get on top and win those key moments and not let them back in the game, which is crucial." Pat Cummins removed Jonny Bairstow (38), Stuart Broad (4) and Mason Crane (2) to finish with figures of 4-39, while Nathan Lyon (3-54) had taken the only wicket of the opening session as he continued his dominance of Moeen Ali.

Cummins was named man of the match while Josh Hazlewood performed the coup de grace when he had James Anderson caught behind for two.

Australia's batsmen also played a full part in the return of the coveted urn, with Mitchell Marsh, his brother Shaun and Usman Khawaja all getting into three figures as the hosts made 649 declared in their reply to England's first innings 346. IMAGE: England captain Joe Root has a drink during a break on the fifth day. Photograph: David Gray/Reuters

England managed only three centuries to Australia's nine over the series, with Smith alone matching their tally.

Anderson, who stood in for the ailing Root in the presentation ceremony, agreed that England's failure to come out on top at key points during games had proved decisive.

"We were outplayed in the key moments. We have been in the games but just haven't capitalised on the opportunities we have had," he added.

"They have a fantastic bowling attack and all the batsmen have come to the party and they have scored runs when the team needed them."

Smith was named Player of the Series after scoring 687 runs at an average of 137.4, backing up his ranking as the world's top batsman.

"I am really proud of the way that I have played in the series and led from the front," he said.

"My mind is probably in as good a space as it has been with my batting." The tourists will, however, take pride from refusing to buckle despite being outclassed in four of the five tests and Root's determination to bat on Monday while clearly unwell typified their fighting spirit.

The 27-year-old was 42 not out with England 93 for four - still 210 runs from forcing Australia to bat again - at close of play on day four but experienced diarrhoea and vomiting overnight and was taken to hospital for treatment.

England initially said he was treated for severe dehydration but later revised the diagnosis to viral gastroenteritis that had nothing to do with Sunday's high temperatures at the ground. The skipper reached the ground in time for the start of play but out-of-form Moeen went out to bat in his stead, making 13 before almost inevitably falling lbw to Lyon.

Off spinner Lyon dismissed the all-rounder seven times in nine innings over the series with four of those leg before decisions.

Root received an ovation when he came out to resume his innings and had soon secured his 37th test half century with three runs to fine leg.

He suffered a recurrence of the symptoms during the lunch break, though, and Tom Curran, who finished the day 23 not out, came out to bat in his place for the second session, leaving Root retired hurt for 58.

© Copyright 2021 Reuters Limited. All rights reserved. Republication or redistribution of Reuters content, including by framing or similar means, is expressly prohibited without the prior written consent of Reuters. Reuters shall not be liable for any errors or delays in the content, or for any actions taken in reliance thereon.
Related News: Steve Smith, Australia, IMAGE, Nathan Lyon, England
COMMENT
Print this article 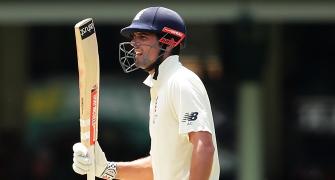 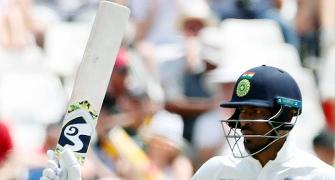 Outstanding Pandya has kept us in the game: Pujara 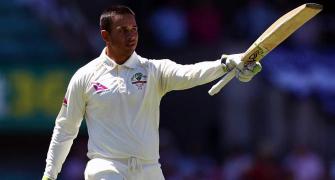 Seven years after 'that' 37, Khawaja finally gets his Ashes ton 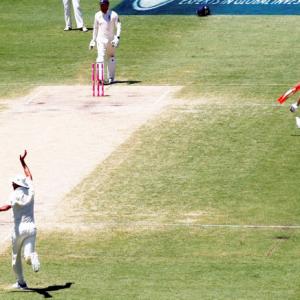 SA vs Ind: Rain washes out play on Day 3 of first Test