India's bad loan problem is not a purely financial one!

It is a national economic problem and one that requires a political solution hand in hand with a clear government commitment to stand behind core national assets, says Vinayak Chatterjee. 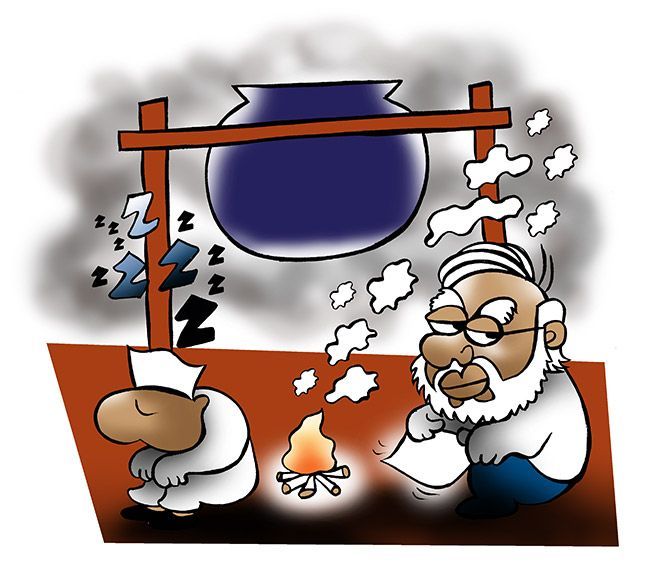 India’s bad loan problem continues to keep policymakers awake at night. The most comprehensive overview of it, as well as a proposed solution, has been presented in the recent Economic Survey, which addressed a whole chapter to this “twin balance sheet” issue - the dual problem of tottering corporate balance sheets weakened by heavy bad debts and bank balance sheets awash in red ink.

There is no doubt that the problem is one of the most serious ever faced by India’s financial sector. The estimate of non-performing loans is now around $191 billion, or well over eight per cent of gross domestic product. This estimate has doubled since 2013.

Thirteen per cent of the gross non-performing loans are from the infrastructure sector. This level of non-performing assets means that banks are now deeply reluctant to fund infra projects and companies.

Recent specific events such as the arrest of a former chairman of IDBI have only deepened this reluctance. So, private sector involvement and consequent investment-driven growth and job creation languish.

Meanwhile, even as banks dither on solving the problem, project assets face the increasing risk of obsolescence from lack of maintenance, upgradation and, in many cases, completion.

Initiatives by the Reserve Bank of India (RBI) to tackle this problem have had extremely limited success. Schemes like the 5/25 (elongation of loans to 25 years by changing hands every five years), strategic debt restructuring (SDR) and the sustainable structuring of stressed assets (S4A) have not made any meaningful impact.

Another expected amelioration - that by private sector asset reconstruction companies (ARC) - has not taken off. Private sector ARCs were seen as specialists in bad loans, who could succeed in reviving such assets where banks had failed.

But banks have been reluctant to sell to such ARCs and take a “haircut” on their loans. In 2014, sales to ARCs slowed even further as a result of new rules requiring them to pay a greater share of the purchase price of assets upfront in cash.

Moreover, private sector ARCs have typically been thinly capitalised, thus restricting their room for manoeuvre and risk-taking. In addition, they by themselves do not have the stature to individually handle the multidimensional complexities involved.

The Economic Survey takes a different approach. It proposes a more enhanced role for the government and proposes the setting up of a centralised Public Sector Asset Rehabilitation Agency (PARA) that would buy up the bigger non-performing assets.

A single such institution set up with state backing would address problems with contextual solutions. For instance, there is a serious problem in getting different banks, who have exposure to a given project, to come to an agreement on restructuring a loan.

Centralising the debt in a single agency addresses this. Further, public sector enterprises could be asked to temporarily run such assets.

The demonstrated appetite for foreign institutional investors to pick up brownfield assets could be met, and National Investment and Infrastructure Fund (NIIF) utilised as a channelling agency.

The entire capital for PARA is not expected to come from the government; it has been suggested that it could even be structured as a 49:51 entity with a majority private sector stake. The important point is to make sure that the entity has, and is seen to have, strong backing from the government, much like the NIIF.

The political establishment has been understandably wary of getting too involved, given the potential for “crony” and “suit-boot-sarkar” accusations. But over 80 per cent of the log-jammed funds belong to the people of India - through public debt and equity markets.

Such stuck infrastructure assets are national economic assets; as a result, any government has an obligation to ensure they are kept in good working condition.

There is also a false equivalence between a non-performing asset on a purely private good - such as, say, a passenger car, and one on a road asset. Under RBI norms, delayed payments on either set of loans are treated in the same way.

However, one asset is a purely private consumer good while the other is a critical investment with wide and far-reaching “external effects” well beyond the original costs of the project.

Moreover, the process by which a PARA can acquire a stressed infra asset can be made transparent, clear and overseen by a venerable and independent committee.

The price at which such assets are to be acquired would be set by such a committee, thus reducing the potential risk of a government being accused of malafide bailouts.

Further, any assets and the price at which they are sold to PARA could be made immune to reviews by investigation or vigilance agencies if the process of sale is clear and transparent.

Internationally, the general approach of government being closely involved in bailing out large-scale private entities has generally met with success.

In the United States after the credit crisis, for example, the government itself made large-scale infusions of funds into institutions such as AIG. In the AIG deal, the US government reduced its stake gradually and earned profits on its share sales.

In the ultimate analysis, India's bad loan problem is not a purely financial one. It is a national economic problem and one that requires a political solution hand in hand with a clear government commitment to stand behind core national assets.