One of the great hallmarks of Ravi Shastri is the ability to seem visible, both during times easy and difficult.

Those who played alongside him will tell you that he always wanted to be involved in the game, whether it be batting, bowling or fielding.

It's a quality that has served Shastri well post-retirement, too.

Over the years, he has donned a variety of hats, from commentator to administrator to head coach of the national team, the position he currently holds.

To use a commentary cliché that Shastri himself will perhaps relate to, he likes to be in the 'thick of the action'.

Naturally then, with all international cricket suspended, Shastri was frustrated at having to sit idle.

But the lockdown also gave him time to scout new opportunities, the result of which was the announcement of the launch of a new men's grooming range last month.

Christened 23 Yards, the venture, in partnership with Ador Multiproducts, will include offerings like body wash, beard oil, shaving gel, deodorant and sanitizer.

The name, an ode to the people willing to go the extra yard -- a cricket pitch is 22 yards -- was chosen by Shastri himself.

"The entire process was organic. We met through mutual associates and he expressed a desire to start a grooming range. For a strong, flamboyant personality like him, the idea made perfect sense," says Deep Lalvani, chairman, Ador Multiproducts.

For now, 23 Yards plans to only sell online.

Shastri is among a number of cricketers -- both current and former -- who have turned entrepreneurs.

Virat Kohli is the most obvious one, with stakes in fashion label Wrogn and Indian Super League team FC Goa.

Some of his other investments include gym chain Chisel and start-ups Sport Convo and Stepathlon Kids.

The scale and diversity of such investments is a departure from how conservative Indian cricketers of the past used to view business.

At best, some of the notable ones dabbled in the hospitality sector, opening restaurants, most of which never really took off.

"Earlier, cricketers, despite having the money, didn't have the kind of avenues that the current crop have. Plus, the professionalisation of the game, with sports management firms coming in, has played a big part," says the director of a Chennai-based sports consultancy, requesting not to be named.

Much of Kohli's burgeoning portfolio is driven by his association with athlete management firm Cornerstone.

In Dhoni's case, that is led by Rhiti Sports.

"Some of these ventures are a reflection of the players's personal interests," says the consultant quoted above.

This is what led K L Rahul to partner with retailer Zeko Online for Gully, a streetwear label launched early last year.

A fashion enthusiast, the Kings XI skipper saw Gully as an extension of his personality.

"The idea behind Gully was giving sports merchandise a fashionable edge," says Arjavi Shah Marwaha, CEO and chief designer of the brand.

"Streetwear is the new luxury, with a number of global brands coming out with collections. Hence, a well-travelled cricketer like Rahul complements the brand really well."

For the Indian Premier League season, Gully collaborated with two franchises: The Rajasthan Royals and the Kolkata Knight Riders.

Roping in cricketers as partners -- they also invariably become the face of the brand -- instead of brand ambassadors is beneficial for companies as they result in lower endorsement fee structures, wherein players are paid an amount upfront and the rest in sweat equity.

"It's rare that a cricketer actually puts in his own money in a business. There are exceptions, but mostly they are lending just their name and time," says a Delhi-based professional working with a celebrity management firm.

But branding professionals contend that a cricketer merely lending his face to products is never quite enough in the long-term.

"We have seen most of these players ignore the building blocks of branding. They have adopted a top-to-bottom approach, instead of the other way round," feels brand consultant Harish Bijoor.

"They have to go beyond just appearances."

Rahul, for his part, says Marwaha, takes an active interest in the design process at Gully, from the styles to the colours.

"Earlier, we used to advise him on what styles would work. Now it's the opposite," she says.

Lalvani adds that Shastri, too, has been involved in the early decision-making, handpicking the different fragrances the brand has put out so far.

While Gully is still only a year old, other cricketer-led ventures have been a mixed bag. Universal Sportsbiz, the company behind Wrogn, is valued at over Rs 1,200 crore (Rs 12 billion), but is yet to turn profitable.

A major part of that valuation is down to funding by private equity investors such as Accel and Alteria Capital.

Kohli, in fact, invested Rs 13.2 crore (Rs 132 million) in the company in a fresh round of funding only last month.

Sachin Tendulkar is also among the early investors in USPL.

Dhoni's Seven, on the other hand, has failed to make a significant dent; it did not respond to requests for comments or revenue figures.

Launched in 2016, its apparel is available on all e-commerce platforms, but industry experts say it is too reliant on Dhoni’s charisma to push sales.

"A cricketer's personality is never enough if you are looking at adequate monetisation," says Bijoor.

Can Shastri, nowhere near as popular as Kohli and Dhoni, buck that trend?

Some feel his mature image will resonate with older watchers of the sport.

And if he can devote time to the new venture and remain focused, he can find an audience in India's booming men's grooming market, which, according to estimates, is valued at Rs 5,000 crore (rs 50 billion).

Lalvani, too, is optimistic, saying that Shastri will appeal to the younger lot as well: "A powerful brand story like this will attract men from all age groups." 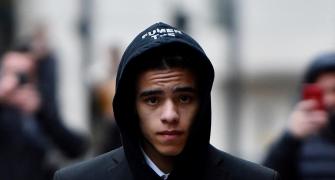 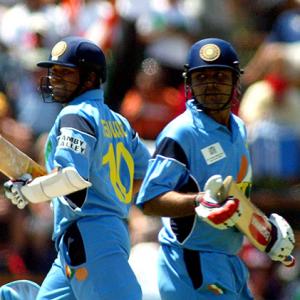