In Digital India, SAAS firms are lapping up young execcutives

Indian firms selling SAAS products have got a bonanza as companies meet, manage and sell remotely. The top five firms - Zoho, Freshworks, HighRadius, Druva, and Icertis - account for 33 per cent of the market share.

Yuvraj Malik explains how these companies are planning their next phase of growth. 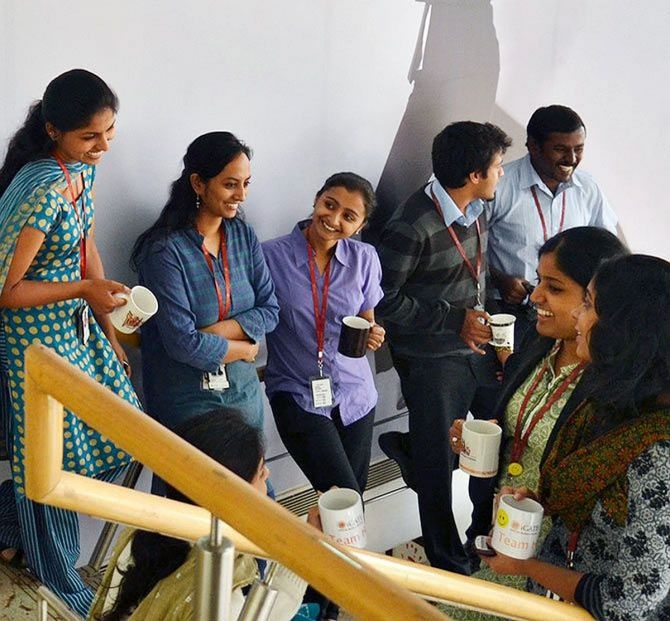 Abhijit (name changed) found a new job in the pandemic.

He left his supposedly safe job at Tata Motors to join SAAS firm HighRadius in August.

“The company is in a growth phase right now,” said Abhijit, 28.

Abhijit, a management graduate from Indian Institute of Technology Bombay, got a salary hike and at Hyderabad-based HighRadius he will work with European clients - a coveted role.

SAAS (software-as-a-service) is an umbrella term for all sorts of software used by modern enterprises.

SAAS firms are lapping up young executives like Abhijit because the coronavirus pandemic has made companies invest in digital tools.

With meetings, human resources management and sales being done remotely, demand has increased for tools that enable these functions.

“If something is enabling business operations, or digitisation, or better analytics on data, and enabling the business to be efficient especially in these times, I think those are the cases where we are seeing tremendous amount of growth,” said Karan Mohla, a partner at venture capital firm Chiratae Ventures.

USA's Salesforce, which counts among the top 10 SAAS global firms, saw its market cap rise 50 per cent to $228 billion since last year.

Zoom, the video meeting platform that got millions of new users in the pandemic, saw its stock rising from $68 in January to $482 in September-end.

India was already a centre for SAAS before the pandemic hit.

Freshworks, Zoho, Postman, and Druva had built high-growth businesses selling to enterprises in the US and Europe.

Postman, a tool to develop application process interface (API), the building blocks of software, snagged $200 million in June, plunging it to the unicorn status at $2 billion valuation.

India’s SAAS revenue touched $3.5 billion in FY20: growing 30 per cent since last year and 1.5 times faster than the global growth in the sector, according to NASSCOM, India's software industry association.

NASSCOM estimated this year more than a thousand firms operate in SAAS in the country, of which over 150 have ARR (annual revenue run-rate) of over $1 million.

It noted that the top five firms - Zoho, Freshworks HighRadius, Druva, and Icertis - account for 33 per cent of the market share.

“Enterprise may let go off staff but (it) will continue to spend on mission-critical software that is core to their organisation,” said Arvind Parthiban, founder of SuperOps.Ai, a SAAS start-up for IT support teams.

Parthiban quit as senior director for marketing at Freshworks to launch SuperOps.Ai in May.

“If there is cost cutting, I (as an enterprise) have to look for affordable software alternatives. I will try to replace people with budget software.”

“I’ll give you one data point: In 2008, when financial crisis happened, Zoho made most of the business because everybody (the enterprises) was replacing big four products (accounting software like Tally ERP) to affordable products,” said Parthiban.

He is also the founder of Zarget (sold to Freshworks in 2017), to launch again in these uncertain times.

This year, already the funding in Indian SAAS start-ups is highest in five years. (See table).

While bulk of the funding deals were smaller rounds at seed and series A stages, the big ticket deals this year were: $125 million for HighRadius in January, $150 million for Postman in June, and $55 million for Chargebee this October.

The buoyancy is based on early success stories.

Zoho, launched by Sridhar Vembu in 1996, climbed to Rs 3,308 crore in revenue and Rs 516 crore profit in FY19 without raising a single dime from the venture capital market.

The company plans to go public in the US, bringing in a chief financial officer in May for the purpose.

“No one could have predicted the events that have unfolded during the past few months, yet Freshworks has continued to make progress in important areas,” said Girish Mathrubootham, CEO and founder of the company.

“Our business has been resilient, showing growth across our chat, telephony and customer support products that strengthen customer communications - a lifeline during these unprecedented economic times.”

“Three-four years-worth of shift in thinking, in terms of digital agenda, has happened (during the pandemic,” said Jayant Paleti, co-founder Darwainbox, an HR tech start-up backed by Lightspeed, referring to the demand for SAAS services.

“Even the most traditional of companies come back and said 'we want to be digital'.”

Paleti said sales conversations were muted in April-June and picked up from July. He added that many small firms, too, approached it for demonstrations on SAAS.

SAAS works over cloud, meaning the software rests on a centralized computerised server and is available to customers over the internet.

Customers don’t have to invest in expensive hardware like storage and they can access the service by logging in through a web browser.

Clients can scale up services, as traffic and business increases.

Mohla, of Chirate Ventures, said his portfolio firm Newgen Software had to create a SAAS version of its business process management (BPM) tool before it went public in January 2018.

Newgen’s share price have gone up 120 per cent since March.

Most Indian SAAS companies sell their services in overseas markets like the US, where they have opened large offices.

“Most Indian SAAS companies have US (as) their focus market--that is because early adopters of technology will be in the US.

"And to some extent in Europe and Japan,” said Mohla.

He said that the mix usually rests around 50 per cent sales from Americas, 20 per cent from Europe, and 10-15 per cent each from Europe and South East Asia. 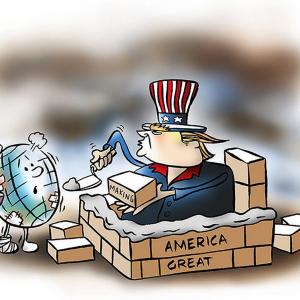