A question often asked is, how many jobs does India need to create every year? There are many reasons why this question is important.

First, conventional economics informs that if an economy desires to grow then it must harness more labour into productive jobs.

Second, since India has a large and growing young population, providing them good jobs could help it encash once-in-a-lifetime demographic dividend.

Third, if the large and young population is not provided with jobs, they can get restive and beyond a point that could be socially destabilising.

Fourth, India has a very low labour participation rate and a low employment rate. A much smaller proportion of the working age population is working or willing to work in India compared to global norms. This is anomalous with India's image as a rapidly growing large economy.

This is not an exhaustive list of reasons why we need to understand how many jobs should India be generating in a year. There could be many more.

The first reason is both, elementary and enigmatic. It is elementary that growth implies more production of goods and services which should logically need the greater deployment of labour besides capital.

This can only be done if more jobs are created and more people are employed. But, a longstanding and well know enigma of India's growth story is that it has continued to grow rapidly for decades, almost without creating new jobs on a net basis.

Apparently, India has generated over 5 per cent per annum real economic growth with less than 1 per cent employment growth for three decades.

In the last eight years, India has grown at a similar rate miraculously, with a shrinking workforce. We have progressed from job-less growth to less-jobs growth. 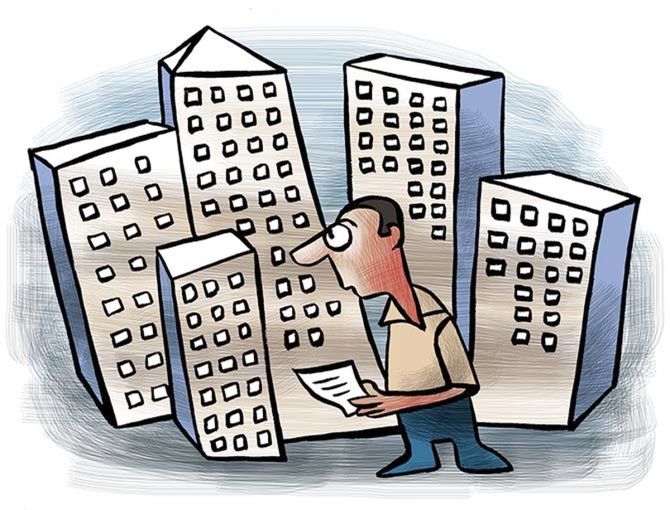 And, to do this it needs to raise its growth rates higher than their current levels. India has not created even half of this requirement in any year since 2016-2017.

And its growth rate is slipping.

Nevertheless, 8 million jobs per year is a number worth noting because this is a very conservative number on the jobs India requires to create.

The working age population, which is the population of age 15 years or more, is estimated to be growing at the rate of about 2 million per month.

It can therefore be assumed that 42 per cent of the 2 million new entrants into the working age population would be looking jobs every month.

This translates into a requirement of 0.84 million new jobs per month or nearly 10 million jobs per year.

If we were to assume an acceptable unemployment rate of 10 per cent, India would still need 9 million jobs every year.

Whether 8 or 9 million jobs per year, what is being discussed here is merely the new flow of potential labour force with a continuation of the abysmally low employment rates India suffers.

Of these, 33 million were actively looking for jobs without success and the remaining 12 million were passively unemployed.

Of the 45 million unemployed, 31 million were in their twenties.

The real challenge, of course, is in raising the labour participation and employment rates.

Given that India is unable to create additional jobs in spite of the growing young population any discussion of raising these rates is simply unrealistic. An immediate concern should be to not let these rates fall further.

To raise the employment rate back to its 2016-2017 level of 43 per cent, India would need to provide 50 million more jobs today.

Nothing in India's recent history suggests that India can provide 8 to 9 million jobs a year, let alone generate 50 million jobs in any reasonable time.

In a few decades, India will stop producing so many young people and the problem of falling employment rate may also go away.

But the opportunity of the demographic dividend will be lost forever. 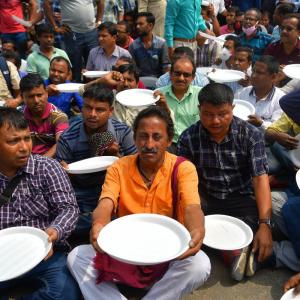