Why one shouldn't delay EPF withdrawal 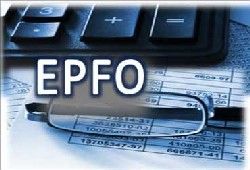 In 1999, Bengaluru resident Meenakshi Harish (name changed on request) left her job at a leading software firm to get married and settle in the US.

Meenakshi returned to India in October 2010.

Now that she was in India and had parents/in-laws to support her, she decided to start working.

She partnered a friend to start a technology firm.

Given that Meenakshi had not been working for nine years, she had very little savings.

In addition, she did not want to take her husband's help beyond his second property that she used as office space.

This was the time Meenakshi remembered her employee provident fund corpus that was untouched.

All these years, she had forgotten about it like anyone else.

The question was how to withdraw that corpus.

A banker friend scared her by saying that claiming from the Employee Provident Fund Organisation can take an entire life.

As luck would have it, it came true.

She contacted her last employer.

Though the human resource department of any firm should be able to hand over the PF account number with the help of the employee code/number, Meenakshi was left helpless because it had been around 11 years since she had left the organisation and her details had to be searched for.

She then approached the regional EPFO office.

The officials denied any help without the PF number.

It took two months before she could fill the withdrawal form with her former employer.

“By the time the employer processed the form and submitted it to the EPFO, it was February 2011.

In November 2011, EPFO misplaced my application/records.

I had to go through the entire process again. Since January 2012, my file is stuck with them,” she says.

Typically, it should take 30-60 days to get the claim processed but many quote a longer timeline.

This does not mean everyone has a hard time.

According to certified financial planner Malhar Majumder, “One can face endless problems when applying for unclaimed EPF.

Hence, it is common advice to hire consultants for this job.” So, what are the things you need to do here?

When you make an application to withdraw your EPF corpus, among other documents you also need to give a copy of the resignation acceptance letter from the last employer.

“Some EPF offices may accept the relieving letter while some may not.

There is no uniformity about which documents need to be submitted.

It all depends on how each office interprets the requirement,' says Majumder.

According to an human resource expert, sometimes EPFO executives won't trust your original documents and might ask you to furnish a separate letter from the last employer, stating the same things as in the experience letter (see box). Exempted EPF

Under the exempted provident fund scheme, an organisation forms its own PF trust for its employees.

The employer executes the trust deed, prepares the PF rules and nominates the trustees from among its employees for managing the trust.

“Apart from the fact that claiming any unclaimed money is difficult, with a trust system the problem is they have their own set of rules and you have no alternative to check the status of your application.

With unexempted PF, a status check is possible,” says the HR expert.

If your past employer is not in the same city as yours, then you can face problems.

Like in Meenakshi's case, if you quit many years earlier, finding your details can be an issue. Many times, your former employer may not cooperate. Your employer could also refuse to cooperate if you served for a very short term with it. May have to file multiple applications

Another HR expert says many times, EPFO does not give the entire amount accrued.

This is specially problematic for those withdrawing soon after quitting or retiring.

“It is said the EPFO keeps some amount, say last six months or one years’ contribution and interest in an escrow or intermediary account.

In that case, a second application needs to be filed to get the remaining money.

”For this, one needs to know how much corpus had accrued in the account, which most don't know,” he says.

That’s why he advises people to wait for a year before claiming the corpus because then, there is no need to apply twice and the account earns interest for 36 months even without contribution.

Relationship with employer at the time quitting

A Haryana-based college professor says his last employer refused to cooperate with his EPF withdrawal because he left the institute over uncordial terms.

It took the professor almost two years to get his money.

Or, when one does not serve notice period and does not pay for the same, employers could not release the EPF, says Mathpal.

Experts unanimously opine that a PF commissioner can be of help in such cases.

However, getting to him/her can sometimes be more difficult than getting the claim.

Meenakshi recalls having caught the commissioner only once till now but did not get enough time to explain her issue.

Therefore, it is advised that you transfer your EPF corpus each time you switch jobs because if you need to claim from multiple employers, then you might need five-six years.

Transferring the corpus can be equally tedious.

HOW TO CLAIM EPF

• You can claim EPF after 60 days of your resignation, provided you have not been employed in the period
• Next, apply for claim on Form 19 for EPF and Form 10C for employee pension scheme; forms are available on EPFO site
• Be careful while filling bank details as EPF is submitted in your bank account
• Send forms with a cancelled blank cheque & copy of your resignation/ relieving letter
• To be safe, remember your employee code
• Send forms to previous employer, who will process it and send it to EPFO
• Companies with PF trusts may ask you to apply to the EPFO directly