'Our pet insurance policy is similar to the health insurance for humans.'
Tinesh Bhasin reports. 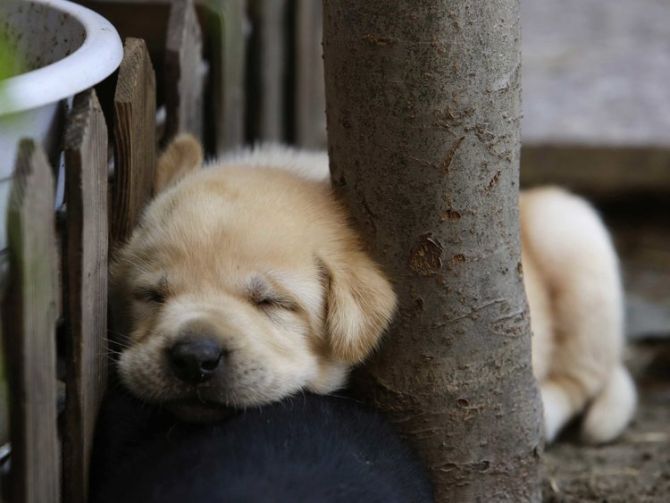 Pet owners can now buy health insurance policies for their dogs and cats to take care of their medical treatments.

Many companies have recently started offering such plans with a premium ranging between 4% and 22% of the sum insured.

Some insurance firms offer policies for pets, but the cover is only for death or third-party liability.

"The existing policies protect a pet owner, if their dog or cat causes damage, and the court orders a compensation. There is also cover for treatment, but only in case of accidents. Our pet insurance policy is similar to the health insurance for humans," says Karthikeyan Sathyaseelan, founder, Pawinsure.

While the premium looks high for the sum insured, Sathyaseelan says companies have just started offering these premiums.

It is early to say whether they are low or high. The insurer will change the pricing based on experience.

Premiums also depend on the number of policies sold -- higher the number, lower the premiums.

Currently, Pawinsure focuses on owners who don't have exotic breeds.

It does make sense for pet parents -- a common term for the pet owners -- to buy the insurance as diseases such as diabetes and cardiac conditions are becoming common.

If a pet contracts any chronic illness, regular treatment can put a dent on your finances.

"As there are not many speciality veterinary hospitals, we don't offer cashless. A pet owner has to pay the bill and claim it later. Also, hospitalisation is not mandatory," says Prakash Khaire, founder and partner, Vetina Healthcare.

While Pawinsure covers both dogs and cats, Vetina only provides insurance for dogs as of now. A policy for cats is in the works.

The yellow one excludes major illnesses from the four categories, and the red ribbon excludes accidental injuries.

The premium depends on the pet’s age bracket. Pawinsure, for example, offers the lowest premium for dogs aged between 90 days and one year.

Then there is the age bracket of one year to four years, four to eight and above eight years.

Vetina's Pawtect's age bracket is different -- eight weeks to one year, two to three years and four to five years.

Vetina doesn't offer a new policy for pets above the age of six, and policies can be renewed up to the tenth anniversary only.

These policies also come with a set of exclusions. They don't cover pre-existing diseases, birth defects, regular doctor visits and consultations, vaccinations, or injuries caused by the owner’s negligence.

These covers are sold completely online. A pet parent needs to sign up at Pawinsure's Web site.

After selecting the plan, s/he needs to upload pictures and video of the pet, and a certificate from a registered vet in the prescribed format.

The idea behind this is to identify the dogs, and discourage breeders from taking policy for one pet and using it for another that cannot be distinguished.

The vet's certificate gives an approximate age and the vaccinations done.

The firm doesn't provide insurance for dogs who have not received vaccinations.

Vetina only takes a declaration, but requires a small chip, the size of the grain, to be inserted in the pet for identification.