News
Business
Movies
Sports
Cricket
Get Ahead
Money Tips
Shopping
Sign in  |  Create a Rediffmail account
Rediff.com  » Business » What is the biggest concern about GST?

As corporate India gears up to be GST-ready, the ongoing litigation and tax dispute cases are something most businesses are cagey about. 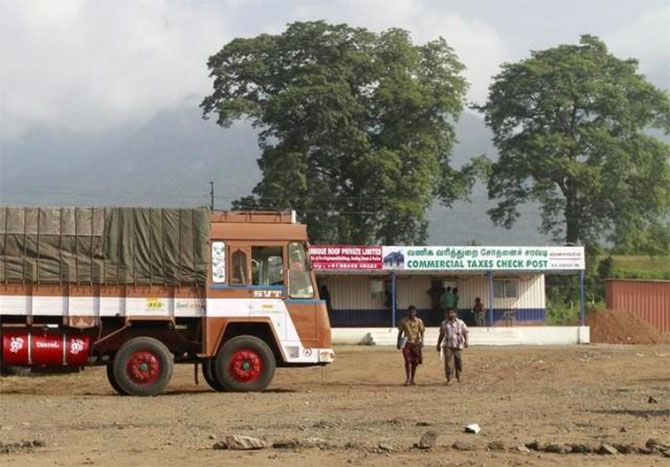 “Dealing with legacy issues,” responded the chief financial officer of a large manufacturing conglomerate when asked to comment on his biggest concern about the goods and services tax (GST).

As corporate India gears up to be GST-ready, the ongoing litigation and tax dispute cases are something most businesses are cagey about.

According to the Comptroller and Auditor General (CAG) report for the period ended March 2016, there were 243,167 demand and 76,151 refund cases pending across forums under service tax and central excise.

Tax experts say the litigation before the tribunal and courts largely relate to exports, classification of goods, and credits under central excise and value added tax (VAT).

“The overall objective of the central and state governments has been to close as much litigation as possible before the advent of the GST,” says Anita Rastogi, partner, indirect tax, PwC.

However, given the volume of pending cases and disputes, it may not be possible to clear the backlog before GST roll-out on July 1. “There would certainly be roll over of cases under existing laws to the GST regime,” says Rastogi.

L Badri Narayanan, partner, Lakshmikumaran & Sridharan, points out that one should not expect quick settlements just because the new indirect tax regime will roll out this financial year.

“What, instead, can be expected is expedited adjudication to the extent possible. A set of officers and current tribunals would continue to adjudicate the disputes under the old regime,” he says.

However, almost all state governments have told their tax officials to take steps for closure of existing litigation. Some states have introduced amnesty schemes as well.

At the central level, the powers of adjudication, across ranks, have been increased so that there is reduction in the pendency at the commissioner level, and lower-level officers could dispose of the pending cases.

Additional charges have been given to the identified commissionerates and appellate authorities, asking them to target the disposals before the GST goes live.

“The department has also directed its officials to withdraw certain cases before the appellate authorities, given the presence of precedent or absence of contemplated review,” says Rastogi.

For a quicker resolution of some existing disputes, tax experts are also advising companies “to pay tax and close the litigation to buy peace” after looking at the merits and materiality of the demand by the revenue department.