The FM he said non-performing assets of PSBs have come down by Rs 1 lakh crore.

Finance Minister Nirmala Sitharaman Friday announced that the government will pump in 70,000 crore into public sector banks to strengthen them and enhance their lending capacity.

Unveiling budget 2019-20, she said non-performing assets of PSBs have come down by Rs 1 lakh crore.

Banks have recovered Rs 4 lakh crore due to the Insolvency and Bankruptcy Code and other means effected in the past four years, she said.

The government has decided to infuse Rs 70,000 crore in the state-owned banks, so that credit growth can be improved, she said.

Domestic credit has increased to 13 per cent.

She further said the government has carried out consolidation in the PSBs, smoothly reducing their number by 8.

"For purchase of high rated pooled assets of financially sound NBFCs amounting to a total of Rs 1 lakh crore during the current financial year, government will provide one time six-month partial credit guarantee to PSBs for first lot of up to 10 per cent," she said.

She said NBFCs are playing an important role in sustaining credit demand and maintaining capital formation in small and medium industrial segment.

Non-banking financial companies that are fundamentally strong continue to get funding from banks and mutual funds without being unduly risk averse, Sitharaman said.

The minister also proposed to bring NBFCs under the regulation of the RBI for better oversight and to strength monitoring of the sector effectively.

Source: PTI© Copyright 2021 PTI. All rights reserved. Republication or redistribution of PTI content, including by framing or similar means, is expressly prohibited without the prior written consent.
Related News: Nirmala Sitharaman, RBI
SHARE THIS STORY
Print this article 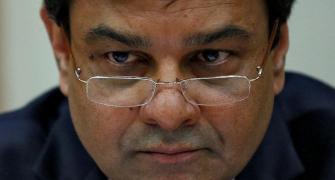