Adani in talks to buy out GVK, partners in Mumbai airport

Billionaire Gautam Adani's Adani group is in talks to buy out GVK and some of its partners in the Mumbai airport as it aims to become the country's biggest private airport operator. 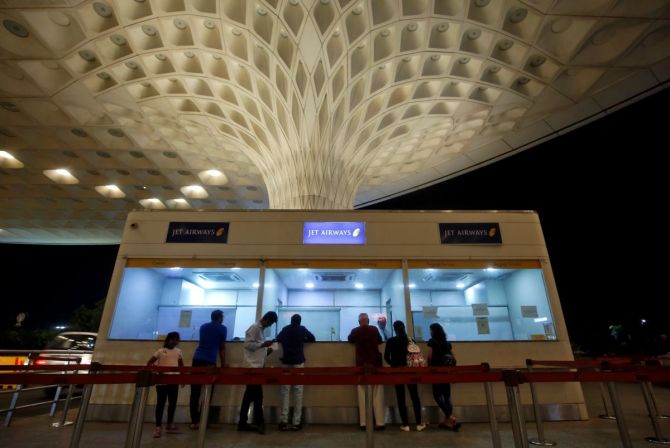 Adani group is in talks to acquire a 50.5 per cent stake held by GVK Group in Mumbai International Airport (MIAL) and another 23.5 per cent of minority partners, Airports Company South Africa (ACSA), and Bidvest Group, two sources with knowledge of the matter said.

The spokespersons of both Adani and GVK refused to comment.

Adani group had, in March 2019, agreed to acquire 13.5 per cent stake of South African company, Bidvest, for Rs 1,248 crore. However, GVK group blocked the deal claiming the right of first refusal. But GVK couldn't bring money to the table to buy Bid Services Division Mauritius's (Bidvest) stake and the matter went to court.

With GVK group's finances under strain, it has now come around to the idea of selling the stake to Adani group, they said.

After seaports, Adani group is betting big on the airports sector and has won the bids to run six Airports Authority-built non-metro airports in Lucknow, Jaipur, Guwahati, Ahmedabad, Thiruvananthapuram, and Mangalore.

It now wants to enter the country's second busiest airport by buying out Bidvest from MIAL, which was stalled after GVK chose to exercise its first right of refusal, and matched the offer that the Adanis made to Bidvest.

Sources said preliminary discussions have taken place between Adani and GVK which may lead to the Hyderabad-based group exiting the prestigious Mumbai airport venture.

Proceeds from this transaction were to be used by GVK to primarily retire the debt obligations of its holding companies. It is not known if GVK got all the funds from the deal.

Sources said the investor consortium of NIIF, ADIA, and PSP Investments has agreed to give a 'carve-out' to the promoters of GVK, the Reddy family, so as to allow them to sell stake in MIAL.

Multiple teams are working on the Adani-GVK transaction, one of the sources said, adding that a preliminary announcement could come within weeks.

The development comes after the Central Bureau of Investigation (CBI) last week charged the GVK group with siphoning off funds totaling Rs 705 crore. It is charged with causing a loss of Rs 310 crore to the exchequer by entering into fake work contracts on the land given by the government to MIAL.

With the six non-metro airports and MIAL, Adani group will become the largest operator of airports other than State-run AAI, which runs most of the airports.

To achieve the aim, it also plans to increase domestic airline connectivity to new and under-served destinations, and also raise the number of flights to long-haul destinations in the West and also to South-East Asia. 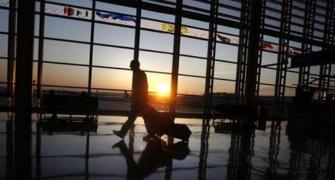 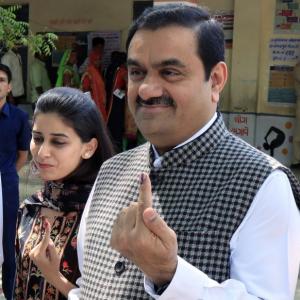