We genuinely believe that the right answer for India would be to keep the doors open on data flows, says Vice-President and Managing Director Facebook India, Ajit Mohan. Whether oil, gold or water, data is here to stay, and Facebook is going to work with telecom players, including Reliance Jio to reach more and more people in India.

Vice-President and Managing Director Facebook India, Ajit Mohan, spoke to Neha Alawadhi about the social media giant's priorities in India, issues with the government and the way forward.

How has the journey from Hotstar to Facebook been? What are Facebook's main priorities in India?

While earlier (in Hotstar), I had the opportunity to start and drive video of a certain kind, the opportunity that I see here (Facebook) is of scale and engagement to go a lot deeper in India, and be relevant across multiple things.

The scale, relevance and engagement with our family of apps across Facebook, Instagram and WhatsApp in India are vast.

It is clear that the scale of opportunity to create an impact in India is massive.

The Facebook family of apps is so rooted in communities, whether in public or private context, that it comes across as made for India.

It would have originated out of India in another world.

Where are the conversations Facebook is having with the government now, given what the prime minister has said about privacy recently?

How important is WhatsApp as part of that conversation?

The prime minister and the government have been vocal about the power of social media to reach a large number of people.

I think governments and citizens are both conscious that many of the issues (around tech companies) involve extraordinarily difficult trade-offs between competing values, for example, something that India values, which is freedom of expression and openness, and national security.

In case of WhatsApp, the government has publicly articulated that they support encryption, that Indians need to have the ability to have private communication.

We have been very engaged in all conversations about privacy and data, including representations to the Srikrishna committee and MeitY (ministry of electronics and information technology), and we have found that it's a challenge.

But it is an important conversation that should happen for getting the right answer between tech firms like us, governments and citizens.

We have found openness, we are engaging, we have expressed our points of view.

While we are cognisant that privacy is an important agenda, we are equally aware that concerns around national security should be addressed too.

While the government says it supports privacy, there is still talk about traceability of messages, including a case in Indian courts.

And that also leads into the larger issue of fake news and monitoring online content.

How do you look at that internally?

On the first one (traceability), because it's going through the judiciary, it is sub judice so I won' t be able to talk about it.

The third party fact checking programme on Facebook, came out of limiting the spread of misinformation.

Today, in India, we run one of the largest third party fact checking programmes anywhere in the world, with nine partners in 12 languages.

We take off content from the platform, millions of pieces of content, even before they get any distribution, even before they're seen by anyone, because there's been so much progress and automation and artificial intelligence.

One of the big changes on WhatsApp came from the feedback from stakeholders in India, about limiting the virality of misinformation.

When WhatsApp introduced limiting forwards to only five that limited the possibility of virality of a content.

However, we were happy to make the trade-off.

You also set up an election integrity team in India before the general elections.

What does the team do now that elections are over?

After 2016 US election, there was a big focus (on Facebook), which continues to be there.

The feedback we hear is, our efforts at ensuring integrity look a lot more involved than it was two years ago, and is still improving.

The reality is, around the world, there are elections happening at some point.

So it's a team that is working globally, across elections, and the idea is also to keep learning from each election, and funnel it into the next big set of product changes.

That's what the integrity team does.

So they're looking at state elections as well?

All the principles that we used in the general elections hold true for the state elections as well.

How do you look at the fact that most people, whether politicians, businesses or celebrities take to Twitter as the first platform of choice for mass messaging?

We feel really comfortable in terms of not just the scale and growth of our family of apps in India, but how our communities are engaging with them.

Facebook is used more for friends and families to connect with each other, Instagram (is used by) brands and celebrities and interest groups.

And then, of course, Whatsapp is the private forum.

Data has become a mainstream conversation in the Indian context, in the last year or so.

The prime minister also had recently said data is the new gold.

How important is this conversation in the Indian context from what you see in other parts of the world?

A lot of this massive growth in the internet economy happened on the back of a massive disruption from Reliance Jio, fundamentally changing the game in terms of access to affordable 4G.

I know there were headlines from Nick's (Nick Clegg, Facebook VP for Public Affairs who said in India that data is not the new oil but more like water) conversation two weeks ago, but I think it's key to recognise that we have benefited from it (Jio 4G).

We see Reliance as a partner, and hopefully Reliance and the other telcos see the value that Facebook, Instagram and WhatsApp have bought in terms of people using data.

It's important to call it out, because I don't think it should be lost in the noise of the headlines around the metaphor.

China has created a model where it's walled off.

The reality is, the polarity of the global internet now comes from the US, Europe, and India.

I think we recognise that India has a very special role in thinking about some of these issues, and a lot of the answers that India comes up with, will influence how the internet evolves, including their stance on data and privacy.

How do you look at India's demand for data localisation?

We genuinely believe that the right answer for India would be to keep the doors open on data flows.

India has benefited from those who have been open -- the first wave of information and technology companies.

I believe that there is commonality in the values that drive India. The openness, the spirit of entrepreneurship, some of the same themes that Prime Minister Narendra Modi has spoken about in the US.

In a country that has deep engineering talent, and is now at the cusp of creating fundamentally new models that can be exported to the world, I think it's the right answer for India.

I'm not saying this from a self-interested lens of Facebook, rather with a lot of humility and respect that India will find its own answers. 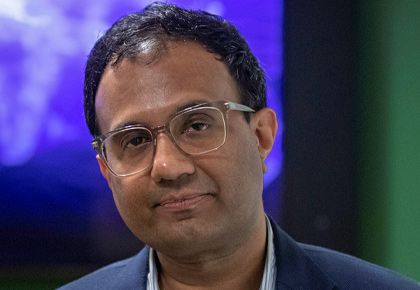 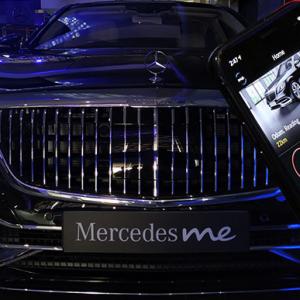