News
Business
Movies
Sports
Cricket
Get Ahead
Money Tips
Shopping
Sign in  |  Create a Rediffmail account
Rediff.com  » Business » What the future holds for the economy

Will people buy as many cars as before if more office-goers are working from home?
How much existing office space in commercial buildings will become surplus, and what will that mean for the construction industry, asks T N Ninan.

When people look back at COVID-19, what they remember most of all might be the loss of jobs on a scale unimagined since the Great Depression.

That earlier crisis gave birth to such classics as John Steinbeck's The Grapes of Wrath and Studs Terkel's Hard Times: An Oral History of the Great Depression.

Steinbeck wrote his Nobel Prize-winning fiction with the flavour of non-fiction, so Stalin banned the book because (it is said) he did not want Russians to see that even a poor American family could afford a car (at the time a Ford Model T cost barely four months' pay for an average family).

So what is the literature that will emerge now from Russia, where in all regions other than Moscow 78 per cent of employees were not working at the end of April, according to the minister for economic development (so quoted in the Financial Times).

Economic activity and tax revenue were both down more than 30 per cent.

In the US, meanwhile, joblessness has neared 15 per cent, not far from when Grapes got published in 1939.

India's is higher still, at over 27 per cent -- that means 122 million people, according to the Centre for Monitoring Indian Economy.

Of those, 91 million lost their jobs in April, most of them small traders and daily wage labourers.

Our migrants's oral histories are waiting for an Indian Studs Terkel with a tape recorder.

At least the Joad family in Grapes had a car, and did not have to walk hundreds of kilometres on Route 66, or drop exhausted on rail tracks.

As the global economy shrinks, and country after country is tempted to build a 'Great Wall against China,/strong>', more losses of industrial jobs are certain.

In a dangerous response, some of India's chief ministers seem to think they can attract those jobs by suspending most labour laws, or by treating migrants as captives.

They are inviting new anarchies on top of that wrought by Covid.

The future invites many questions.

Will people buy as many cars as before if more office-goers are working from home?

How much existing office space in commercial buildings will become surplus, and what will that mean for the construction industry -- one of the big three providers of employment?

In any case, how many of those migrants will willingly return to slum life and risk another life-and-death experience?

Will employers finally be forced to offer better terms in order to get them back? That's not what chief ministers are asking them to do.

In any case, millions who now think of jobs only as part of memory have withdrawn from the workforce.

Economy-wide productivity will take a hit because of a smaller workforce in a growing population.

What about leaders in the crisis,/strong>? Politicians in power who gained popularity during the initial weeks of COVID-19 are beginning to see their numbers slip as the pandemic grows.

Donald J Trump, who used to boast of his ratings, now trails Joe Biden in the polls by a large margin.

Vladimir Putin has the lowest ratings in his 20 years at the helm of Russia.

Xi Jinping has faced unprecedented flak, both within China and internationally.

Brazil's Jair Bolsonaro, who like Mr Trump was initially dismissive of the pandemic, has lost most of his business support and is left with only die-hard fans who approve of his autocratic ways.

And in the UK, Boris Johnson, who changed course midway on how to deal with the pandemic, is under fire for the highest number of Covid-caused deaths in Europe.

But they are skilful populists, all, and might well survive.

Fortunately, some heroes have emerged. 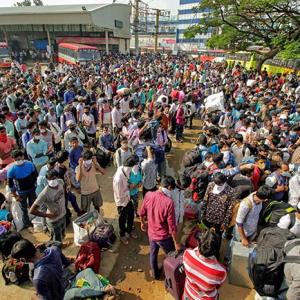 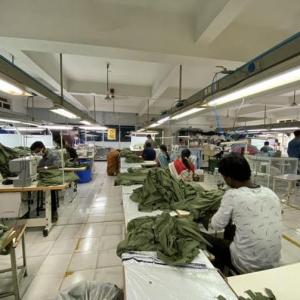