One of the most interesting bets in Mumbai's financial community earlier this month was about the percentage of Rs 12 lakh crore -- the total physical currency of Rs 17 lakh crore less Rs 3.5 lakh crore with banks and Rs 1.5 lakh crore in small notes -- that will not be exchanged by or deposited in banks by December 30.

This demonetisation is only the 10th of the 25 things needed, because ending black money is not a regulatory beheading, but death by a thousand cuts.

I'd like to make the case that the 5 key criticisms of demonetisation -- flow versus stock, price of real estate and money, SME impact, lower consumption and inconvenience -- are more than negated by the long term effects of formalisation.

Let's look at each criticism in diminishing order of importance in more detail:

Flow versus stock: Analysts suggest that demonetisation is 'merely' a one-time intervention that reduces stock and does not nothing about flow (the fresh creation of black money with new currency).

They are right; stock and flow are two different problems with different solutions.

But dealing with stock creates conditions for even more aggressive action on flow; expect further curbs on cash payments, a smaller number of high value notes put back into circulation, the application of big data algorithms to saving, consumption and investment data, and much else.

None of them are perfect or complete alone, but seen together, the flow plan is nicely complemented by this stock intervention.

Price of real estate and money: India has long mispriced land and money, and analysts suggest a huge impact on both.

Saurabh Mukherjea of Ambit suggests that India's low rental yields of 2% reflected our black economy because globally rental yields and borrowing rates are similar. He estimates that rental yields will double as the price of residential real estate halves.

Mr Mukherjea also estimates the shift from black to white savings could reduce our interest rates by 350 basis points over the next four years.

Ending the mispricing of real estate and money is wonderful for entrepreneurship, global competitiveness and job creation.

Bad timing: Analysts suggest this could have been timed differently because of the rabi crop, Diwali, and Uttar Pradesh elections.

A country of India's diversity and size will always have some harvest, election or festival coming and a decision of this impact is probably best made in the middle of a government's tenure rather than too close to the next national election.

An important part of the fairness of this move was secrecy and surprise; announcing the decision as soon as it was logistically possible with new currency was crucial to its impact.

SME destruction: Analysts suggest that many small businesses will not be viable in the white economy because their survival depends on tax or labour law arbitrage.

A reduction in the number of enterprises is welcome.

Of India's 63 million enterprises, only 8.5 million have any tax registration and only 1.5 million pay provident fund.

The US economy is 8 times our size and only has 25 million enterprises.

The destruction of low-productivity informal enterprises that don't pay minimum wages or provide safe working conditions and leave is welcome.

Demonetisation destroys past gains of informality; complementing this with infrastructure building and ease of doing business interventions that reduce regulatory cholesterol could raise formal employment from 10% of our workers to 50% in the next decade.

Lower consumption: This is the trickiest to estimate.

Analysts agree about short-term pain, but are divided on impact.

Some suggest pain will be concentrated in the north, rural areas and consumer durables while economist Surjit Bhalla suggests no problem because individual consumption is Rs 13,910 per month at the 99th percentile.

My sense is that pain will not be as prolonged and as widespread as expected except in jewellery and real estate that delightfully will have a long and overdue cold winter.

Inconvenience: This is a real short-term pain, but the amount of tears shed by rich people for the inconvenience of poor people and farmers would probably fill an ocean.

Poor people don't have black money and farmers are untaxable.

A counterintuitive but effective measure to reduce this temporary pain is the Rs 2,000 note, but the numbers of this high value note should be capped and this new accomplice of black money storage should be demonetised in a few years.

The boldness of demonetisation suggests a bias for action, however imperfect, after decades of rhetoric.

The estimates in Mumbai's financial betting pool of the 12 lakh crore high value notes that will not be exchanged or deposited by December vary between 20% and 40%.

Whatever the final number, as Karl Marx said, 'Philosophers have only interpreted the world, in various ways; the point is to change it.' 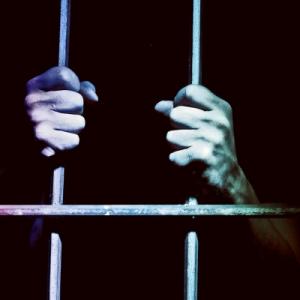