China has consistently spent more than 2% of GDP on R&D while India's expenditure on R&D has stagnated around 0.7% of GDP.
Can our government shore up resources so that we hit the R&D expenditure target of 2% of GDP set out by the Science, Technology and Innovation Policy of 2013, asks Chidambaran G Iyer, Senior Fellow, Pahle India Foundation. The importance of research and development (R&D) in the industrialised world needs no emphasis.

We owe our modern lifestyle to the toils of the scientists and engineers who made all the technology advancements possible.

Many of the technologies that are now an inseparable part of our lives were the outcome of a Government supported R&D programme.

Modern States understand this and hence have generously supported R&D in science and technology, India being no exception.

To safeguard the work done in such programmes, intellectual property rights were defined so that there is incentive to carry on such work.

Patent is one such IPR.

As per the World Intellectual Property Organization, resident patent applications filed at the Indian patent office, increased from 1,267 in 1991 to 14,961 in 2017.

Thus, though our investment in R&D has resulted in increase in our IPR, we clearly have to speed up to match the non-resident patent application pace.

Incidentally, one of the sub-parameters of the recently released Global Innovation Index 2018 also points out to this need to catch up.

This sub-parameter which measures the number of resident patent applications filed at a given national or regional patent office (per billion PPP$ GDP), ranks India at 55.

It must be mentioned here that the resident patent applications filed at the Indian patent office, increased from 8,841 in 2011 to 14,961 in 2017, an increase of almost 70%, but our ranking remained almost the same.

What these numbers clearly point out is that given our size of GDP in PPP terms, we are consistently below the top 50 nations when it comes to filing resident patent applications.

In the sub-parameter mentioned above, China ranked 3 in 2011 and since then has ranked 1.

It is very clear that with respect to resident patent applications, China has been able to set the pace, which others have been trying to match.

One of the reasons for India's lacklustre performance has been less spending on R&D as a proportion of GDP.

In the Indian context, the major contributor to R&D expenditure has been the government.

In order to compensate for this, as well as incentivise private sector R&D, the government in April 2010 introduced a weighted tax deduction of 200% on company expenditure on in house R&D.

However, before one could the see effects of this policy on the ground, the government reduced the tax deduction to 150% from 2017 onwards, and to 100% from 2020 onwards.

This reduction in tax deduction will in no way accelerate private sector R&D.

With the private sector ruled out, the onus of catch up is now on the government.

Can our government shore up resources so that we hit the R&D expenditure target of 2% of GDP set out by the Science, Technology and Innovation Policy of 2013?

This will at least keep alive the nation's hope of catching the technology bus, which is already out of the station. 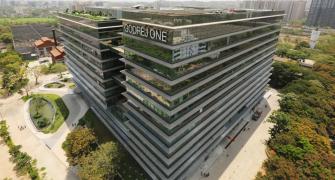