A long term solution to reduce India's Current Account Deficit will be to increase India's share of global merchandise exports so that we are able use our exports to fund our imports, points out Chidambaran G Iyer, Senior Fellow, Pahle India Foundation.
Illustration: Uttam Ghosh/Rediff.com

Rising crude oil prices and a weakening rupee have created conditions where our current account deficit is expected to hit the three per cent mark.

This has set alarm bells ringing across the economy.

With foreign investors pulling out of the stock markets, there is a lack of short-term capital to finance the CAD, which is adding to the pressure on the weakening rupee.

The government in its response increased import tariffs on a range of consumer white goods.

This increase has had its own share of critics pointing how protectionism will not help and how these responses are at best a palliative and not a cure.

Some commentators hope that the fall in the rupee will make our exports competitive, thereby boosting them -- which, however, will be only for the short term; our competitiveness ends when the foreign money comes back.

A long term solution to reduce our CAD will be to increase India's share of global merchandise exports, so that we are able use our exports to fund our imports.

However, except for 1948 and 1949, our share of global merchandise exports has never touched two per cent, and in the last seven years has been almost stuck at 1.7%.

There are numerous reasons for our non-increasing export share -- lack of integration to the global value chain, poor trade infrastructure, lack of scale, to name a few.

Thus, firms that want to export have to bear costs to overcome these barriers, which is in addition to the cost of exporting -- and that includes the cost of certification.

Global trade suffers from an asymmetric information problem where a buyer sitting thousands of miles away may not be aware of the supplier's quality of goods and hence even if they are available at cheaper rates, may choose not to buy.

One of the ways of reducing this asymmetric information problem in trade is through certification.

Opting for certification signals the customer about the worthiness of the supplier, and helps the customer in his/her decision-making process.

Certification has thus become a requirement for firms that seriously look to serve the export market.

The trend of ISO 9001 certification -- the most successful international quality management standard -- in India over the past many years gives us a few points to ponder.

However, very few from these registered firms opted for ISO 9001 certification.

The proportion of ISO 9001 certificates in India to the total number of registered companies peaked at 6 per cent in 2007.

It must be noted here that service firms are also eligible to apply for ISO 9001 certification. International experience suggests that around 45 per cent of the ISO 9001 certificates in 2017 were held by tertiary and primary sector companies.

With India experiencing a boom in service exports, it is very likely that in our case this share will be on the higher side.

From the above figures, it can be inferred that in 2017 not more than 18,000 manufacturing companies in India were ISO 9001 certified.

It is very likely that these companies may have contributed a lion's share of the country's manufacturing exports.

ISO 9001 certification for small firms takes up to four months, while that for large organisations, it goes up to nine months.

To oversee the process key staff may have to be diverted from their day to day duties; or else firms may have to recruit new personnel for this purpose.

Firms need to be re-certified every three years, thus making it a continuous, time-consuming and expensive exercise.

A lower proportion of ISO 9001 certification among new firms probably also indicates that an overwhelming majority of the registered firms focus only on the domestic market.

Exporting requires scale and high productivity which help defray the costs; lacking these, new firms probably are content with a small pie in the huge domestic market and seem to have themselves opted out of the export market.

Thus, in the short term, if policy-makers want to focus on increasing exports, they should incentivise the 18,000-odd manufacturing firms that seem to be serious about exports.

The long-term solution to reduce CAD will be to reduce trade-related costs and improve infrastructure so that more firms improve their productivity and opt into the export market. 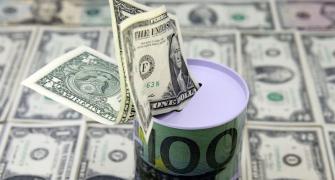