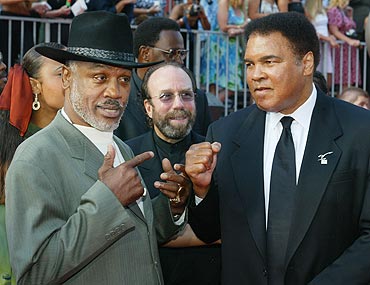 The sports world paid tribute to former heavyweight boxing champion Joe Frazier on Monday after the warrior whose toughness resonated with the blue collar everyman died at the age of 67.

- The legend of 'Smokin' Joe' Frazier

'Smokin' Joe' fought with fearless aggression that belied his modest size and packed a powerful left hook that helped him rule the world heavyweight division from 1970 to 1973.

Frazier, the first boxer to beat Muhammad Ali, died in Philadelphia a month after being diagnosed with liver cancer.

"The world has lost a great champion," Ali said in a statement on Monday. "I will always remember Joe with respect and admiration. My sympathy goes out to his family and loved ones."

Frazier, who won the world heavyweight title in 1970 after Ali had been stripped of the championship in 1967 for refusing to fight in the Vietnam War, also won the Olympic heavyweight boxing gold medal for the United States in 1964 in Tokyo. 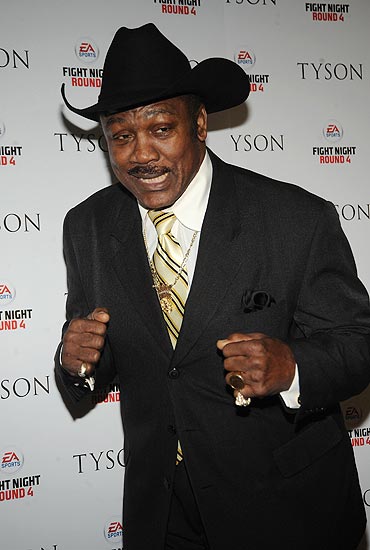 "We are all saddened by the death of a legendary Olympic champion," US Olympic Committee Chief Communications Officer Patrick Sandusky wrote on his Twitter account.

Current undefeated WBC World Welterweight Champion Floyd Mayweather Jr was among those who expressed their appreciation of the late Frazier.

"Condolences go out to the family of the late great Joe Frazier. The Money Team will pay for funeral services," he Tweeted.

'He was such a terror' 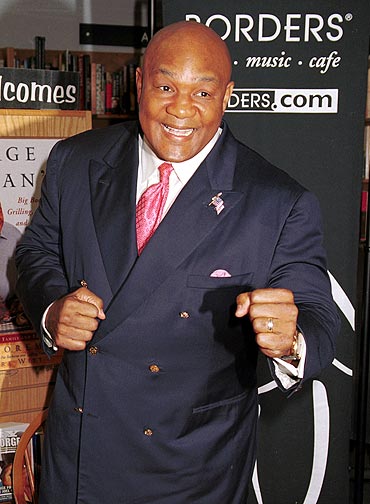 George Foreman, who twice beat Frazier told the BBC, "He was a wonderful man and a wonderful friend and the world won't be the same without him.

"He was such a terror. Muhammad Ali and George Foreman were big guys but when we went in the ring with Joe Frazier, we had to have respect.

"I hoped I never had to fight him. He wouldn't back down. If you hit him, he liked it.

"Even when they stopped the boxing match to award me the championship of the world he was still on his feet.

"When Ali and Frazier fought, there will never be a spectacular moment in sport like that again. It was big." 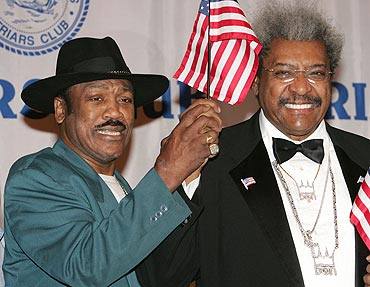 Promoter Don King who put on the famous 'Thrilla in Manila' fight between Frazier and Ali, said, "Smokin' Joe Frazier was the embodiment of what a great heavyweight champion and person should be. He was a great gladiator.

"The courage Smokin' Joe showed in The Thrilla in Manila -- answering every Ali onslaught with an equally withering response -- will remain in the hearts and minds of boxing fans around the globe forever. It was one of the most dramatic fights in history.

"One cannot underestimate the contribution Smokin' Joe and Ali made to progress and change by creating the space, through their talent, for black men to be seen, visible and relevant. The Thrilla in Manila helped make America better.

"Not only was he a great fighter but also a great man. He lived as he fought with courage and commitment at a time when African Americans in all spheres of life were engaged in a struggle for emancipation and respect.

"Smokin' Joe brought honour, dignity and pride for his people, the American people, and brought the nation together as only sports can do." 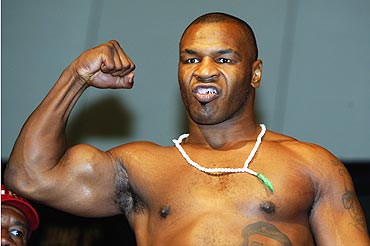 Former heavyweight world champion Mike Tyson also paid his respect to the former heavy weight champ saying, "Frazier and Ali were quintessential the apex of pedigree fighting in which each man would not give an inch until they were dead. Their era was competitive fighting at the highest level. As a young fighter it has always been an honor to be compared to Frazier."

'Frazier was a great ambassador of the sport' 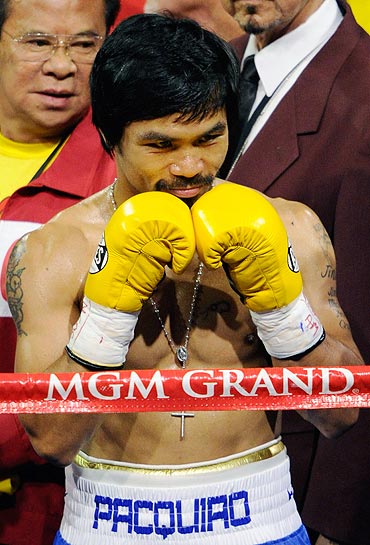 Manny Pacquiao, who has won world titles in an unprecedented eight weight divisions, said, "Joe Frazier was a great champion in boxing and a great ambassador of the sport. My prayers go out to his family." 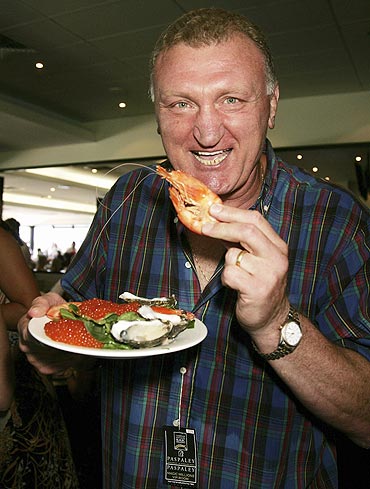 British fighter Joe Bugner, who lost to Frazier five months after being beaten by Ali in 1973, told BBC Radio 5 said, "You literally had to hit him with a sledgehammer to put him away.

"Joe took everything away I thought I had and made me realise I needed more. If I was going to succeed I needed a lot more. It hit me like a lightning bolt when I heard he died."

'His contributions to the sport are profound and immeasurable' 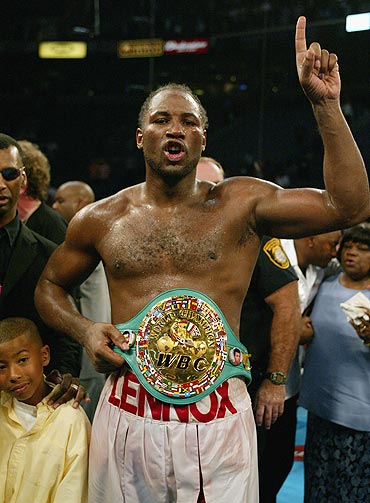 Former heavyweight world champion Lennox Lewis said, "I am extremely saddened at the news of the passing of former World Heavyweight champion Smokin' Joe Frazier. He made history in the greatest era ever of heavyweight boxing and his contributions to the sport are profound and immeasurable."