News
Business
Movies
Sports
Cricket
Get Ahead
Money Tips
Shopping
Sign in  |  Create a Rediffmail account
Rediff.com  » Sports » Will Formula One race at all in 2020?

Formula One needs a minimum of eight races for the season to be a proper championship. Formula One expects to run a shortened season of 15-18 Grands Prix once racing can resume after the coronavirus pandemic, hopefully during the European summer, chairman and chief executive Chase Carey said on Monday.

The original 2020 calendar had a record 22 races but the season has yet to start with the first eight postponed or cancelled and more likely to be called off.

Two, the opener in Australia and the showcase Monaco Grand Prix, have been cancelled while the others -- Bahrain, Vietnam, China, the Netherlands, Spain and Azerbaijan -- need rescheduling.

"We are all committed to bringing our fans a 2020 championship season," Carey said in a statement.

"We recognise there is significant potential for additional postponements in currently scheduled events, nonetheless we and our partners fully expect the season to start at some point this summer, with a revised calendar of between 15-18 races."

Formula One needs a minimum of eight races for the season to be a proper championship.

The next race that is still on is the June 14 Canadian Grand Prix in Montreal but that also looks uncertain, as does France on June 28, and some are already questioning whether Formula One will race at all in 2020.

The coronavirus has laid waste to the sporting calendar, with the European Championship soccer tournament moved from June to next year and the Tokyo Summer Olympics in July-August set to be postponed.

Carey recognised that nobody could be certain when the situation might improve but said the 10 teams would be ready to go racing when it did.

The revised calendar would be considerably shaken up from what was previously published, he added.

Formula One has already brought forward the traditional August break to three weeks in March and April so that it can create a space for rescheduling some of those races that had to be postponed.

Carey said he expects the season, which was due to finish in Abu Dhabi on November 29, to run into December "with the actual sequence and schedule dates for races differing significantly from our original 2020 calendar.

"It is not possible to provide a more specific calendar now due to the fluidity of the current situation," added the American.

"But we expect to gain clearer insights to the situation in each of our host countries, as well as the issues related to travel to these countries, in the coming month."

He said the situation also offers an opportunity "to evolve the sport, experiment and try new things" through initiatives such as esports and developing more innovative content.

"We’re confident we’ll all get through this and see better days ahead, and, when we do, we'll ensure that everyone invested in this sport at every level feels rewarded," said Carey.

© Copyright 2021 Reuters Limited. All rights reserved. Republication or redistribution of Reuters content, including by framing or similar means, is expressly prohibited without the prior written consent of Reuters. Reuters shall not be liable for any errors or delays in the content, or for any actions taken in reliance thereon.
Related News: Chase Carey, Circuit de Barcelona-Catalunya, Charles Leclerc, Getty Images, IMAGE
SHARE THIS STORYCOMMENT
Print this article 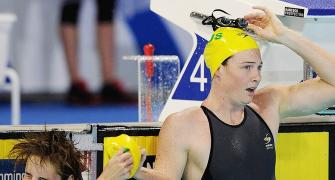 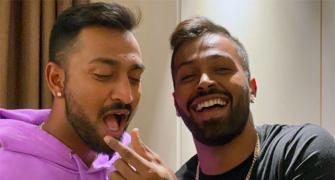