Japan has at least 164 cases of infections from the flu-like coronavirus, apart from 691 reported from a cruise ship docked south of Tokyo. 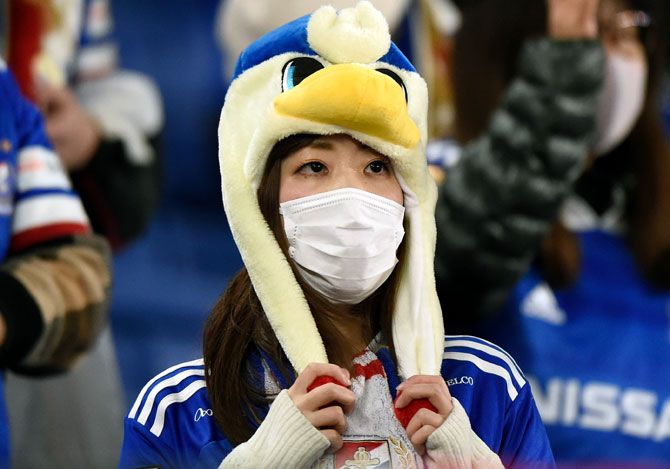 IMAGE: Fans are seen wearing masks to prevent the transmission of coronavirus prior to the AFC Champions League Group H match between Yokohama F.Marinos and Sydney FC at Nissan Stadium in Yokohama, Japan, on February 19, 2020. Photograph: Matt Roberts/Getty Images

Japanese Prime Minister Shinzo Abe on Wednesday called for sports and cultural events to be scrapped or curtailed for two weeks as the country battles to stem coronavirus contagion amid mounting concerns the 2020 Tokyo Olympics could be cancelled.

Abe's call came after a Tokyo baseball team said it would play games in an empty stadium this weekend, while two businesses in central Tokyo reported confirmed cases of infection a day after the government urged companies to recommend staff consider working from home.

"Taking into account that the next one to two weeks are extremely important in stopping the spread of infection, the government considers there to be a large risk of transmission at sports, cultural events and large gatherings of people," Abe said in parliament.

Japan has at least 164 cases of infections from the flu-like coronavirus, apart from 691 reported from a cruise ship docked south of Tokyo. The government has shifted strategy in fighting the contagion, seeking to slow its expansion and minimise the number of deaths - now five - rather than stopping it completely, now seen as impossible.

Earlier on Wednesday the minister in charge of the Olympics sought to quell fears the Olympics could be cancelled.

International Olympic Committee (IOC) member Dick Pound said earlier the Games would more likely be cancelled than postponed or moved should the virus threat enforce any change in schedule, the Associated Press reported, with a decision necessary by May.

"The IOC is preparing for the Tokyo Games as scheduled," Minister Seiko Hashimoto said in parliament when asked about Pound's comment. "We will continue our preparations so that the IOC can make sound decisions." 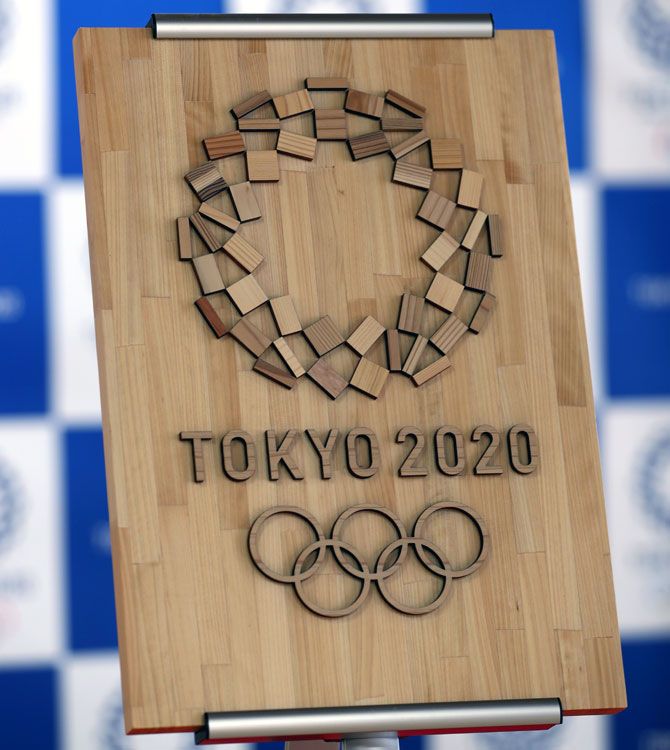 IMAGE: Officials have consistently denied the Olympics will be postponed or cancelled. But Tokyo has been forced to postpone training for volunteers, with large scale gatherings like March's Tokyo Marathon already voluntarily curtailed or halted altogether. Photograph: Clive Rose/Getty Images

In a briefing with reporters, Japan's Chief Cabinet Secretary Yoshihide Suga said he had been told by the IOC that Pound's comment that any cancellation decision would be made in May is not the IOC's official stance.

Officials have consistently denied the Olympics will be postponed or cancelled. But Tokyo has been forced to postpone training for volunteers, with large scale gatherings like March's Tokyo Marathon already voluntarily curtailed or halted altogether.

Meanwhile the Yomiuri Giants baseball said on its website it would stage planned preseason games versus cross-town rival the Yakult Swallows at its Tokyo Dome stadium, but with no fans in the building.

Separately the national sumo association said a board meeting would be held on March 1 to discuss whether to proceed with its spring tournament, due to start in Osaka on March 8. Japan's professional soccer league has already called off all domestic games through the first half of March.

The growing shadow over the Olympics came as Dentsu Group Inc, an advertising giant deeply involved in the Games, told employees to work at home after a confirmed coronavirus case at its central Tokyo headquarters. Its shares in slid to a seven-year low amid the concerns about the Games.

In another confirmed case, property developer Mitsubishi Estate Co said one of its skyscrapers in the Marunouchi business district had been visited by a person with the virus.

© Copyright 2021 Reuters Limited. All rights reserved. Republication or redistribution of Reuters content, including by framing or similar means, is expressly prohibited without the prior written consent of Reuters. Reuters shall not be liable for any errors or delays in the content, or for any actions taken in reliance thereon.
Related News: IOC, Tokyo Marathon, Shinzo Abe, Yokohama, Japan
SHARE THIS STORYCOMMENT
Print this article 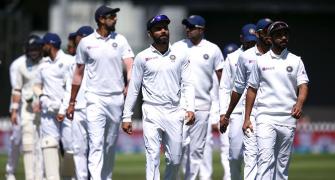 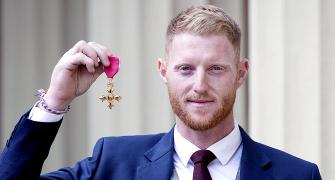 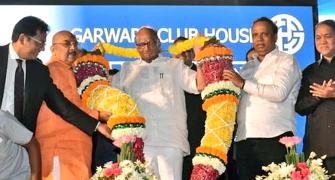 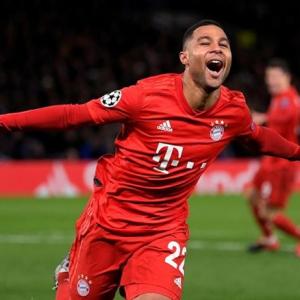