'There is no need to bring politics into everything. Sports is one such field where you should never bring in politics.' 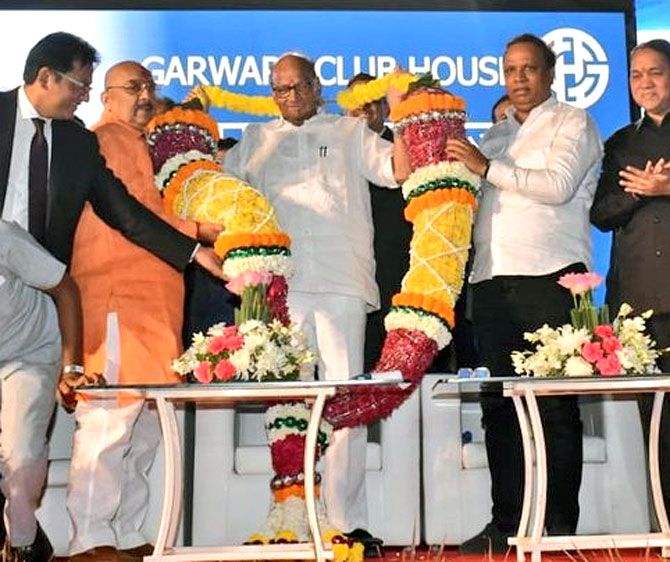 Former ICC and BCCI president Sharad Pawar said politics should not be brought into sports and the administrators' only aim should be to help sportsperson and provide them the best of facilities.

"Today on the dias here, my friends are from different political parties. One thing we had agreed on long back is that when its time for political battle then we will give each other a tough fight, but we will not bring politics into everything. And sports is one such field where you should not bring in politics," Pawar said in Mumbai on Tuesday.

NCP supremo Pawar was felicitated by Garware Club House, which is housed inside Mumbai's Wankhede Stadium, during the 'Namastey Pawarji' event on Tuesday.

"How you can find good sportsperson, identify their problems, and also people who have given their life to sports, how we (administrators) can help them, by giving them the best of infrastructure, we need to focus on that only," he added.

Former Mumbai Cricket Association chief Pawar, who will turn 80 in December this year, spoke on how sports infrastructure was developed at Wankhede Stadium in Mumbai and at Balewadi Sports Complex in Pune to give more opportunities to budding sportsperson.

Pawar has served in various capacities in sports including presidents of the Board of Control for Cricket in India president as well as the International Cricket Council.

Source: PTI© Copyright 2022 PTI. All rights reserved. Republication or redistribution of PTI content, including by framing or similar means, is expressly prohibited without the prior written consent.
Related News: Sharad Pawar, Mumbai Cricket Association, Board of Control for Cricket in India, NCP, Garware Club House
COMMENT
Print this article 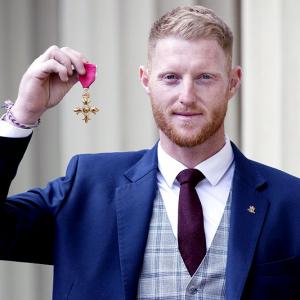