It's V-Day in Mumbai and some of India's top sportsmen went to the polling booths to exercise their rights.

Sachin Tendulkar, Vinod Kambli and Mahesh Bhupathi were among those who exercised their franchise and urged citizens to fulfill their duty.

"Voting this year has been so much more special with Sara and Arjun voting for the first time. I urge you all to go out and VOTE too," Tendulkar wrote on his Twitter handle alongside the above photograph.

"Last thing we want to do today is be influenced by political parties’ propaganda. Let’s keep it simple, If things that matter to you have improved, vote the guy in, if not, vote him out. #Elections2019," he had tweeted on Sunday.

Renowned commentator Harsha Bhogle showed what a responsible citizen he is.

"Back from Kolkata in time to vote. I hope you did too," tweeted Harsha Bhogle. 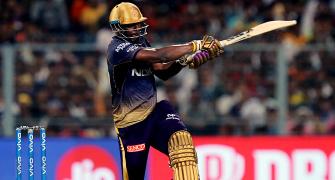 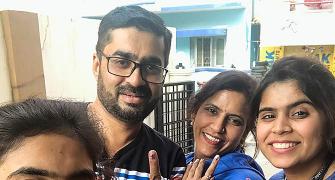 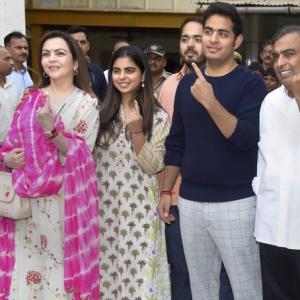