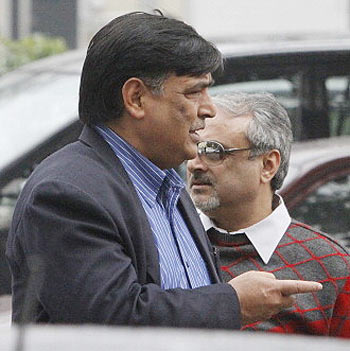 Recommended by the Athletics Federation of India, Bhanot fought through a 14-strong challenge in the elections to be picked as one of the five vice-Presidents during the AAA council on the eve of the Asian Championships in Wuhan.

Tainted in the corruption scandal that engulfed the 2010 Commonwealth Games, Bhanot served as secretary of AFI for more than a decade and was the Secretary General of the IOA when it served a 14-month suspension by the IOC.

He is currently the chairman of AFI's Planning Committee.

Although Bhanot was not allowed to contest IOA elections last year by the International Olympic Committee after being jailed for some months in connection with the Commonwealth Games scandal, there was no such bar on him to contest the AAA polls.

Former IOA and AAA chief Suresh Kalmadi, who was also jailed along with Bhanot in the same case, contested the continental body's presidential elections in 2013 though he lost the polls.

Kalmadi was recently made life president of the AAA for his contribution in Asian athletics as its head for 13 years from 2000 to 2013.