Olympian and 1978 Asian Games gold medallist Suresh Babu, who inspired a lot of youngsters to take up athletics in the 1970s and 80s, died at a hospital in Ranchi on Saturday after vomiting blood.

His demise cast a pall of gloom over the ongoing 34th National Games.

He was 58 and is survived by his wife, a son and daughter.

At the National Games as the Kerala contingent's chef-de-mission, the former long jumper and chief national athletics coach, was declared dead at around 11:30 am due to liver cirrhosis after being rushed to the Rajendra Institute of Medical Sciences in the morning.

The news of Suresh Babu's death was a big jolt to the spirited Kerala contingent, which, riding on their track and field performance, are in eighth spot on the medals standings, with 13 gold, 11 silver and 11 bronze.

Confirming the news, K S Babu, an official of the Kerala Olympic Association said, "He died at around 11.30am. His family members have been informed."

A charter flight will take his mortal remains to his home in Kerala, organisers of the National Games said.

Put up at the Khel Gaon (Athletics Village) near the Mega Sports Complex in the outskirts of the city, Suresh Babu fell ill in the morning as he vomited blood and was rushed to RIMS, K S Babu said.

"He was put on ventilator and doctors tried their best but in vain...," he added.

"He has a history of illness. He was a suffering from kidney complications and three months back he recovered from a bout of jaundice. His blood pressure was low. But his personal doctor back home in Thiruvananthapuram had permitted him to accompany the team," he said.

Holder of national titles in jump events and decathlon, Suresh Babu dominated Indian track and field between 1972 and 1979 and was conferred the Arjuna award.

At the tender age of 19, he first represented India at the 1972 Munich Olympics.

But his claim to fame came after two years, at the Tehran Asian Games, when he won his first medal -- a bronze -- in the decathlon. The following year, he clinched the title in the Asian Championships in Seoul.

In between, he captained the Indian Universities athletics team at the World Universities Games at Moscow in 1973.

Leading the Indian athletics contingent in the 1978 Commonwealth Games at Edmonton in Canada, he concentrated on long jump and earned the country a bronze.

But his biggest moment of glory came in the 1978 Asian Games in Bangkok where he went on to grab the long jump gold.

His winning effort of 7.85 metres was far short of T C Yohannan's 8.07m in the previous edition, but nevertheless he maintained an Indian tradition with the yellow metal in long jump. 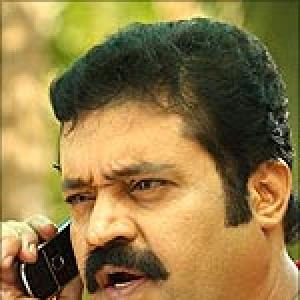