A summary of sports events and sports persons, who made news on Sunday. 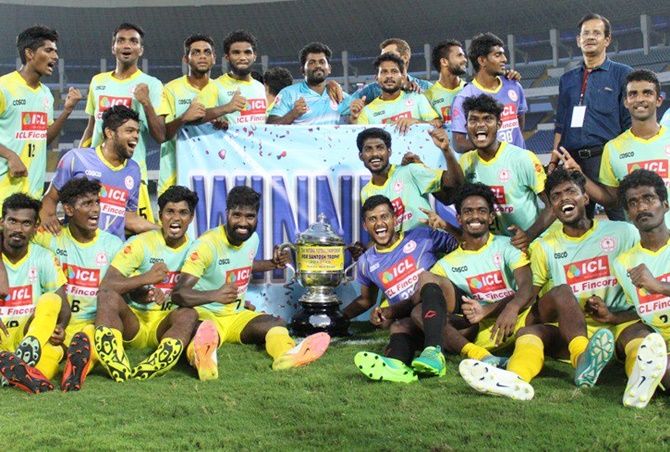 Kerala held their nerves to beat Bengal via penalty shootout as they clinched their sixth national football championships for the Santosh Trophy at the Salt Lake Stadium in Kolkata.

Locked 2-2 after extra time, Kerala goalkeeper Mithun V put up a stellar show in the tie-breaker to help his side win 4-2.

For the final kick, Jiten Murmu took on the gloves but Seesan S shot past him to deliver Kerala their first Santosh Trophy since 2004-05.

Kerala had beaten Punjab 3-2 with an extra time goal to win their earlier Santosh Trophy title in New Delhi in October 2004.

After the regulation time stalemate, Kerala once again went ahead in the extra time when Vibin Thomas found the net with his 117th minute header.

Kerala had the numerical advantage in the last eight minutes when Rajon Burman was sent off in the 112th minute.

But despite the odds, Tirthankar Sarkar scored late from a curling free kick in the 120+6th minute to take the game into the tie-breaker.

However, it was a heartbreak for Bengal as they failed to defend their crown as the Satheevan Balan coached-side kept a clean record to clinch their sixth title.

The hosts were on the attack straightaway as Sarkar had two free-kick chances from the left side of the area within the first six minutes.

While the first one was duly cleared by the Kerala wall, left-back Sreerag G pulled off a goal-line clearance from a Monotosh Chakladar's shot after goalkeeper Midhun V parried it away.

It was Kerala who broke the deadlock against the run of play when Jithin Gopalan intercepted a ball in the centre of the park and found Seesan S close by. He then showed some great vision to release Jithin MS on the run.

Bengal's left-back Abhishek Mukherjee was off his position and with Sourav Dasgupta failing to track the winger, Jithin MS brought up his fifth goal of the tournament by slotting home through goalkeeper Ranajit Majumder's gates.

All attempts by Bengal forwards were thwarted by the southern side. Monotosh Chakladar attempted a header from a set-piece in the 25th minute but it was straight to Midhun.

Skipper Murmu tried his luck after the half-hour mark from long range but the ball went over the bar.

Bengal finally put their foot on the gas and scored when Chakladar headed down a long ball and substitute Rajon Barman broke through to feed the striker who found the back of the net with a delectable left-footer.

Visibly tired, both teams slowed down in the last 30 minutes.

In the 117th minute, Kerala took advantage of the extra man and Jestin George's cross from the left was headed home by Thomas.

However, Sarkar had other plans when he converted from a free-kick from 25 yards in the sixth minute of injury time, taking the game to a shootout.

Henry Kisseka put the I-League outfit Gokulam Kerala FC in the lead in the 33rd minute but Miku restored parity for Bengaluru in the 70th minute before Udanta (90+5 minute) found the match-winner for the Indian Super League runners-up side with a few seconds left in the match.

The first half began with Gokulam FC pressing hard. However, it was Bengaluru who had the first clear chance to take a lead in the 11th minute, when Sunil Chetri failed to find the back of the net, thanks to a brilliant save from the Kerala side goalkeeper Nikhil Barnard.

Thereafter, a series of attacks plied on both sides yielding no results.

However, a brilliant pass in the 33rd minute from Gokulam FC's Macedonian forward Hristijan Denkovski to Henry Kisseka gave the I-League outfit a crucial lead in the game.

Bengaluru pressed hard constantly on Gokulam FC but some brilliant interceptions and a solid defence coupled with some error-free goalkeeping kept their opponents at bay.

Bengaluru FC nearly scored one in the 50th minute through Subhashis Bose, but the ball hit the post. Their continued effort finally yielded results when Miku scored in the 70th minute through a brilliant back heel pass from Udanta, beating Gokulam FC goalkeeper Bernard.

Thereafter, it was Bengaluru FC dominating the field, pressing high up in the attack with large numbers in a bid to take the lead and their efforts finally brought results through a brilliant goal from Udanta in the dying seconds of the injury time.

Striker Aser Dipanda Dicka struck twice, including one from the spot, as Mohun Bagan rallied to beat Churchill Brothers 2-1 and book a quarterfinal berth in the Super Cup football tournament.

Mohun Bagan were trailing after Willis Plaza found the target in the 30th minute but Dicka equalised by converting from the spot at the stroke of half-time (45+2) before scoring the match-winner in the 70th minute to help his side walk away with all the three points.

It was Nicholas Fernandes who did the spadework for Churchill's goal as he ran down the middle of the pitch and squared the ball for Plaza at the edge of the box. The Trinidadian took a touch, went past Eze Kingsley and found the back of the net.

Jolted by the reverse, Mohun Bagan attacked relentlessly and their efforts paid dividends as the Kolkata giants won a penalty kick in the added time of the first half after Nicholas Fernandes brought SK Faiaz inside the box.

Dicka stepped up to convert the spot kick. His initial shot was saved by Churchill goalkeeper Ricardo Cardozo but Cameroonian pushed the ball into the net from the rebound.

Mohun Bagan continued from where they left in the first half with several waves of attacks against the citadel of the Goan side.

Watson sent a long ball inside the Churchill box and Akram Moghrabi kept the ball in play with a header for Dicka to slot it home comfortably.

Indian paddlers Raj Mondal and Sourav Saha knocked out the top seeds before settling for a bronze medal in the men's doubles event of the Spanish Open Challenge in Guadalajara, Spain.

In a tense opening round, Mondal and Saha got the better of Hong Kong's Siu Hang Lam and Pak Nam NG in a five-game battle.

The second round was a breeze, with Camilo Giraldo of Colombia and Alfonso Olave (Chile) becoming easy fodder for them. The Indians won 11-9, 11-7, 11-7.

Mondal and Saha, however, met their match in the semifinals. They began on a high note winning the first game 11-7 but slowly disintegrated under the combined onslaught of the Korean pair of Eonrae Cho and Minhyeok Kin. 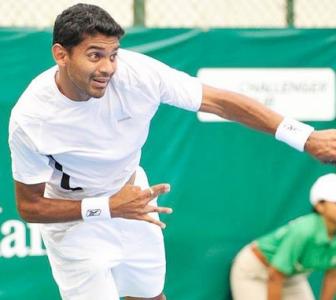 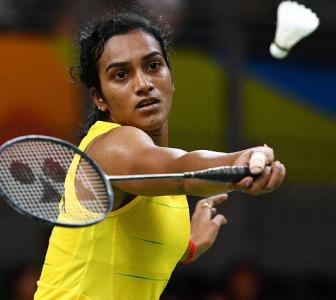 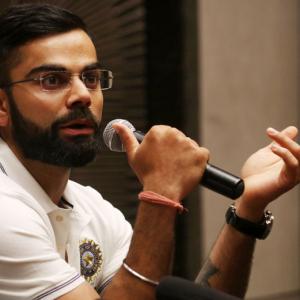 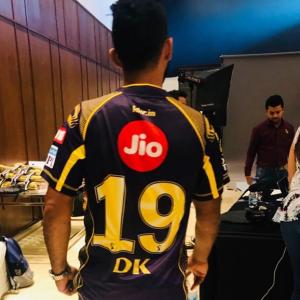