Former South African Olympian Gregg Clark has been appointed head coach of India's junior men's hockey side to prepare them for the World Cup to be held in New Delhi later this year.

Clark is also the chief coach of Ranchi Rhinos who won the title in the inaugural season of the Hockey India League.

The 42-year-old has had a seven-year coaching stint with the South African national side as well.

Clark will commence his assignment with the Indian side from April 13.

"After coaching Ranchi Rhinos in the inaugural season of HIL, I can say that Indian Hockey has very bright future. I look forward to working again with Baljeet Saini, who along with the other coaching staff have done a great job with the team to date," Clark said.

Clark has over 250 international caps and has represented South Africa in two World Cups in Sydney 1994 and Kuala Lumpur 2002, two Olympic Games, in Atlanta 1998 and Athens 2004.

On Clarke's appointment, Hockey India secretary general Narinder Batra said, "Being the hosts of the Junior World Cup I think this is the best opportunity for India to achieve a top 3 finish."

"Hockey India has been looking for a candidate that not only has the experience of making players tactically and mentally stronger, but who can also consolidate the final preparations of the team. We are confident that Gregg Clark will provide a significant contribution to the existing coaching team for the junior men," he added. 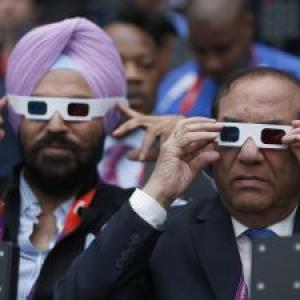