Somdev Devvarman took his singles rankings to a new high by climbing to number 68 in the ATP chart while Sania Mirza rose three rungs to 74 in the WTA list, released on Monday.

Somdev gained two positions by making the quarter-finals of the Serbia Open, where he lost to Janko Tipsarevic last week.

Sania had exited the Madrid Open in the first round after entering the main draw through qualifiers. In the doubles also she continued to improve as she now sits at number 27 with a gain of two slots.

In the ATP doubles chart, both the veteran stars -- Mahesh Bhupathi (5) and Leander Paes (7) -- were unchanged while Rohan Bopanna registered a one place improvement to be at number 13.

In the doubles team rankings, Paes and Bhupathi continued to be world number two pair but Bopanna and his Pakistani partner Aisam-Ul-Haq Qureshi have slipped to sixth from fifth. 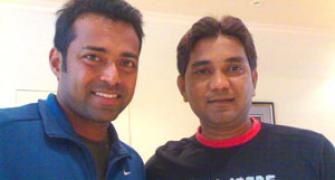 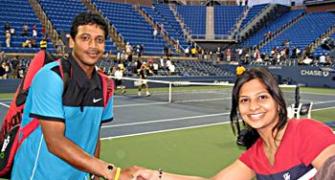 Spotted: Mahesh Bhupathi at the US Open 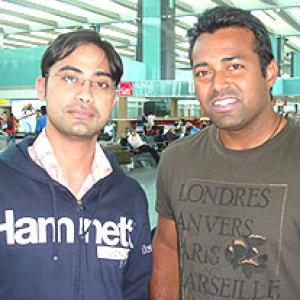