Ace Indian shuttler Saina Nehwal failed to sustain her impressive touch as she suffered a straight-game defeat at the hands of world No 1 Yihan Wang of China in the semi-final of the Malaysian Open Super Series, in Kuala Lumpur.

The 21-year-old Indian was ahead initially in both the games but her performance dipped several notches down later on with the Chinese dominating in all departments.

In the first game, Saina was leading 6-2 before Wang caught her up at 8-8. From there, the Chinese kept Saina tied down. From 18-15, Wang reeled off three straight points to take the game 21-15.

In the second game also, Saina opened up a 5-2 lead but her opponent caught her up at 10-10. From thereon, Saina had to play catch-up game.

But the veteran Chinese shuttler was not the one to relax a bit, and from 15-14, Wang zoomed ahead with four straight points before closing the game and win the match comfortably. 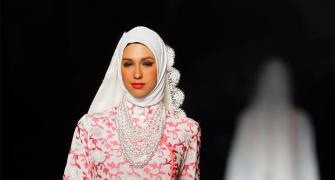